Arsenal's Gabriel Jesus out around 3 months 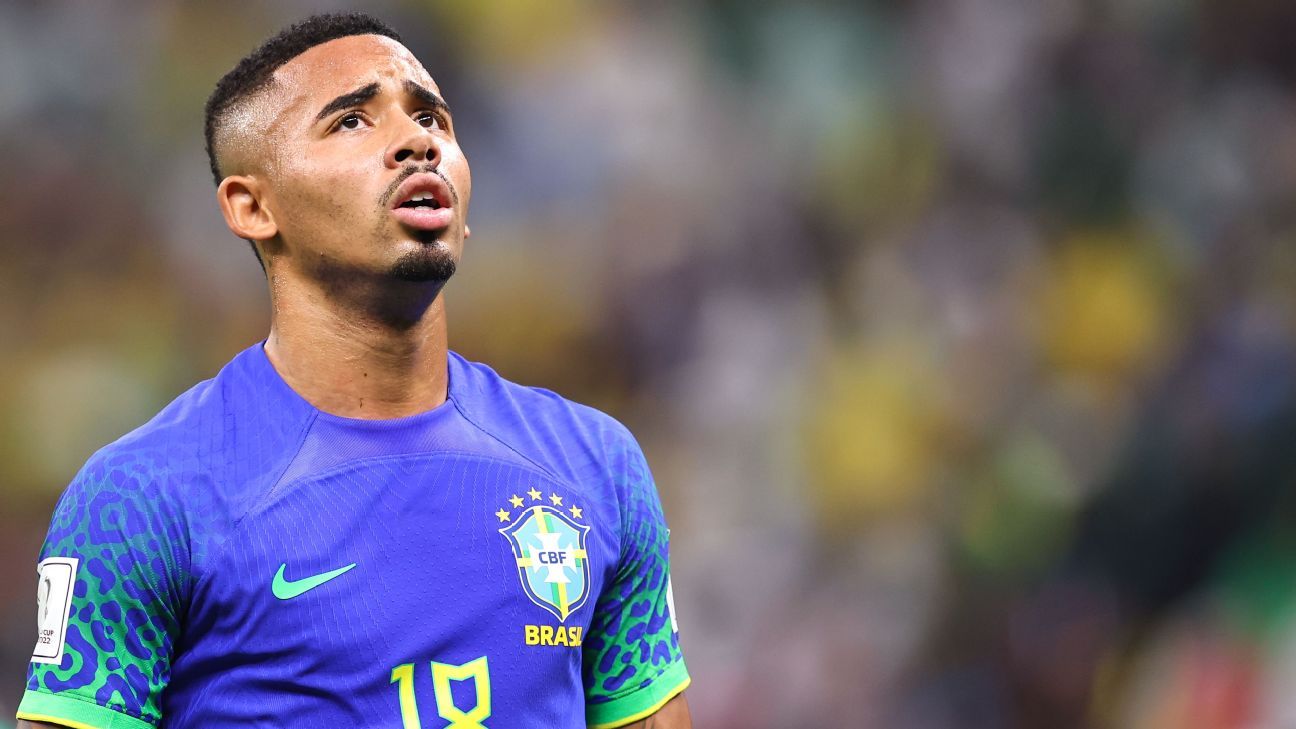 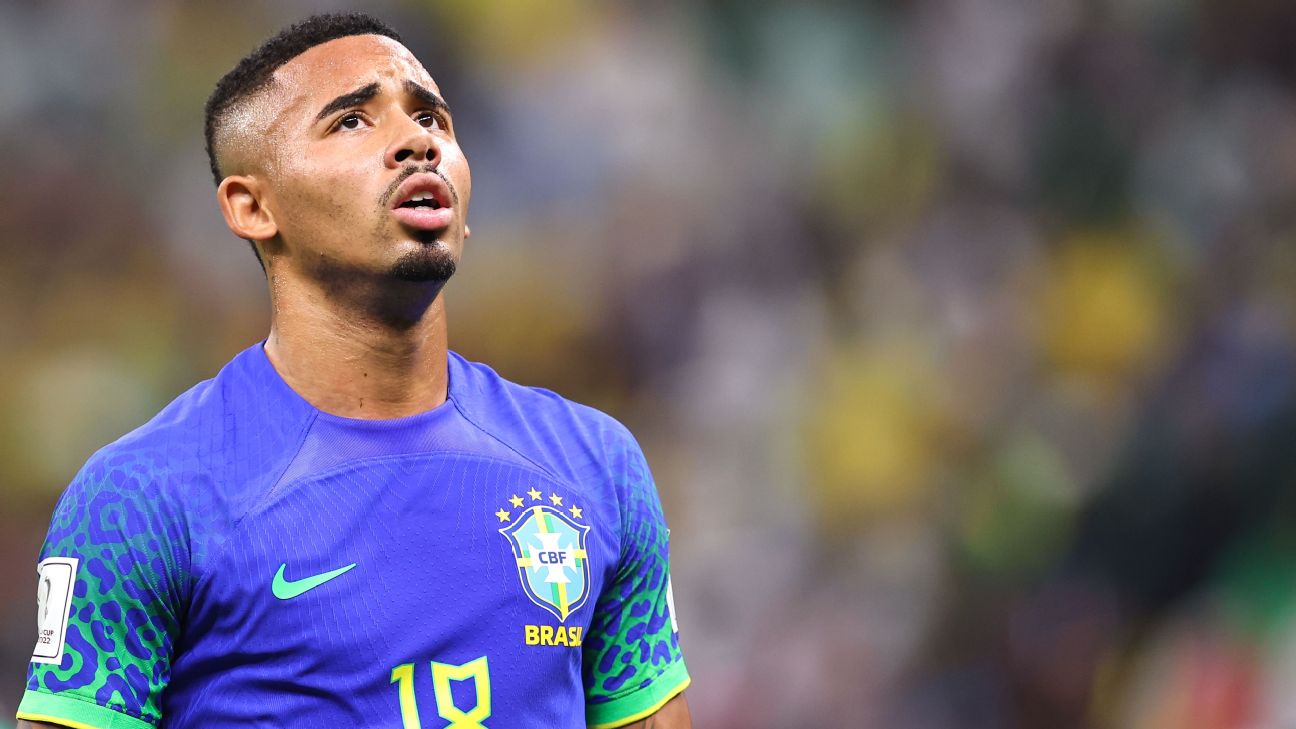 Arsenal’s Premier League title hopes were dealt a major blow on Tuesday after it was confirmed striker Gabriel Jesus has undergone knee surgery with sources telling ESPN the striker could be sidelined for around three months.

The 25-year-old suffered medial ligament damage in his right knee during Brazil’s World Cup group stage defeat to Cameroon last Friday which prematurely ended his involvement at the finals in Qatar.

Jesus initially stayed with the Brazil squad while the extent of his injury was determined but he then flew back to London for further examinations, at which it was decided he needed an operation.

No official timescale has been placed on his recovery with a club spokesman insisting it was “too early” to fully assess the damage but sources in Brazil have told ESPN that the initial feedback is Jesus could be out for three months.

A club statement read: “Gabriel Jesus has successfully undergone surgery to his right knee after suffering an injury during the Brazil v Cameroon World Cup group stage match on Friday.

“Gabby will now begin his rehabilitation programme. Everyone at the club is supporting Gabby and will be working hard to get him back on the pitch as soon as possible.”

The news will come as a significant setback for manager Mikel Arteta and the Gunners’ hopes of winning the Premier League title.

Arsenal entered the World Cup break with a five-point advantage over defending champions Manchester City and although Jesus was in the midst of an 11-game goal drought across all competitions, his relentless work ethic and determination had a talismanic effect on Arteta’s side.

Jesus, a £45 million summer signing from City, quickly became a fans’ favourite and was brought into Arsenal’s leadership group early in the season despite only recently joining the club.

Arsenal could now be forced into the transfer market given they will be relying on Eddie Nketiah, who has scored just 10 Premier League goals in his fledgling career and Gabriel Martinelli, primarily used by Arteta as a winger.

Brazil coach Tite previously lashed out at suggestions Jesus had any fitness problems prior to the Cameroon game.

“I don’t like hearing lies out there, evil lies,” he said. “At no time do we play for victory at the risk of a player’s peril. The liar who’s out there — because that’s the name isn’t it, the haters, right?