The United States women beat Mexico 4-0 again in East Hartford, Connecticut, on Monday in its final warmup match for the Tokyo Olympics.

This was the second of two pre-Olympic friendlies for the U.S. against Mexico, with the Americans easing to victory by a 4-0 final scoreline on Thursday.

The U.S. picked right up where it left off last week with Lindsay Horan opening the scoring from a stellar volley after Carli Lloyd had played her in with a flicked-on header.

Lloyd then had the U.S. up two just after the 10-minute mark, diving to head Crystal Dunn’s cross past Mexico keeper Itzel González.

Goals from Tobin Heath, in the starting lineup for the first time after being out injured, and Christen Press saw the Americans take a four-goal advantage into the half-time break.

The U.S. applied plenty of pressure to Mexico’s defense in the second half, but Vlatko Andonovsi’s side could not add to the goals tally and settled for the same scoreline as it did in the teams’ previous match.

The U.S. women face Sweden on July 21, New Zealand on July 24 and Australia on July 27 in group play in Tokyo in its quest to win Olympic gold for the fifth — and third-consecutive — time. 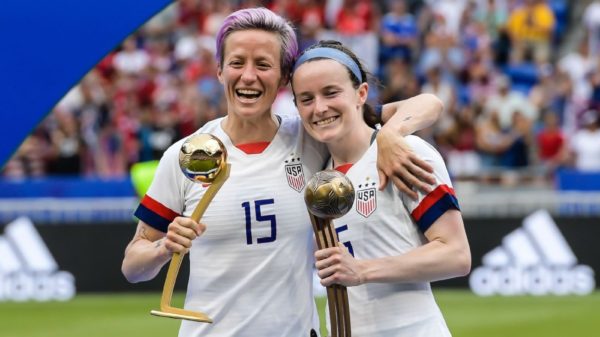 Megan Rapinoe and Rose Lavelle are back with OL Reign. The National Women’s Soccer League club re-signed Rapinoe to a one-year deal while Lavelle’s... 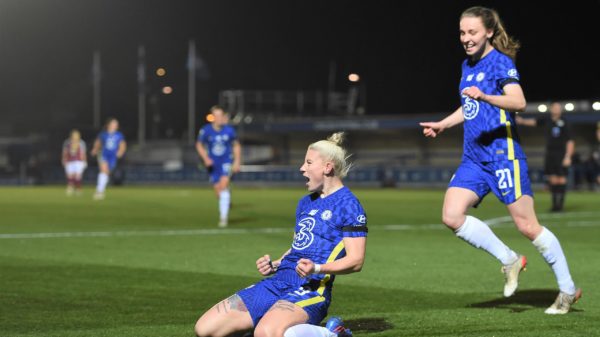 Chelsea moved within a point of Women’s Super League leaders Arsenal after beating West Ham 2-0. The Blues were made to work extremely hard...

Dutch striker Vivianne Miedema has revealed she has spoken to Paris Saint-Germain and Barcelona about a move but has not ruled out staying with...