MODEL’S from Ukraine’s notorious “Butt Squad” – who were jailed for a racy photo shoot in Dubai – have backed England to win Euro 2020 with a very cheeky display ahead of tonight’s clash with Denmark.

Their cheeky balcony snap on a skyscraper caused outrage when it went viral in April – but now nine of the women daubed their rears with St George’s crosses as they sent a message of support to the Three Lions.

After coming to terms with the heartbreak of seeing their own national team crash out 4-0 after a thrashing, the girls decided to get behind Harry Kane and the lads as they prepare for the semi final at Wembley.

The squad decorated themselves with England flags on their faces and rears as they painted placards with words of support for the team.

And their main message is: “No Butts, beat the Danes.”

Other messages read “we are your rear guard”, “we are behind you” as they predicted the ambitious scoreline of “10-0”.

One of the girls even offered a direct message of support the England keeper Jordan Pickford, who hasn’t let in a single goal all tournament – telling the Everton stopper to “catch it all”.

The squad had previously posed wearing Ukrainian colours ahead of their national team’s Euros showdown with England in Rome.

Tourism student Diana Oksanich  one of those imprisoned over the Dubai shoot, told The Sun Online: “We showed support to our national team, who proved to be worthy to be among Europe’s top eight.

“But sport is unpredictable, and after England’s brilliant performance, we decided to get behind them.”

The 19-year-old added: “Yes our team lost, but we love the sport and  when choosing whom to cheer for, England’s an obvious choice.

“It’s a win that all of us are waiting for and we wanted to make a great video to show our support.”

England sunk Ukraine with two goals from Harry Kane, along with a header from Harry Maguire and a strike from Jordan Henderson that all reached the back of the net.

It was England’s biggest win of the tournament so far after banishing Germany 2-0 in the round of 16 – and has stoked the football fever sweeping the country as fans start believe it could be “coming home”.

And the Butt Squad’s latest stunt also saw one punter stake £50,000 on England in the girl’s names with betting firm BookieLink.

They stand to bag themselves £87k should England bring home the bacon tonight against the Danes.

“Such a win will make up in some way for their hideous experience in the Dubai jail,” a source said.

England is now just one step from the final – where they could end up facing Italy, who staked their spot with a win on penalties over Spain.

The “Butt Squad” rose to infamy when they flew to

to Dubai with playboy Vitaliy Grechin, 41, based in Kyiv, in April.

After a scandalous naked shoot on a balcony, 13 of the female participants were held in a “hell” jail in Dubai as was Grechin.

They were accused of public indecency but eventually released and ordered to leave the United Arab Emirates.

Grechin, who holds a US passport, was previously pictured with a string of famous names including Barack Obama, Hillary Clinton, George Clooney,  and Sylvester Stallone.

The women were accused of offending public decency, and have been banned from Gulf countries for at least five years.

Photographer Alexander Ten flew out to Russia before Dubai police started rounding up the participants.

Butt Squad model Evgenia Taran told of their hellish experience as they held by the authorities for two weeks.

“The light was on 24/7 and there was endless knocking air conditioning,” she said.

“The lack of toilet paper, spoons, and human attitude from employees goes without saying.

“But the most terrible thing is ignorance, because your questions are not answered, and they allow you to contact the world according to their mood, and for money.”

The model added: “The only thing that saved me there were the books I somehow managed to beg for.”

Playboy businessman Grechin is known as somewhat of a man of mystery – and being stocky and unshaven is not everyone’s idea of a playboy.

But he was pictured playing piano surrounded by the naked models – and boasts he slept with two of the girls.

The businessman told The Sun: “I live the way 90 per cent of heterosexual males on this planet would like to live but don’t. And I don’t want to apologise for it.”

His Facebook page is plastered with pictures of him in exotic locations with glamorous young women.

He was held for 20 days over the stint before then contracting Covid while behind bars, ending up in a quarantine.

Saddled with a six-figure legal bill to sort out the mess, speaking from an isolation facility he said: “It’s not a prison but I can’t leave the room and everything I do is monitored.”

Vitaliy insisted his Butt Squad are just “friends” — nor was the balcony pose a publicity stunt or promotion of any sort.

The dad-of-two said: “What the girls did is wrong, based on the laws of Dubai.

“But we are talking about a bunch of very young, excited, open-minded, regular girls who have nothing to do with escorting, modelling or anything else.

“In Dubai, everything is on camera. If we had other guys coming over, if these girls were prostituting, it would all show up.”

He admits sleeping with two of the Butt Squad, explaining: “I’ve had sexual relations with two of these girls. And not at the same time. We’re normal people.”

Several Russian models escaped from Dubai before police rounded up the participants.

And a Russian IT company boss Alexey Kontsov, 33, who allegedly posted pictures of the stunt was also taken into custody.

Speaking to Russian news outlet Life, Ten admitted he shot the balcony pics – but blamed Grechin for the scandal.

“I do not know that I am wanted in Dubai. I did not offer anything. I am an ordinary photographer. This was a special shoot for Vitaliy Grechin and his needs,” he said.

“I was told to arrive at the appointed time and place and take pictures of the girls, so I arrived. I was personally hired by Grechin.” 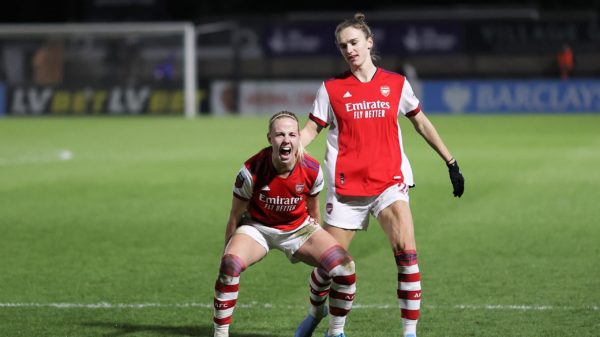 Arsenal staged a second-half fightback to beat Brighton 2-1 and restore their four-point lead at the top of the Women’s Super League table. Chelsea’s... 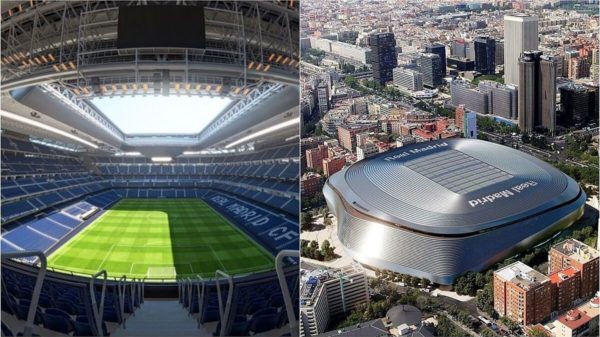 With work on the Estadio Santiago Bernabeu progressing, Real Madrid have agreed a 25-year deal with sports and events company Legends which is worth... 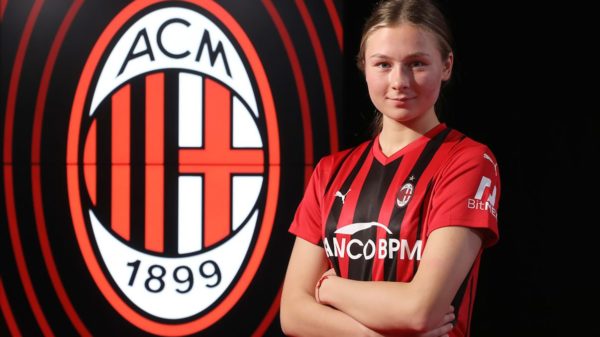 AC Milan Women’s forward, Rimantė Jonušaitė, recently underwent surgery for an injury to their right knee. The club has confirmed this via an official statement....