Dave Kidd: North London derby being Strictly for title hopefuls is as disorientating as watching Tony Adams in sequins

'What are they feeding them in Brazil?' - Watch Santos' U13s score outrageous team goal ending in back-heel flick

There’s nothing Josh Bebetski could have done to replicate what he felt last Saturday night as 20,500 green-clad fans packed into Austin FC’s first-ever home match. He had been in the trenches for years, working to make this night a reality, and to absorb the energy inside Q2 Stadium was surreal.

Roughly seven-and-a-half years ago, the idea that Austin, Texas — a city without a professional sports team — could attract a Major League Soccer franchise was so absurd to some residents that those who believed it was possible might as well have been wearing tinfoil hats.

“Local soccer fans would laugh in my face,” said Bebetski, a founder of the club’s original supporters group, Austin Anthem. “MLS won’t be coming to Austin.”

The conspiracy theory officially became reality in January 2019, when MLS awarded the city a team following a failed attempt by Anthony Precourt to uproot the Columbus Crew, an original MLS club, but it wasn’t until last week that the dream fully came to life. On that sweltering Saturday, with temperatures hovering above 90 degrees, the fans were reminded of what had made the city an attractive option for the league. The first tifo paid homage to the Austin trailblazers such as Stevie Ray Vaughan, Willie Nelson and the late U.S. congresswoman, Barbara Jordan.

The Legend is Home. 🏡 pic.twitter.com/osdHSxM5E4

Then, of course, was the appearance of Matthew McConaughey, sporting a green suit, who hyped up the pregame crowd while banging on a bongo drum — a not-so-subtle reference to his infamous 1999 arrest that has since been ingrained into town folklore.

Even with an Oscar-winning actor hyping up the crowd and the subsequent chants using his trademark expression, some supporters reflected on the journey to bring the team to town.

“It didn’t feel real until we were in the stands, until we heard people cheering ‘Alright, alright, alright,’ waving our flags. I got goosebumps,” said Matt Barbour, a member of Austin Anthem. “For a lot of us, this is years of work, going to city council meetings.”

That potential was fulfilled days earlier when the United States women’s national team beat Nigeria 2-0 in a friendly, with Christen Press and Lynn Williams scoring the historic goals. And while Austin FC’s result could have been better — they played the San Jose Earthquakes to a goalless draw, leaving the first MLS goal there still to be celebrated — only a win could have made for a better night as the Texas state capitol ushered in professional sports.

For years, the city of Austin was strictly a “burnt orange” town. There wasn’t much of a need for professional sports because the University of Texas — and its massive, successful athletic department — filled that role. However, as Austin’s population exploded over the past several years, the more people flocked from all over the country for its thriving business, music and food scenes, the less the bulk of residents have been tied to the university. After all, they’ve brought their own collegiate sports allegiances and fandom for professional teams with them.

What Austin FC aims to represent is a unifying presence for those with deep roots to the city and those recent arrivals who want to feel more connected to their new community, though it wasn’t always guaranteed to work. When it appeared possible, if not likely, that Precourt was going to move the Crew to Austin, it would have impacted how team’s arrival would have been received, both around MLS and in the city. The team’s history would have been forever associated with a “heist” of sorts, and it’s unclear how that dynamic would have impacted fans’ willingness to fully buy in.

Either way, because the Crew remained in Columbus and Austin became an expansion city, it fostered a deeper connection to the community.

“This is the best possible outcome because all the players are our players,” said Jeremiah Bentley, one of the leaders of the Los Verdes supporters group. “We nerded out over every single signing for like a year. We got to open a brand new stadium. If it happened the other way [and the Crew relocated], they’d have had them play in a Major League Baseball stadium or something for a while. So, for this to be a brand new franchise with new songs and new traditions and new players and new head coach, it’s a perfect build.

“It was frustrating two years ago because ‘I want a soccer team now.’ But now that we’re in 2021, it’s great. I couldn’t have had a better possible outcome.”

Alex Ring, who was acquired via trade in December, was one of the first players Austin’s fan base got to celebrate, and the city’s allure reached him even as the Finnish midfielder played for New York City FC the past four years.

“I thought Austin was an exciting project,” Ring said. “I kept getting these Forbes articles about how Austin is the fastest growing city and these tech companies and everyone’s moving here.” During his offseason rehab for a knee injury in Finland, Ring said he made it clear he wanted to a move to Austin. It helped that he shares a close relationship with Claudio Reyna, Austin’s sporting director, who previously held the same role at NYCFC, and saw the lifestyle benefits of moving his young family to a place with a slower way of life.

“And I liked the idea of being somewhere where it’s warm and sunny, almost all year,” he said.

Josh Wolff, the team’s head coach, also had his eye on Austin for a while. He knew Precourt from his time as an assistant on Gregg Berhalter’s staff in Columbus, and when Austin was officially awarded a team, mutual interest was quickly apparent. Everything about the project piqued Wolff’s interest.

“The way they were doing it from an environment standpoint, culture, style of play. It all resonated with me. I knew the people that were going to be involved with it, their direction, their energy and their focus what it was gonna be like.”

Between Wolff and Reyna, the club’s two most important people on the sporting side, are a combined 164 caps with the United States men’s national team and deep ties within MLS. So while Wolff is a first-time head coach, they didn’t need to learn the intricacies unique to the league, which has often been a challenge at other MLS clubs that made key hires from abroad. Their shared belief placed importance on leadership, and players who would create a good locker room atmosphere, as a culture was established.

“For American soccer, for MLS, the chemistry component is a really, really big, big part of it and that’s little different probably than Europe,” Wolff said. “But it’s important to get the foundation of your club right.”

Within that framework was a desire to be offensive, being attacking more often than not, but to have balance. Wolff uses a lot of the same phrases Berhalter does to describe the desired style of play for the USMNT.

“I come from the background where possession, use of the ball, how you organize… those are still things that are there,” Wolff said. “But ultimately, it’s how can you break down the opponents to create goalscoring chances, and that’s what we’re looking to do.”

Through 10 matches, the results haven’t matched the ambitions. Austin has registered just a pair of wins and three draws to go with five losses. It’s not entirely unexpected for an expansion team, but because of recent success stories from first-year clubs like Atlanta United FC and LAFC, the bar was set higher internally.

The most pressing issue has been easy to identify: a dismal ability to finish chances. Over the last six matches, Austin has managed just one goal and has scored multiple goals in just one match all season (a 3-1 win against Colorado in their second game). Still, with nine points, Austin sits just four points off second place in the Western Conference and thanks to an eight-game road trip to start the season, they’ll be home more than any other team in the league the rest of the way.

Austin welcomes the Crew on Sunday and the irony won’t be lost if the visiting MLS Cup champions — led by scoring threats Gyasi Zardes and Lucas Zelarayan — knock in the first MLS goal ever at Q2. All of which explains why Austin will be depending on even more on its home-field advantage.

“I remember when I stepped out right before the [San Jose] game started, I got the chills. It was something special, I know [the fans] have been working so hard for it,” Austin midfielder Diego Fagundez said. “I know the whole team was ready for it and it’s kind of sad that we’re leaving with a tie because we pushed so hard, they were singing so hard, and we wanted to give them more.

In this article:Women Football Leagues 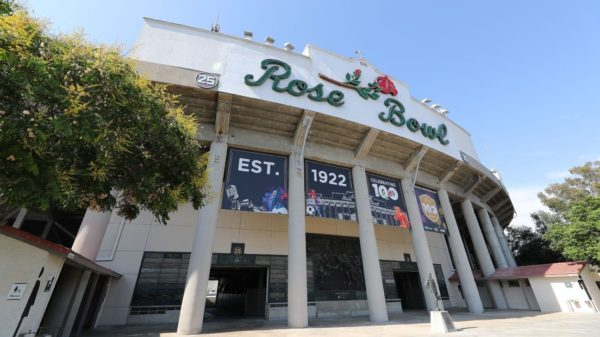 The LA Galaxy and Los Angeles FC will kick off their 2023 MLS seasons by facing off at the Rose Bowl Stadium on Feb....

The global football players’ union and the group representing domestic leagues around the world have teamed up to strengthen their voice in negotiations involving... 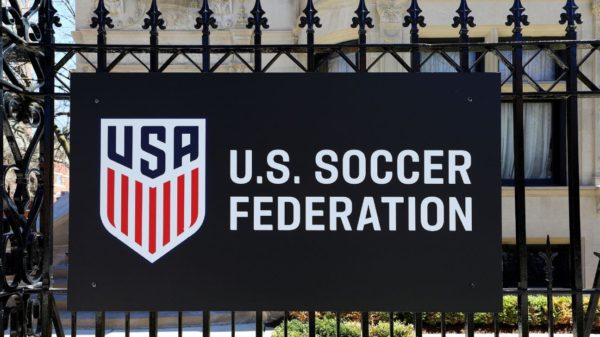 The U.S. Soccer Federation hired former media, advertising and technology executive J.T. Batson to be its next CEO, Secretary General, the Federation announced on... 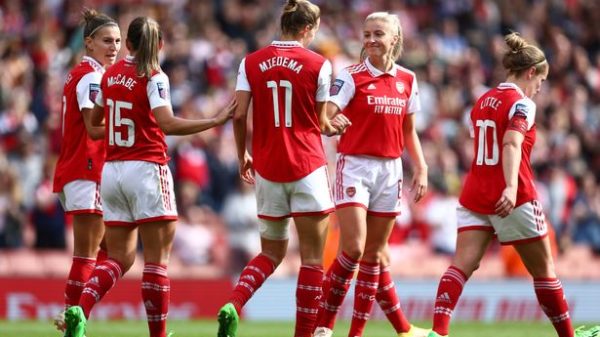 The Gunners toppled Tottenham 4-0 in front of a record-breaking women’s crowd at the Emirates before Emma Hayes’ defending champions beat Manchester City at...