Who We Are - News - Next landmark in refereeing: FIFA World Cup™ qualifiers officiated by female referees for first time

Stéphanie Frappart and Kateryna Monzul are set to become the first female match officials to take charge of men’s FIFA World Cup™ qualifiers. Frappart will referee the match between the Netherlands and Latvia in Amsterdam on 27 March, while Monzul, for her part, will oversee the encounter between Austria and the Faroe Islands in Vienna on 28 March.

“Although they already had some matches in important men’s competitions under their belts, officiating a FIFA World Cup qualifier for the first time is special and is something to be very proud of. They have worked very hard in recent years and these appointments are recognition for the good job that they have done,” commented Pierluigi Collina, the chairman of the FIFA Referees Committee.

The appointment of female match officials for these high-stakes men’s World Cup qualifiers is another milestone on the path set by FIFA, in collaboration with the confederations, to further the development of female refereeing. Recently, at the FIFA Club World Cup 2020™ in Qatar, the Brazilian referee Edina Alves Batista and the two assistant referees Neuza Back and Mariana de Almeida impressed with their performances and showed that quality, not gender, is what really matters.

Frappart has experienced a number of career highlights in the last two years. In 2019, for example, she had the privilege of refereeing the final of the FIFA Women’s World Cup™ between the USA and the Netherlands in her native France. She has also gained valuable experience in men’s matches in major continental competitions, and is an integral part of the refereeing team in the French men’s top flight, Ligue 1.

Monzul, who oversaw the final of the FIFA Women’s World Cup Canada 2015™, not only referees matches in the Ukrainian men’s Premier League, but is also frequently called upon to officiate in European club and national-team competitions.

Mexican and American female match officials also made their mark in the opening rounds of Concacaf World Cup qualifying this window.

History was already made during Suriname’s 3-0 win over the Cayman Islands on Wednesday, when Karen Díaz Medina (assistant referee) and Francia González (fourth official) were on duty with referee Jorge Antonio Pérez Durán and assistant referee Andrés Hernández Delgado in the Surinamese capital of Paramaribo. In the process, Díaz Medina and González became the first female match officials to work a men’s World Cup qualifier in the Concacaf region.

“FIFA will continue to champion the development of female refereeing and I’m confident that the appointment of female match officials to men’s games will be absolutely commonplace in the future,” underlined Collina. 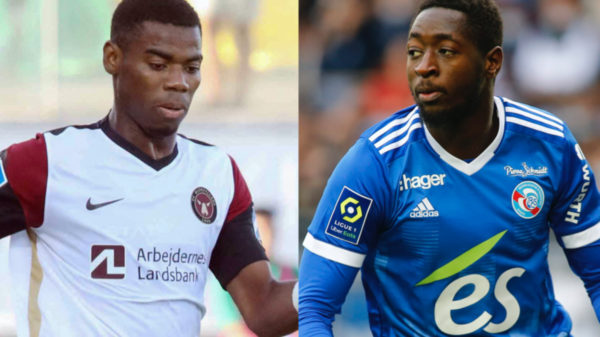