Casey Stoney had done her best not to hype up Manchester United Women’s first game at Old Trafford.

Picking up three points was the most important thing on her mind with United chasing Champions League football for next season. But the significance of her side walking out on the famous turf could not be played down. 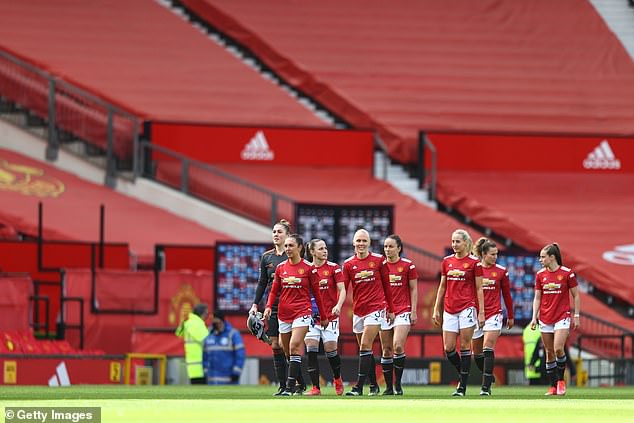 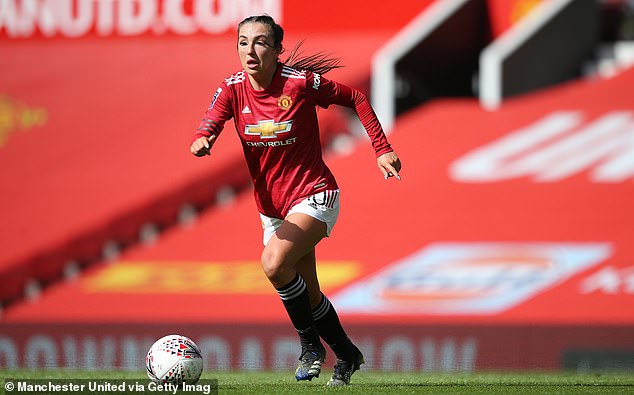 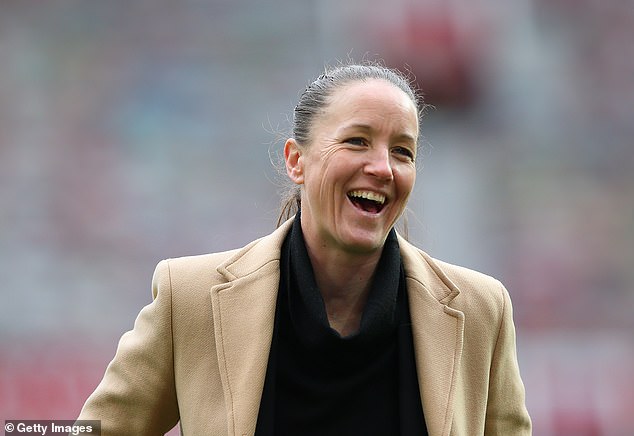 Casey Stoney thought playing in the 74,140-seater stadium would give a boost to her players

Until May 2018, the club did not even have a women’s team. Now in their third season as a professional outfit, captain and lifelong fan Katie Zelem can say she was part of history after leading the team out at the Theatre of Dreams against West Ham on Saturday.

United were one of the few top clubs not to have already staged a game at their men’s ground, with Stoney insisting they first wanted to sell out their home at Leigh Sports Village.

With that impossible due to matches taking place behind closed doors, Stoney took the opportunity to play at Old Trafford — partly because she had got ‘sick of the questions’ but also to lift her players.

United went into the game in the wake of a 2-0 defeat by Arsenal last week, a result which meant Champions League qualification was out of their hands.

They had been realistic title contenders until February, before three defeats in four games saw them fall behind champions Chelsea and rivals Manchester City. Injuries to Leah Galton and Tobin Heath, their second and third top scorers, have not helped.

It was evident in the first half that United were low on confidence and they found little joy against West Ham’s bank of five defenders. The Hammers prop up the WSL table, but showed resilience here.

Though United dominated possession, they managed just one shot on target — a long-range effort from Lauren James held easily by Courtney Brosnan.

‘We weren’t good in the first half, that’s probably the worst I’ve seen us play,’ said Stoney (right). 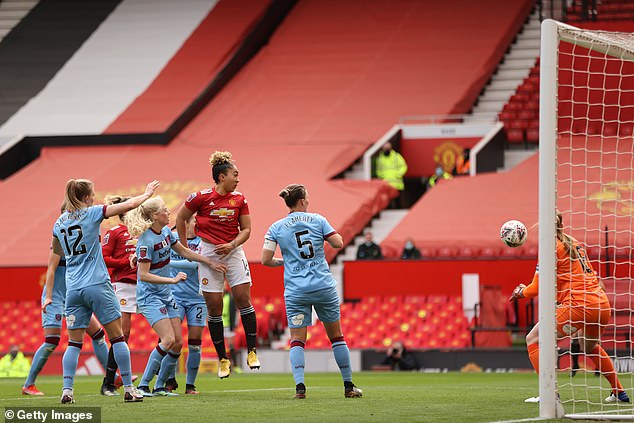 ‘We were sloppy, slow, playing for ourselves not the team and making poor decisions. If there had been a crowd they’d have been disappointed.’

Stoney needed a reaction in the second half and on 49 minutes she got one. A United corner was swung to the back post, where Maria Thorisdottir headed down for James to nod in from two yards out.

James has lost much of this season to injury problems, and she showed just how much her team have missed her on Saturday. United soon doubled their lead through Christen Press, the American latching on to Jackie Groenen’s exquisite through-ball to lift over the on-rushing Brosnan.

Mary Earps had to make two fine stops to deny Dagny Brynjarsdottir just past the hour mark, before Lucy Staniforth missed a great chance to make it 3-0.

There was still time for it to get worse for the visitors as Laura Vetterlein was sent off for picking up two yellow cards.

Stoney had described this game as the ‘dress rehearsal’ for when United can stage a match at Old Trafford in front of supporters, which she hopes will be next season. 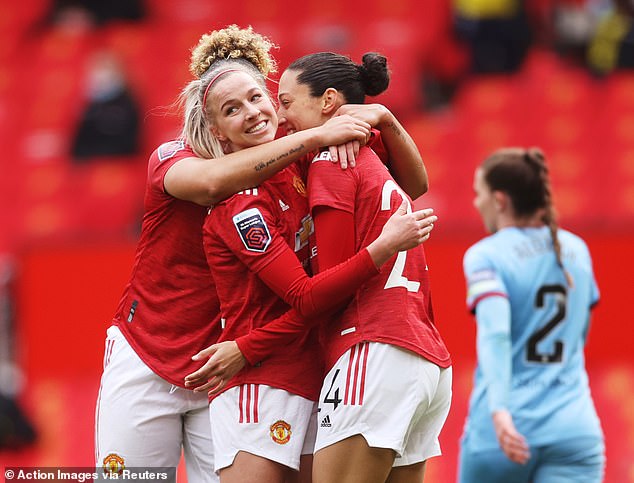 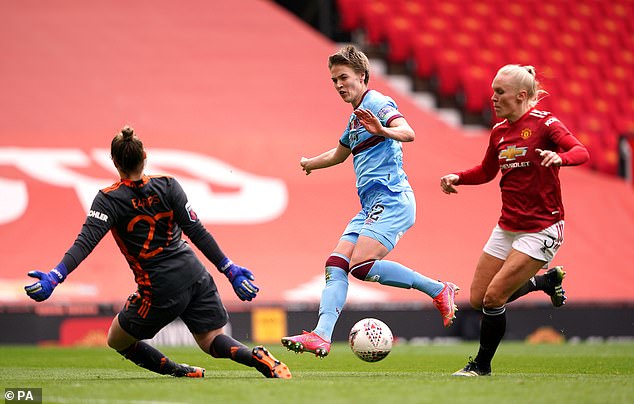 1 Casey Stoney hailed the ‘mature’ performance of Lauren James after the 19-year-old scored Manchester United Women’s first ever goal at Old Trafford one month after speaking out on the horrific racist abuse she has suffered on social media. ‘I think it’s sad that it’s water off a duck’s back for her,’ Stoney said. ‘We need to keep making sure we are supporting her and not forgetting that she has been through some horrendous stuff in the last month.’

2 Manchester City made it 11 straight WSL victories as Chloe Kelly scored an 87th-minute winner against Reading after a sensational run from Lauren Hemp. Kelly’s goal took City to the top of the table — but they stayed there less than 24 hours, as Chelsea reclaimed the lead with a 2-0 win over Aston Villa yesterday.

3 Tottenham still have some way to go to make their north London derby with Arsenal a proper contest. Spurs were well beaten as goals from Caitlin Foord, Vivianne Miedema and Katie McCabe gave the Gunners a 3-0 victory. That results follows a 6-1 win for Arsenal in October and a 4-0 victory in the FA Cup in September. Tottenham have made quick progress in a short space of time, but the gap to Arsenal is not getting much smaller.

4 More history for Stephanie Frappart after she refereed Holland’s game against Latvia on Saturday, making her the first female to take charge of a men’s World Cup qualifier. Ukrainian official Kateryna Monzul followed in her footsteps by officiating Faroe Islands v Austria yesterday.

5 Liverpool have finally begun interviewing managerial candidates, more than two months after Vicky Jepson left the role of head coach. It is understandable that the Reds want to take their time, given they are set for another season in the Championship, but the process feels painfully slow.

‘The club offered us this one and I took it,’ she added.

‘I’ve still not changed my view that I want to consistently get crowds in at Leigh, but to have an exhibition game here where we can do it properly for the fans would be great.’