'It's all about the result': Jurgen Klopp happy with taking 'three dirty points' at Wolves

Jurgen Klopp happy to take ‘three dirty points’ at Wolves as Liverpool boss insists ‘it’s all about the result’, while praising young defence for clean sheet

By Spencer Morgan For Mailonline

Liverpool were forced to work extremely hard to claim the three points at Wolves on Monday night and their manager Jurgen Klopp did not mind that one bit.

A first half strike from Diogo Jota sealed a 1-0 victory for the Reds, seeing them leapfrog Everton into sixth on goal difference.

It was far from the thrilling displays they are capable of but Klopp was happy to see him team win in such a way. 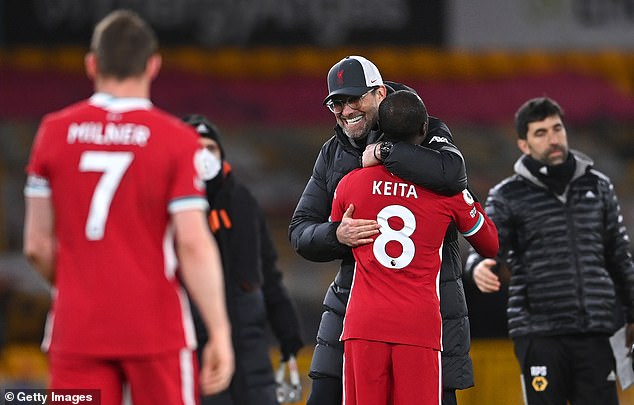 ‘It’s all about the result,’ he told Sky Sports. ‘It was a big fight. We won three dirty points, and I’m fine with that if that’s what it takes to try to get back on track.

‘We had very good moments where we should have done better offensively. Defensively the whole game was really good.

‘I didn’t like the start; we weren’t active enough. But we improved a lot and defended well, and that was the main target today. 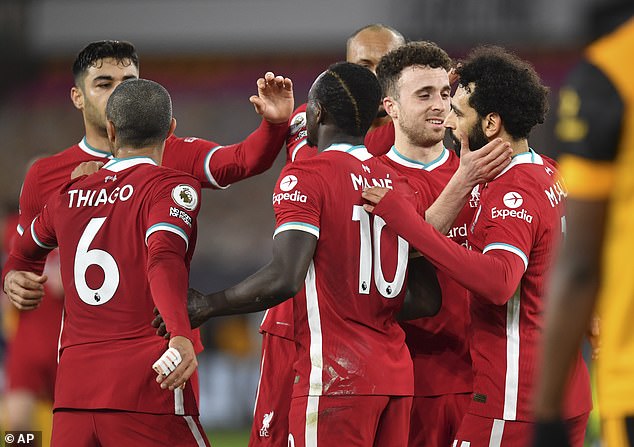 Klopp added: ‘There were a lot of really good football moments. The goal we scored was beautiful.

‘I thought the goalie would have saved it but in the end the ball goes in, which was important for us. We got the three points, and everything was fine.

‘It’s been hard for the team, but there was a lot of good news tonight and, most important, we got the three points. We want to go into the [international] break with a positive feeling and we have it.’