By Ieuan Ivett For Mailonline

Alexandre Lacazette admitted he was lucky to be awarded the winning penalty for Arsenal in their North London derby victory over Tottenham.

The striker buried the second half spot kick which proved to be crucial in the Gunners’ 2-1 win over Spurs at the Emirates Stadium after Martin Odegaard cancelled out Erik Lamela’s stunning opener.

Lacazette won the penalty for Mikel Arteta’s side after Davinson Sanchez’ wild tackle inside the box after the Frenchman had mishit a half volley. 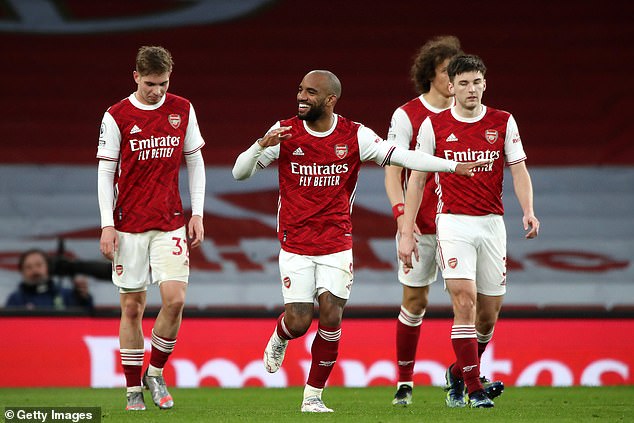 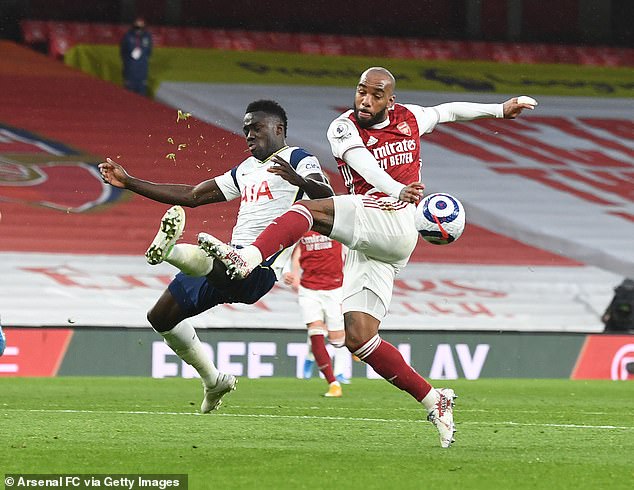 Referee Michael Oliver pointed to the spot and after a VAR review, it was determined that the official had made the right decision. However, Lacazette did admit there was some fortune with the decision.

He told Sky Sports: I have to take it (the shot) first but missed the ball.

‘We are lucky to get a penalty I think but sometimes for good for us to have a good decision from the ref but I score, and I am happy.

‘I’ve taken a lot of penalties against him (Lloris) and I was confident.’ 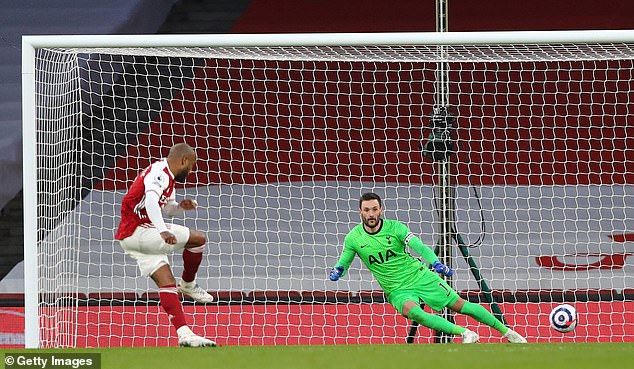 After a VAR review, the penalty decision stood and Lacazette netted the winner against Spurs

Pundit Jamie Redknapp believed that the penalty was awarded because Sanchez’ lunge into Lacazette was ‘reckless’ but the challenge was not worthy of a spot kick.

‘I reckon they purely base it on being reckless but I don’t think it’s a penalty,’ he said after the 2-1 victory for Arsenal.

‘He misses the ball and comes clattering into him a little bit but I don’t think it warrants a penalty. But Lacazette takes the penalty well, it’s a great penalty.’

‘If I came with the ball down on my feet and I dribble and get a tackle down the inside and shoot into the heel of the defender, I won’t get the penalty for that.

‘So I think they’re very lucky to get this penalty.’ 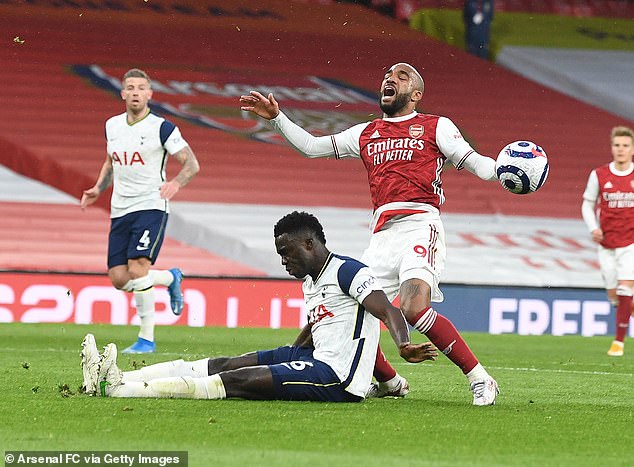 Former Spurs defender Michael Dawson explained that he was still ‘not sure’ on the penalty decision after his old side fell short at the Emirates Stadium.

‘The ball from Pepe is sensational and when Lacazette makes that touch and gives Sanchez that opportunity to make a block, because the ball is high up you think does Lacazette kick Sanchez.

‘What else can Sanchez do unless he lets him shoot? The only thing is it’s reckless and high but the ball is bouncing.

‘Lacazette when he was interviewed said he may have been fortunate to get the penalty.

‘Sanchez comes slightly too late but Lacazette touches the ball first and it goes away. If he nudges him I’m still not sure.’