‘What if someone tests positive for COVID?’ Italy manager Roberto Mancini wants Euro 2020 squad sizes to be extended to 26 players rather than 23 to guard against a weakened side due to a coronavirus outbreak

Roberto Mancini wants the squad size limit for teams competing in this year’s European Championships to be increased to 26 players due to coronavirus.

Italy are one of the teams competing in the 24-country tournament which is currently set to be played across 12 cities in a dozen European countries. The tournament was due to be played last year but was postponed due to the global pandemic.

Currently, countries will select a 23-man squad for the championships as per usual protocol, but Azzurri boss Mancini wants the number increased in the event of one or several members of the side catching coronavirus. 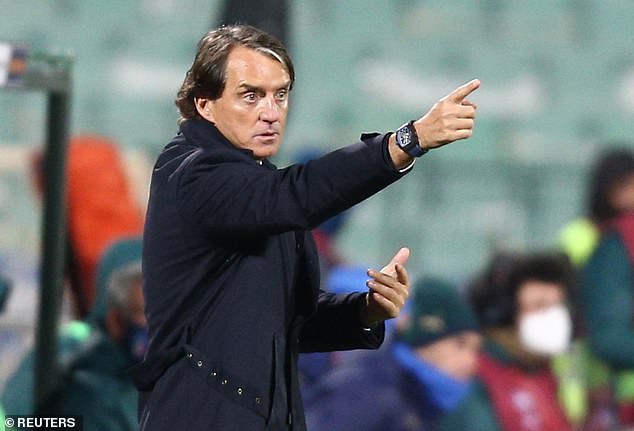 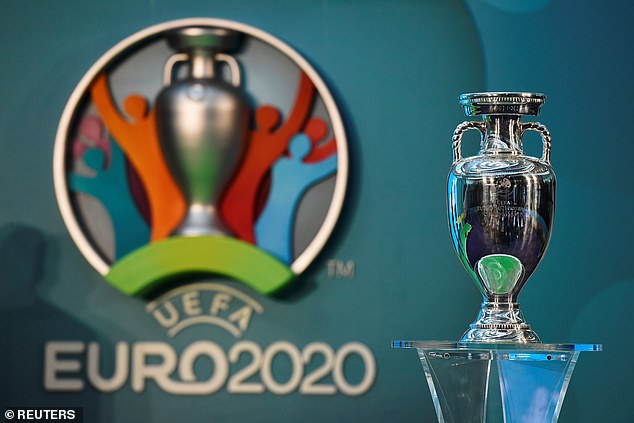 Mancini told Rai Sport: ‘It could be a good idea to increase the number of players to 25 or 26.

‘It was a tough season and you never know what will happen. What if someone tests positive for COVID?

‘It would be difficult to pick up other players, all of them would be on holiday. If UEFA makes such a decision, I would be in favour (of it).’

Italy will be competing in their first major tournament since the last European Championships having missed out on the 2018 World Cup after failing to qualify.

Mancini’s men have been selected in a group with Turkey, Switzerland and Wales – with all of their opening matches being played at the Stadio Olimpico in Rome. 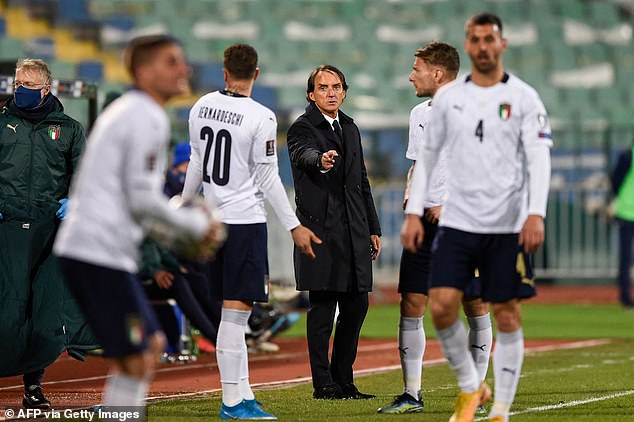 The Azzurri were one of two teams, along with Belgium, to reach this summer’s tournament without losing dropping a single point in the qualifying process.

The 56-year-old took over as national team coach after Italy’s failure to reach the Russia World Cup three years ago and the Azzurri will be one of the teams to watch in June and July.

Before they can start thinking about the European Championships, Italy face Lithuania on Wednesday in their final World Cup qualifier before the end of the March international break.

The Italians have already beaten Northern Ireland and Bulgaria this month and have friendlies with San Marino and the Czech Republic before their opening Euro 2020 match with Turkey on June 11.