Euro 2020: Jasper Cillessen FUMES at Holland boss Frank de Boer after being dropped from his squad

Barcelona: The problems Xavi has not yet managed to solve at Barcelona

Jasper Cillessen FUMES at Holland boss Frank de Boer after being dropped from Euro 2020 squad following positive Covid test, saying he feels ‘powerless’ over axing… despite being told he’d be welcome back once he recovered

The Valencia shot-stopper, who was initially named in Holland’s final 26-man squad, tested positive for coronavirus last week before being told on Tuesday that he would no longer feature at this month’s tournament.

De Boer instead decided to call up AZ’s Marco Bizot in his place before submitting his final squad to UEFA by midnight that day, despite telling Cillessen that he would be welcomed back into the squad if he produced a negative test. 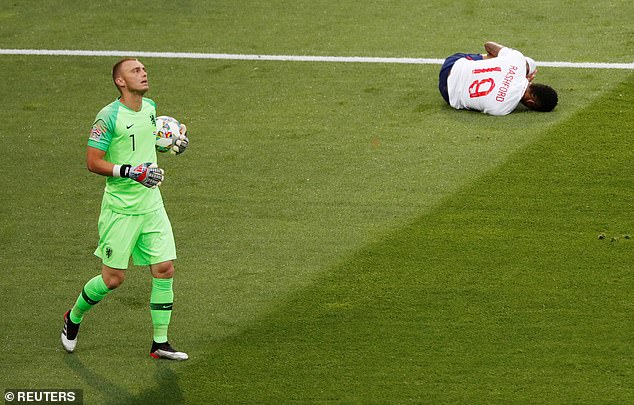 However, with Cillessen not travelling to the team’s training camp in Portugal on Sunday as a result of his test, he has been told to stay at home, with the decision leaving him feeling ‘powerless, angry, and terrible’.

‘It’s a massive blow that will echo for a while,’ he said to Dutch newspaper De Telegraaf.

‘De Boer knew then that I had tested positive. He then said in Portugal on Sunday that I would join the group immediately if the result of my daily rapid test was negative. If necessary, I would only join after the training camp. I really have no idea what has changed. 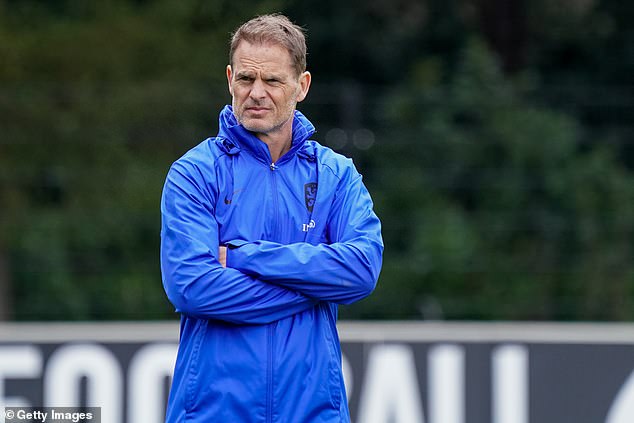 ‘The rules allow substitutes for goalkeepers during the tournament and there was still plenty of time. I had Covid symptoms for a day, but otherwise zero problems. And then they say I’m not fit? The national coach and I will never agree on that.

‘I have never felt so powerless, angry, and terrible.

De Boer admitted that it wasn’t easy leaving Valenica’s No 1 out, saying the decision left him feeling ‘incredible sour’. 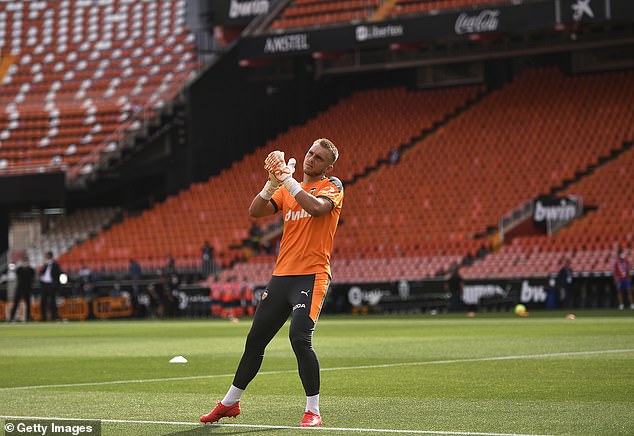 ‘I informed Jasper of my decision this morning. Let me say that I find this incredibly sour for Jasper,’ said the Dutch coach on Tuesday.

‘But I had to make the decision. It is known that he has tested positive for coronavirus (and) missed an important part of the preparation.

‘We don’t know how long it will take for him to be 100 per cent fit again. I don’t want to take any risks in that regard. We are on the eve of a European Championship and I want certainty.’

Stand-in goalkeeper Bizot was training with the Netherlands side already so his transition into the team is easy, despite Cillessen’s absence. 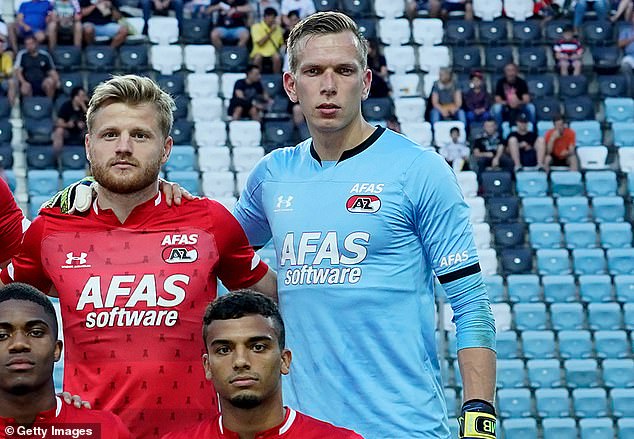 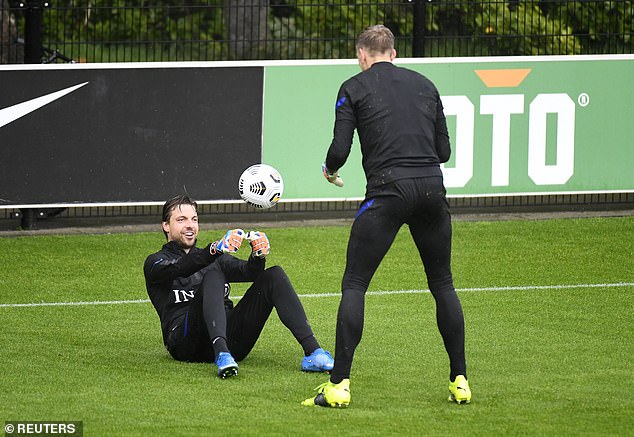 But it marks an unfortunate period of time for the Valencia shot stopper who has struggled with various injuries over the course of the season.

A mixture of knee and muscle problems limited the Dutchman to just 10 appearances this season, with Cillessen also missing the last two international breaks due to being on the sidelines.

Norwich goalkeeper Krul, who recently secured promotion to the top-flight with the Canaries and travelled with Holland in their last two tournament appearances, is expected to deputise in Cillessen’s absence.