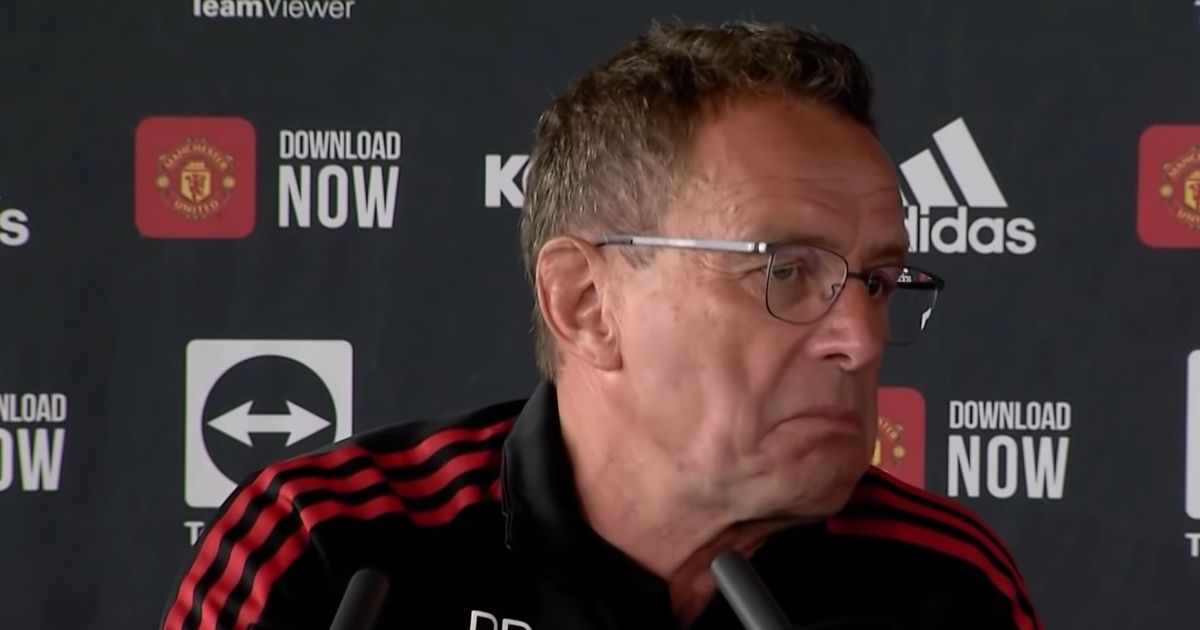 Doubts have been frequently raised about Ronaldo’s ability to adapt to a high-pressing style, which incoming manager Erik ten Hag is expected to implement at Manchester United

Outgoing Manchester United boss Ralf Rangnick has pulled no punches with his assessment of Cristiano Ronaldo’s suitability to playing under Erik ten Hag.

Ten Hag will take over at Old Trafford following Sunday’s trip to Crystal Palace, following a dismal season for the Red Devils. Rangnick’s arrival has done nothing to turn around their fortunes, with United having missed out on qualification for next year’s Champions League.

Despite there still being one more game to play this term, attention has already begun to turn towards what changes Ten Hag will implement. One of the biggest changes is expected to come with the team’s playing style.

United’s new boss is renowned for a high-pressing game, which he has used to great effect at Ajax. But there have been questions over how well Ronaldo would fit into a team that uses pressing as its founding philosophy, as would be the case under Ten Hag.

And the German has now delivered a frank assessment of Ronaldo’s performance this campaign. He highlighted the Portuguese superstar’s scoring record, but admitted that he was not suited to a high-pressing team.

“I agree we never came near to that aggressive, pro-active football. That has to do with physicality if we want to play like that. I’m more than self-critical. I should have done better. I expected that me and my coaching staff could have developed this team in a more sustainable kind of way,” Rangnick said in his final press conference as United boss.

HAVE YOUR SAY! Should Manchester United try to sell Cristiano Ronaldo this summer? Comment below.

“We couldn’t and it’s not only the players who should be blamed, it should be ourselves. I am the one who is most disappointed about that and frustrated about that. At one stage we just had to find compromises – attacking a little bit deeper, how can we make sure that we get our offensive players into their positions?

“Cristiano scored a few goals but, again, Cristiano – and I’m not blaming him at all, he did great in those games – but he’s not a pressing monster. He’s not a player – even when he was a young player – who was crying, shouting ‘hooray, the other team has got the ball, where can we win balls?’

“And the same with quite a few other players so we had to make some compromises at one stage, maybe we made a few too many – that’s also possible. We never found the right balance between what do we need with the ball and without the ball. Even in possession of the ball, we didn’t create as many chances as we should have done.”

Rangnick will lead United for the final time at Selhurst Park on Sunday afternoon, with his side needing to win to secure their place in the top six. He will have to claim those crucial three points without Ronaldo though, with the attacker having been ruled out of the clash through injury.