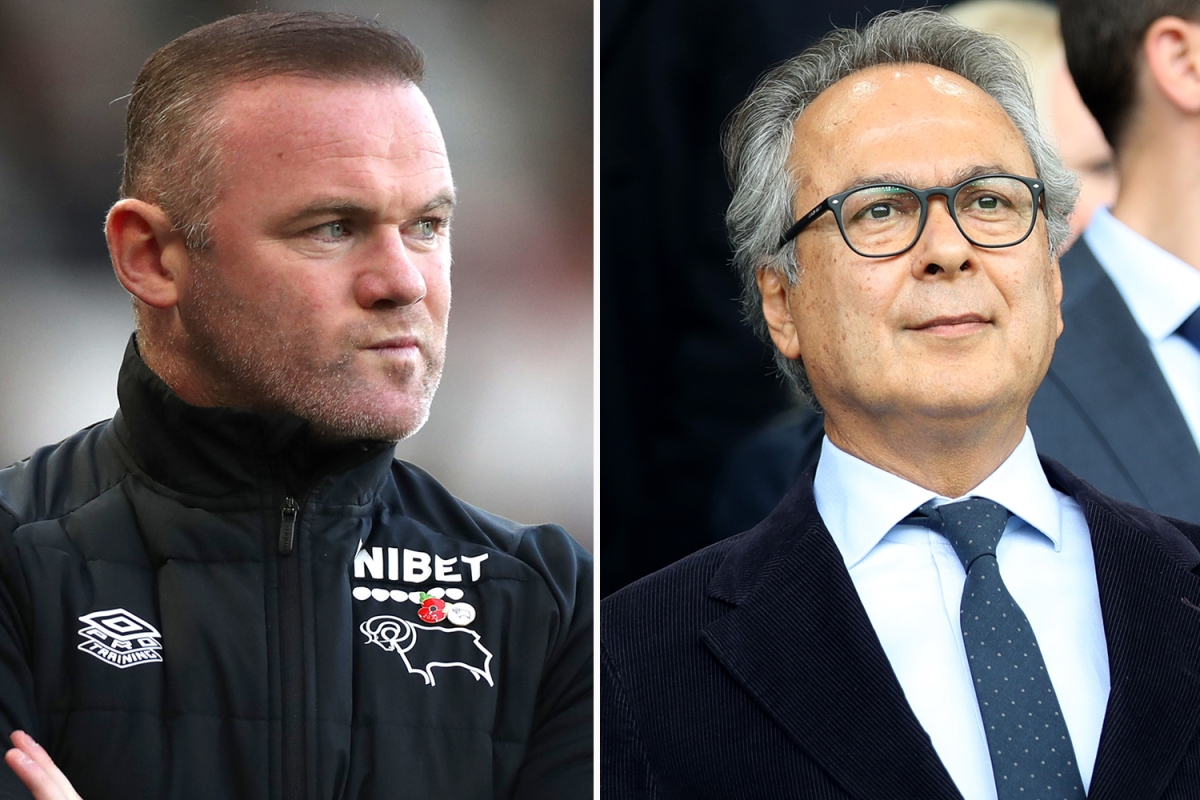 Chairman Bill Kenwright would love to bring the former Toffees hero back to the club as boss.

But owner Farhad Moshiri is understood to be wary over his lack of experience.

Rooney, 36, is lined up to replace axed Rafa Benitez.

However, Moshiri has yet to be convinced that Rooney has the credentials after just over a year in charge of crisis club Derby.

He is battling to keep the Rams up after they were deducted 21 points and placed into administration.

But the former striker has not distanced himself from the Everton vacancy.

He said yesterday: “I was brought up as an Everton supporter and I am flattered to be brought up in these conversations.

“Everton know that to have any communication with me they need to contact the administrators.

“I see the speculation. I know everyone loves a good fairytale but there has been no approach.

“My focus is solely on Derby County.”

Frank Lampard and Fabio Cannavaro are also being looked at, while the Belgian FA refused an approach for former boss Roberto Martinez.

Duncan Ferguson starts his second spell as caretaker manager today with the visit of Aston Villa.

He said: “I’ve dreamed about being manager of Everton. But I’ve not got the experience they want.”

Moshiri yesterday said he had complete faith in Kenwright’s judgment in a letter to fans — after taking his share in the club to 94 per cent using a £100million loan to Everton to purchase his new stock.