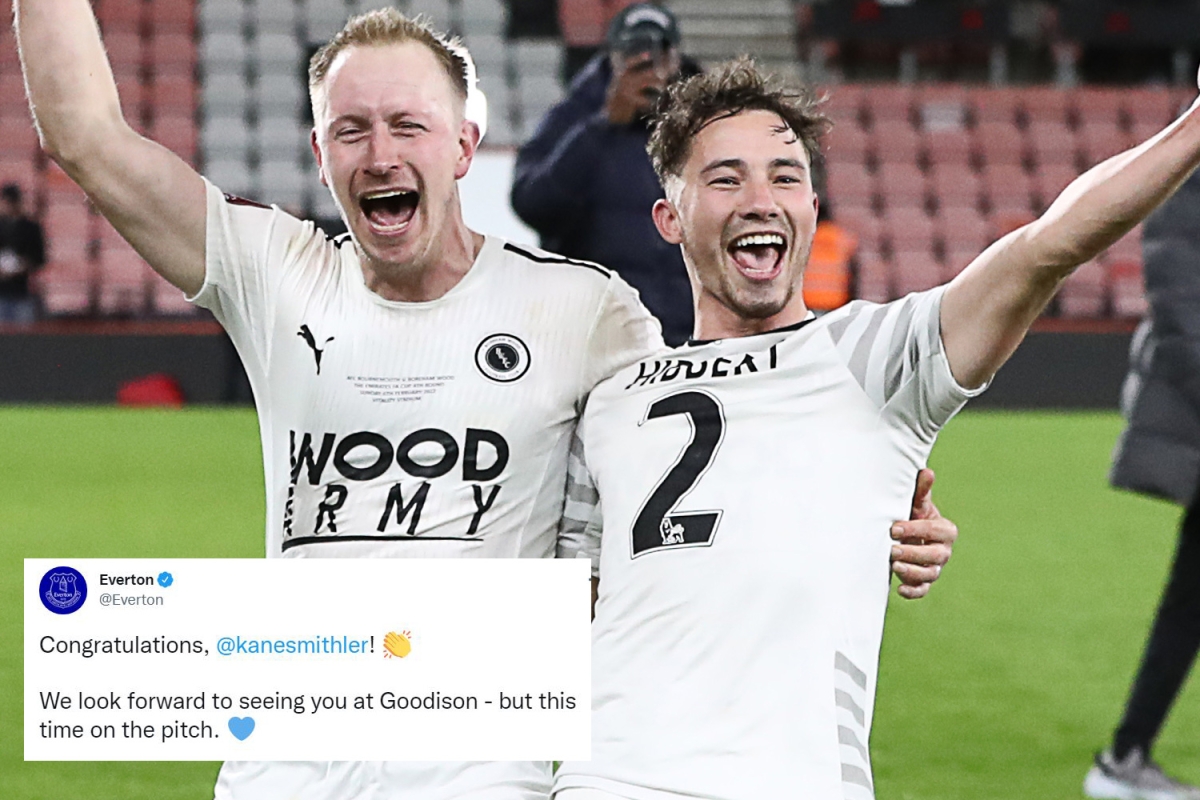 The die-hard Toffees fan, 25, had plenty of reasons to smile as his non-league side produced a historic win at Championship outfit Bournemouth to book their place in the fifth round.

Captain Mark Ricketts, 37, scored the only goal of the game to seal victory for Boreham at the Vitality.

And it means the National League club now face a glamour fixture against Frank Lampard’s Everton at Goodison Park.

One man who was extremely delighted with the outcome was Boreham Wood ace Smith.

As team-mates celebrated wildly, Smith went over to the away fans wearing a backwards Everton shirt with ‘Hibbert 2’ on his chest.

The Boreham favourite is a passionate Toffees supporter who goes to plenty of games.

The fifth-round draw had been conducted earlier in the day, dangling the carrot of a dream Goodison tie for the right-back.

And he will live out a life-long dream when he takes to the field in Merseyside next month.

Smith’s night got even better later on when Everton’s official Twitter account fired out a message to him.

It read: “Congratulations @kanesmithler! We look forward to seeing you at Goodison – but this time on the pitch.”

Indeed, Smith is sure to be over the moon with Everton’s kind words.

And the defender’s own Twitter profile shows just how passionately he feels about the Toffees and their former stalwart Hibbert.

Smith’s profile reads: “Just trying to be like my idol Tony Hibbert.”

And he is sure to love Smith’s, and Boreham Wood’s, incredible underdog story in this season’s FA Cup.