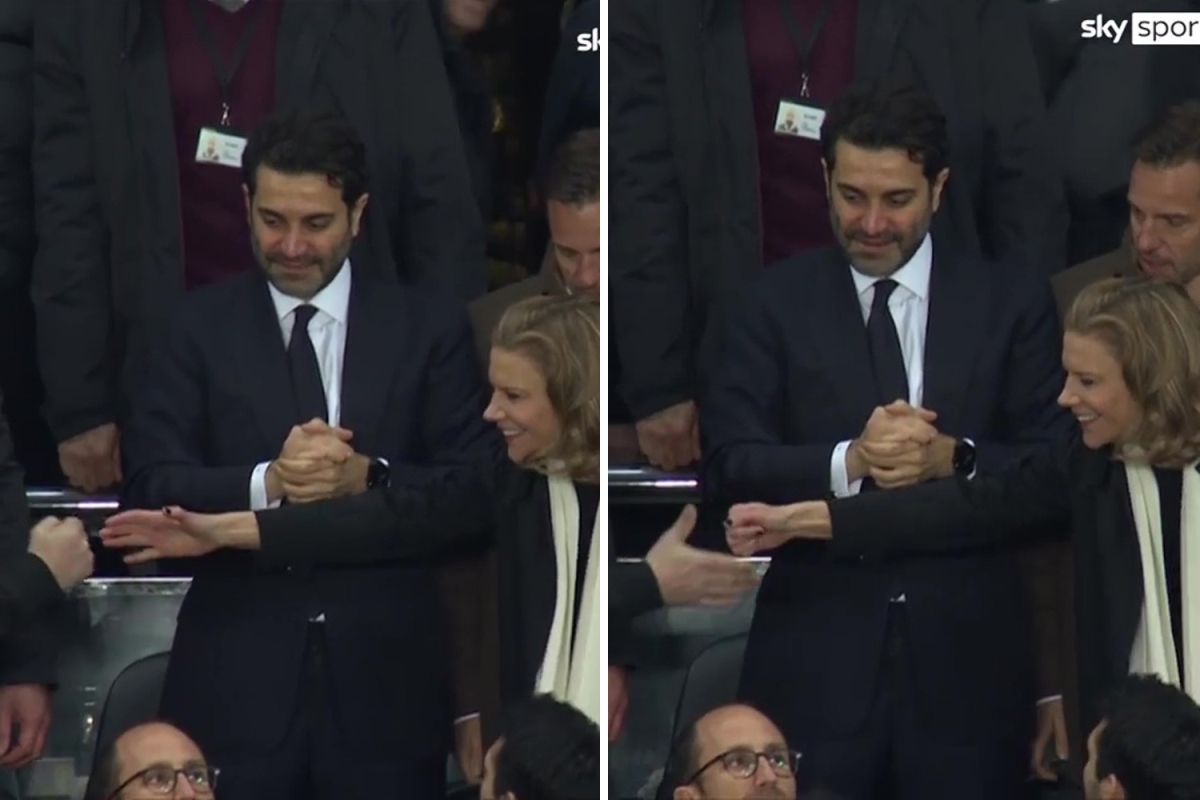 NEWCASTLE owner Amanda Staveley has been mocked online for her role in one of the most awkward handshake interactions ever.

Staveley was filmed greeting an unidentified Newcastle fan in the stands but things did not go according to plan.

The director extended her hand open palm, as did the fan, before he quickly changed to greet Staveley with a fistbump.

But by the time Staveley formed her own fistbump the supporter had opened his hand up again.

Staveley tried desperately one more time to shake his hand only for the fan to return to a fistbump, at which point she gave up, laughed, and waved him away before applauding the team.

Fortunately, Staveley had plenty of reason to be in a good mood following Newcastle’s 3-1 over Everton.

It was an impressive victory and one that lifts them outside of the relegation zone – proving Staveley’s running of the club has been successful so far.

But supporters on Twitter still poked fun at the owner for her awkward antics.

One wrote: “Absolute genius 😂😂. They are playing rock, paper, scissors.”

Another added: “Plot twist, they’re actually really good friends and this is their super secret handshake.”

And a third said: “Almost as bad as Joelinton kicking the ball into his own face.”