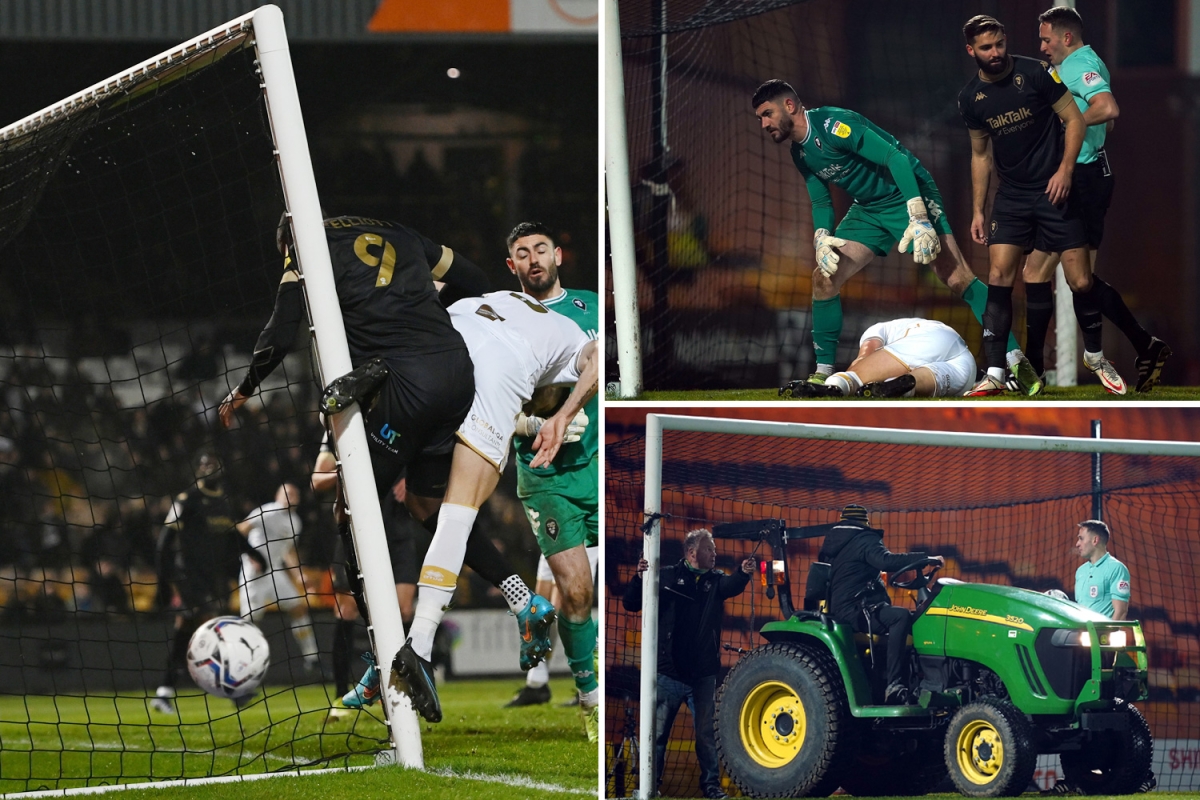 PORT VALE’S clash with Salford was suspended to allow a TRACTOR onto the pitch to fix a broken goalpost.

Tuesday’s League Two clash at Vale Park was stopped for ten minutes after a player collided with the post.

Port Vale’s Connor Hall managed to bend the metal frame out of shape in a heavy collision as he defended a Salford free-kick.

And incredible pictures showed one side of the goal bent back on itself.

Groundstaff rushed frantically to get the post back into shape.

But they were eventually forced to call upon a tractor to save the day.

A rope was attached to one end of the machine, with the other wrapped around the goal post.

And after a brief struggle, the tractor managed to get the goal mouth back in perfect shape.

Fans cheered as the match got back underway, with some lengthy stoppage time to make up for the break in play.

But Vale’s efforts were soon forgotten in the second half when Tom Elliott fired Salford ahead in the 50th minute.

And despite their best efforts, the hosts were unable to find an equaliser as the game ended 1-0.

The result means Port Vale remain ninth in the League Two table, just one point ahead of Salford.

However, Vale still have two games in-hand on their rivals and could break into the play-off positions should they win both.