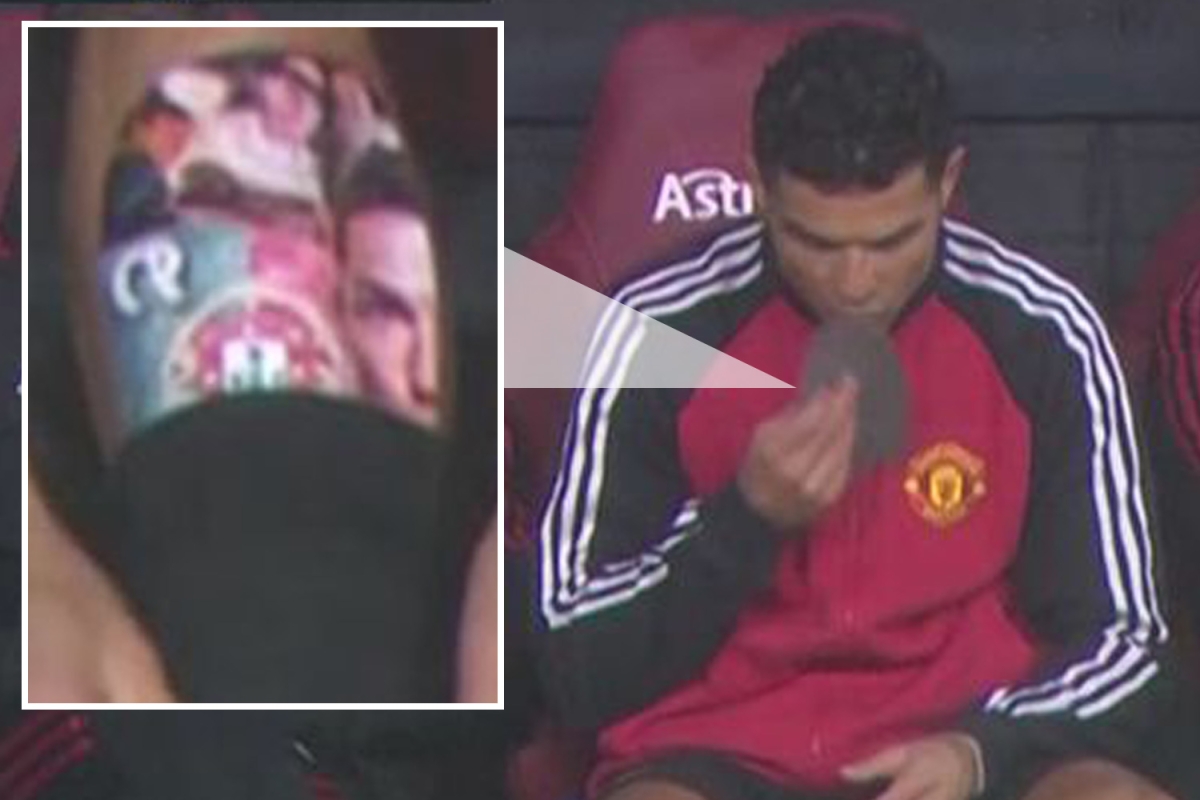 CRISTIANO RONALDO gave fans a sneak peek at his infamous personalised shin pads before being brought on against Burnley.

The striker failed to help Manchester United find the winner they were looking for with Jay Rodriguez cancelling out Paul Pogba’s first-half strike in a 1-1 draw.

But Ronaldo still caught attention by storming down the tunnel at full-time and by kissing his unique shinpads.

The shinpads have a big photo of Ronaldo’s face next to a crest of the Portugal national team.

They also feature each one of CR7’s four children – though he will have to order in a new pair once Georgina Rodriguez gives birth to twins this year.

Before he came on at Turf Moor Ronaldo was filmed kissing each one of his kid’s faces on the shin pads.

It is possibly a superstition for the Portuguese – he likely hopes his children can give him good luck.

But the act puzzled some on Twitter with others pointing out it is typical of the superstar to have his own face on his shinpads.

One fan wrote: “This is peak Ronaldo.”

Another added: “The guy is kissing a photo of himself? As rituals go, that’s about as Ronaldo as you can get.”

And a third said: “Bro does Ronaldo have his own photo on his shinpads this guy is crazy.”