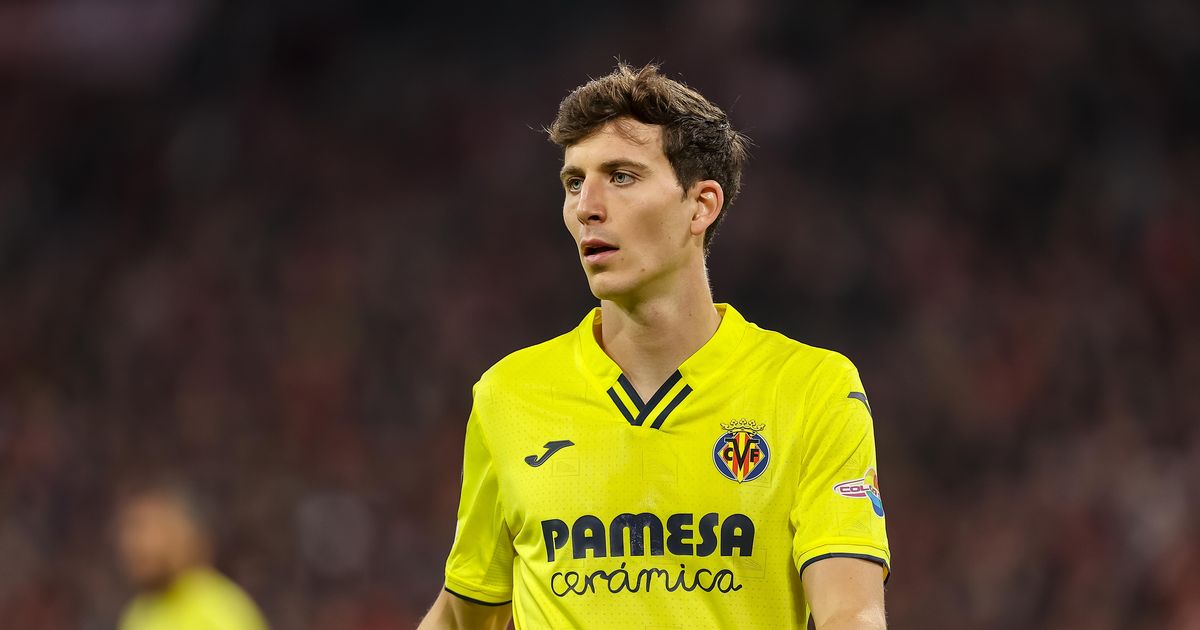 Erik ten Hag has officially taken over as first team manager of Man Utd following their final game of the season on Sunday, and plans are already underway to improve the squad as we approach the summer transfer window

Manchester United have begun their new chapter under Erik ten Hag this week and it is set to be a hectic time at Old Trafford over the next few months as the club begin to rebuild ahead of next season.

Some early good news is that Villarreal’s Pau Torres is set to have his agents fly to Manchester to hold talks with the Red Devils about a potential move, while reports in Italy have revealed that Man Utd are the only club to have made the ‘most important’ offer for Napoli striker Victor Osimhen.

United remain interested in securing the signing of Pau Torres from Villarreal this summer as Erik ten Hag looks to begin the rebuild of the club following the beginning of his official role as first team manager this week, and the Spaniards agents are set to travel to Manchester for talks with the club.

That is according to a report by Spanish newspaper Deportes de Periodico Mediterraneo, who reiterate that Torres is of interest to United as the club are set to try and sign a new centre-back this summer, despite having Raphael Varane and Harry Maguire in their ranks.

Torres helped his side go on a fantastic run to the Champions League semi-finals this season and would ideally like to play in the competition again next season, which neither of the two sides in question can offer him. Man Utd will be competing in the Europa League next campaign, while Villarreal will be in the Conference League.

How many signings do you expect Man Utd to make this summer under Erik ten Hag? Let us know your thoughts in the comments section below.

United have ‘most important’ Osimhen offer

Manchester United continue to be linked with a move for Napoli striker Victor Osimhen and after reports revealed that the club were interested in signing the player, it has now been revealed that they are the only club to have submitted the ‘most important’ offer for the Nigerian.

That’s according to Italian publication repubblica.it, via Sport Witness , who claim Osimhen is an ‘alternative’ to Harry Kane and acquiring a new striker is the ‘first goal’ for Ten Hag. The details of the official bid have not been released, although it has been previously mentioned that Napoli value their striker at no less than €100m.

Edinson Cavani has been confirmed as one of the first departures from the club this summer upon the expiry of his contract, while the future of Anthony Martial also remains unclear. Either way, the Red Devils need a new striker to support Cristiano Ronaldo when it comes to scoring goals.

Ten Hag has confirmed that Cristiano Ronaldo is included in his plans for next season, following some uncertainty over the Portuguese international after a difficult campaign for the Red Devils in which the 37-year-old was one of few shining lights.

Ronaldo had contributed with 24 goals in 39 appearances in all competitions this season and was often Man Utd’s saviour throughout the season, but with no trophies and the failure to finish in the top four this season, doubts had been raised as to whether the forward would remain at Old Trafford beyond this campaign.

But the Dutchman put all the speculation to rest in his first press conference as Man Utd manager on Monday, after being asked if he wants the five-time Ballon d’Or winner to stay: “Of course!”. Ten Hag was then asked what Ronaldo brings, to which he responded “goals”, as relayed by the Manchester Evening News .