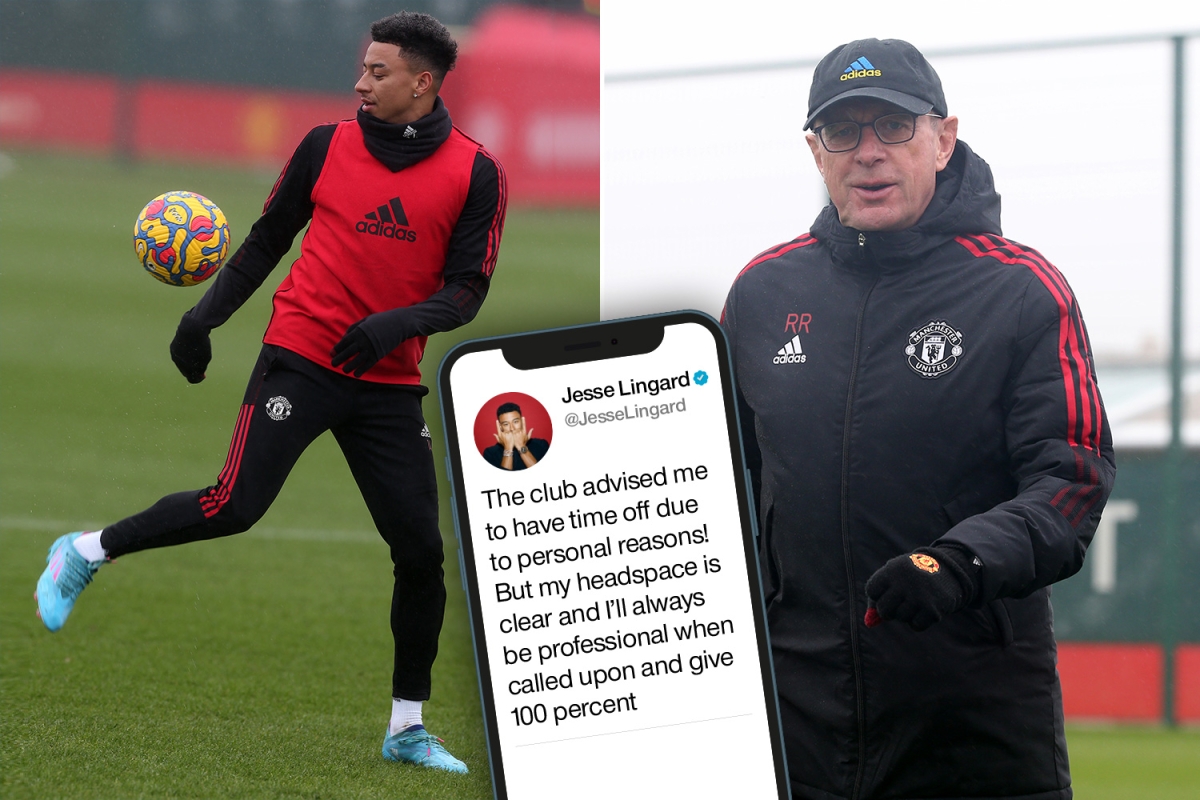 RALF RANGNICK has told his players to stop moaning at him on social media.

Jesse Lingard and Anthony Martial have both caused a storm at Manchester United after contradicting their manager’s comments.

Asked if it would be better sorted behind closed doors, Rangnick said: “It’s always better. I never ever read or communicate by those social media accounts.

“I don’t exist there and wouldn’t have time to do that so therefore it’s always better and I always communicate with the players directly.

“I did that with Anthony Martial and Jesse but maybe I’m a different kind of generation. My generation didn’t grow up with those kind of things.

“I can even remember a time when there were no mobile phones or internet so for me it’s always better to communicate directly.

“I know in both cases what I said to the players and what happened so for me there’s no reason to discuss this anymore.”

Rangnick claimed Martial had refused to be part of the squad for United’s 2-2 draw at Aston Villa in the league last month. He has since gone on loan to Sevilla.

Last week the boss said Lingard had asked for time off after his loan move to Newcastle collapsed on the back of Mason Greenwood being suspended.

Lingard took to social media to deny this, claiming the club had advised him to take the time off.

He is back in the squad for tonight’s trip to Burnley in the league as is Edinson Cavani who was controversially granted an extra two days off to stay in Uruguay after international duty last week.

Initially Rangnick said jet lag would have ruled him out the starting line-up for Friday’s FA Cup match with Boro.

But on Monday he admitted Cavani could have come off the bench in extra-time had he been there.

He said: “With the original travelling schedule he couldn’t have been available for that game. Maybe he could have been on the bench and come on in extra time, maybe.

“But even with him, if you miss that many chances, and we had enough top quality players not to miss those chances, in hindsight it doesn’t make sense to speak about it.

“Edinson asked me two days after the West Ham game if he could stay for one or two days longer in Uruguay.

“We didn’t know anything about Mason Greenwood, this only came up a week later, and this is why we allowed him to spend one or two days longer in Uruguay and come back for the game against Burnley.

“With regards to Jesse, I have a very good relationship with him. He knows I would have been willing to let him go at least until the issue with Mason came up.

“He mentioned some personal issues. We have to look forward now, there are no problems whatsoever between myself and Jesse and vice versa. I’m very happy to have him in the squad.”

United will be without Fred and Alex Telles after the Brazil pair tested positive for Covid.

Rangnick said: “We have two players missing. Alex already missed the cup game because he tested COVID positive last week and, unfortunately, the same thing happened today with Fred. That’s why he will be missing from tomorrow’s game and possibly even the game against Southampton.”