Kalulu will face tough pre-season at Milan for various reasons

Pioli could give some Milan minutes to Belgian midfielder against Empoli

Pierre Kalulu, who joined Milan on a free transfer last summer, has been included in France’s squad for the Tokyo Olympics this summer. The tournament will take place between July 21st and August 7th.

It’s a good opportunity for the right-back to continue to show his qualities on a high level. Stefano Pioli granted his absence and the tournament also means that Kalulu will arrive for pre-season at Milanello late.

As highlighted by Tuttosport (via MilanNews), in addition to the late arrival and likely fatigue, he will also have to fight hard for playing time. His young age could help with the recovery but his teammates will certainly be ahead.

It seems Kalulu will mainly be a right-back next season after filling in at centre-back this past term. As Milan will be playing in three competitions, he could come in handy with his talent but he most likely won’t get a lot of playing time.

READ MORE: Milan have tabled €12m offer for midfielder – why Marseille could accept 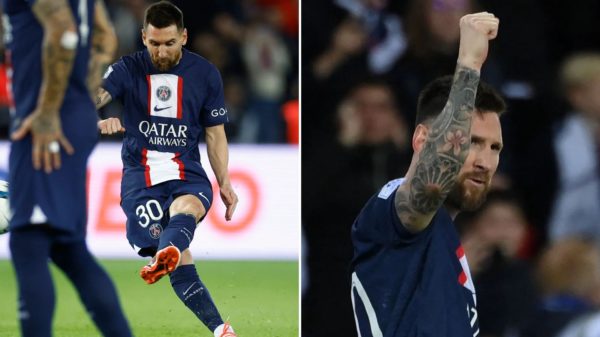 LIONEL MESSI curled a stunning free-kick beyond Kasper Schmeichel as Paris Saint-Germain took on Nice this evening. The Argentine is looking full of confidence...