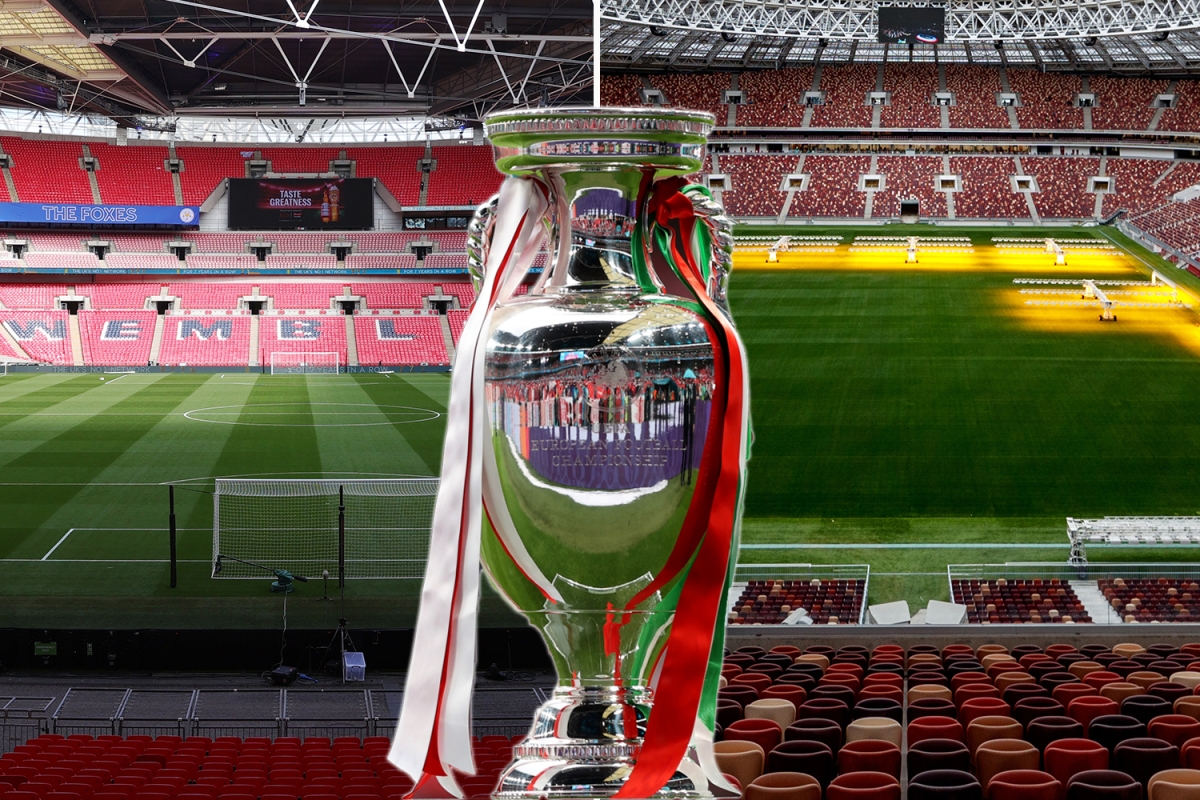 Uefa chiefs are understood to be keen on the five-nation bid — the UK and Ireland — after signalling there would be no consequences for the chaos and carnage of the Euro 2020 final.

But they now face the prospect of Russia laying down a challenge before the March 23 deadline.

And with tensions between the UK Government and Moscow hardening over the possible invasion of Ukraine, it could see Wembley chiefs once again caught up with global politics.

He said: “For the Euros we have a clearer bidding timeline and when we assess everything we can put together a highly-competitive bid.

“It has always been about winnability. Uefa have been very transparent with all 55 countries that they want to use the 2024 and 2028 Euros to rebuild their coffers and the reserves that they had to use during the pandemic.

“We can put together an incredibly strong tournament with a really strong commercial return for Uefa — and feel that puts us in a strong position.

“This is the third biggest sports event in the world and we’ve got a good opportunity to bring it to our countries and make a massively positive impact.

“The economics are really positive, the impact it will have on encouraging people to get out and be active and play football will be really positive as well. We’re incredibly excited.”

Italy and Turkey are expected to bid for the 2032 event but while Uefa high command are likely to lobby for the five-nation bid, a Russian campaign could split Europe.

Russia only have until Uefa’s March 23 deadline to submit their intention to bid and the British Isles FAs hope that by showing their hand now, they can force a retreat by Moscow.

Uefa is expected to confirm Euro 2028 will be expanded from 24 teams to 32, although that will only mean 12 extra games from the current tournament model.

The England-led bid would see matches played in all five countries, with Casement Park, home of Gaelic sports in Ulster, emerging as the most viable Belfast option.

But the majority of games would be played in England, with the final at Wembley, despite the carnage of the Euro 2020 final last summer.

Bullingham added: “We faced a  perfect storm that day but Uefa chief Aleksander Ceferin said it wouldn’t have any impact on any bidding.”