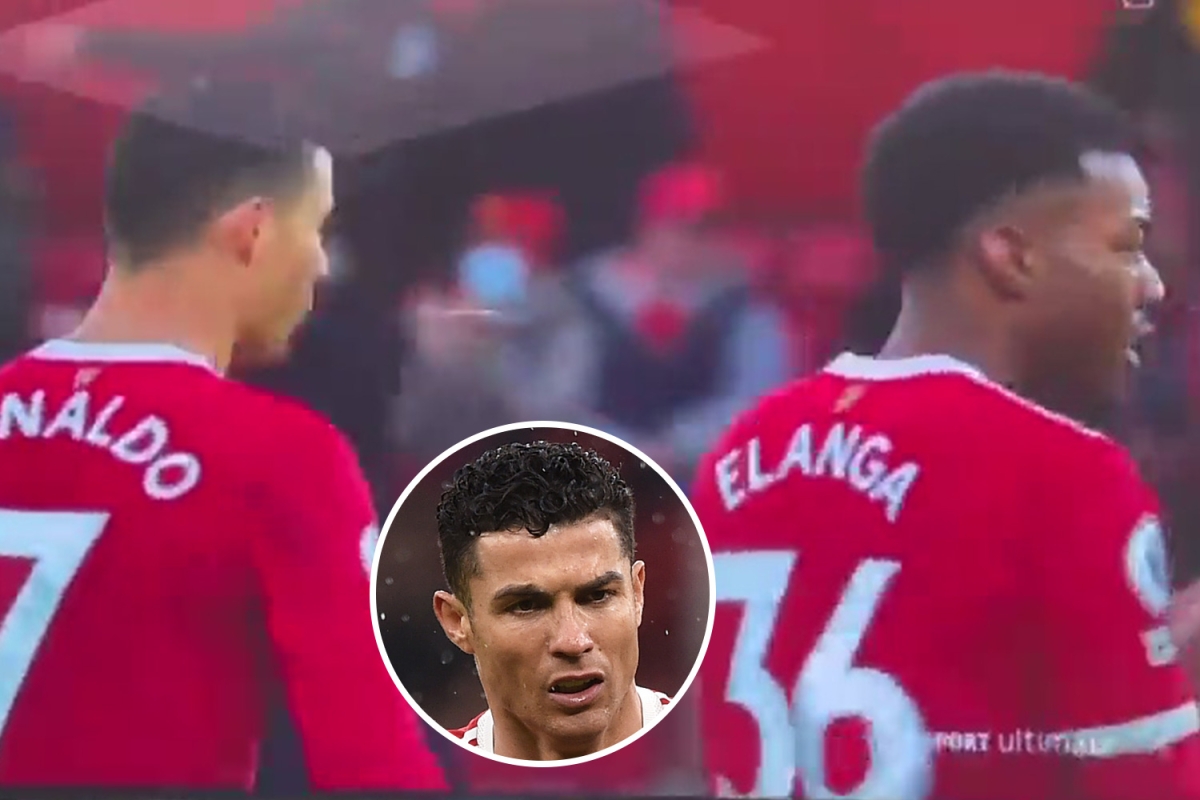 ANTHONY ELANGA appears to have been the unintended target of a gobby Cristiano Ronaldo during Manchester United’s 1-1 draw with Southampton.

Footage from the Old Trafford clash appears to show the Portugal superstar accidentally SPITTING on his young team-mate.

There is no suggestion the act was deliberate by the United striker.

But as he turns to clear his throat at full-time he appears to launch his phlegm onto Elanga’s back.

The Swede, 19, seemed not to notice as he politely applauded fans at the final whistle.

Elanga was introduced as a late substitute for Scott McTominay at the Theatre of Dreams.

But he had little impact as the Red Devils coughed and spluttered their way to another disappointing draw.

United managed to turn three points into one yet again on another afternoon of frustration for boss Ralf Rangnick.

Jadon Sancho put the hosts a goal ahead before half-time with a close-range clip.

But it was once more a game of two halves as Che Adams notched a 48th-minute equaliser for the in-form Southampton.

It could have been more, too, as Maguire escaped unpunished when he stumbled and trod on Armando Broja’s calf in the dying minutes.

The Portuguese great saw a brilliant chance to end his scoring drought go begging when Romain Perraud blocked his effort on the goal-line when Ronaldo went through on goal.

Rangnick’s men let a lead slip to draw 1-1 for the THIRD game in a row and will be lucky to finish in the Europa League slots – never mind top four – the way they’re going.

United legend Paul Scholes blasted his former said and said: “These Manchester United players do not want to do the ugly side of the game.

“There are a lot of very good players in that team – you could name every one of them.

“But with talent you have to work hard as well.

“I feel sorry for the manager because he is clearly trying his best to set his team up to play against this type of team [Southampton] and they are either not listening, can’t do it, or don’t want to do it.”