After almost 18 months without fans coming through the turnstiles, many clubs are reliant on swelling the coffers with friendlies against higher division teams

Clubs lower down the football pyramid are missing out on potentially big paydays due to Covid red-tape concerns over staging pre-season friendlies.

Over the weekend non-league side AFC Fylde announced they had postponed a planned home game with Championship side Barnsley.

That was due to the Covid restrictions placed on them by the Director of Public Health. Fylde confirmed the postponement on Friday, saying they were not in a position to ensure every supporter attending the game had a negative Covid test given the scale of such an operation.

A statement from Fylde said: “To comply properly, this would require extensive planning to implement this system, which is not possible for a club of our size.”

The Coasters, who play in National League North, are also due to host Blackburn Rovers this coming Saturday but that game is now also in doubt.

Having not welcomed supporters into grounds for the best part of 18 months, the loss of income from a glamour friendly against higher opposition cannot be underestimated for clubs in non-league.

Elsewhere, League Two side Port Vale are pleading with authorities to allow them to host away fans when they welcome Nottingham Forest for a friendly later this month.

Vale chief executive Colin Garlick revealed his club are meeting the Safety Advisory Group, which advises the city council, later this week and that he’s hopeful about getting the green light to welcome supporters back.

He said: “I just hope that common sense will prevail with the local authority in terms of a 20,000-seater stadium at Vale Park.

“I am hoping we can have Forest supporters come as well to add to the atmosphere. I expect that people will want to come out and try to get back to normal, and I think we can cope with it.”

That game is scheduled to take place on July 17 – two days before the proposed easing of all remaining restrictions.

Prime Minister Boris Johnson is set to announce the fourth and final step of the country’s roadmap out of lockdown later today.

It is still unclear if that will mean grounds are able to return to full capacity next season or whether fans who attend will have to provide negative Covid tests or proof of having had both vaccine jabs.

At present, and as is the case for fans attending the European Championship matches at Wembley, a negative test or proof of vaccination must be provided in order to gain entry to the ground.

At present, a maximum of 10,000 fans are permitted at outdoor sports venues in England, excluding pilot events such as the Euros and last season’s FA Cup final. 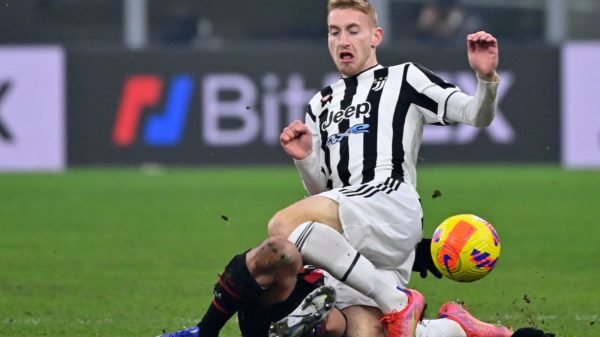 AC Milan have been linked with Dejan Kulusevski over the past 24 hours but it seems that the speculation will go no further than...