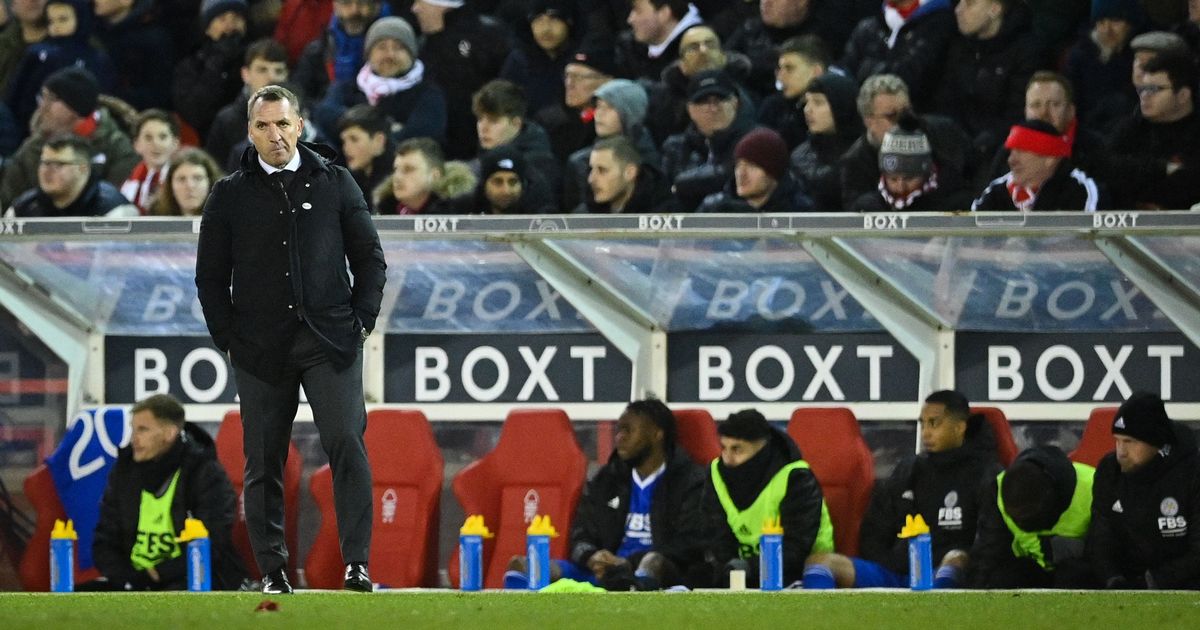 Leicester were shocking in their FA Cup defeat by Nottingham Forest on Sunday.

And everything Brendan Rodgers said about his men not showing authority, not taking the game by the scruff of the neck and not treating it as they should have against a local rival was bang on.

It was as if they thought they could just play pretty patterns and it’d be enough without the realisation that it was a derby.

That sort of stuff must come from the manager in the first place, though, and in a season in which Leicester have struggled to match the levels they have set in recent campaigns, I can’t help thinking the Foxes boss is reaching a crossroads at the King Power.

One that will make this summer’s transfer window arguably the most important of his career.

The way he was speaking about the team being together for three years, he was saying to the club’s owners that he needs a rebuild.

But Leicester aren’t the sort of club to hand their manager £200million and they have just invested heavily on the training ground and academy.

His team was short of senior players without Kasper Schmeichel, Jamie Vardy and Marc Albrighton starting, though, and bringing in three more who will come in when they are rested or injured with still cost £100m and I’m not sure they are going to give him that.

It means that, all of a sudden, people are starting to wonder where a man who was linked heavily with Manchester United when Ole Gunnar Solskjaer was sacked in November goes from here.

That’s how quickly the world of football can change and, if he can’t turn things around again as quickly, you wonder whether the idea of him managing one of the biggest clubs in the country again might have passed him by.

I know the FA Cup meant a lot to Leicester given it was their first one but for the big boys it’s not a major trophy, just a cherry on top.

What they need is someone who will get them playing good football but also have that character, when the going gets tough, to claim a place in the top four, to win a major honour, and I’m not sure Rodgers’ record in England suggests his teams do that.

I wonder, then, if a big club was looking at him, Steven Gerrard or Frank Lampard, how much that would count against him.

With Gerrard, you know he’ll have his players running through brick walls for him because it was one of this top qualities as a player.

And Lampard the same.

He can say to his players that they have to give everything they have got all the time because that’s what he did, and I’m sure they will.

I love Rodgers, I love the way he coaches and wants to play the game, but sometimes I see him writing notes in his book to deliver tactics at half-time and think it might not be enough.

Sometimes you need to weigh into players to get them going, and I don’t know if, as a non-playing manager, he can inspire the same respect in players as those two.