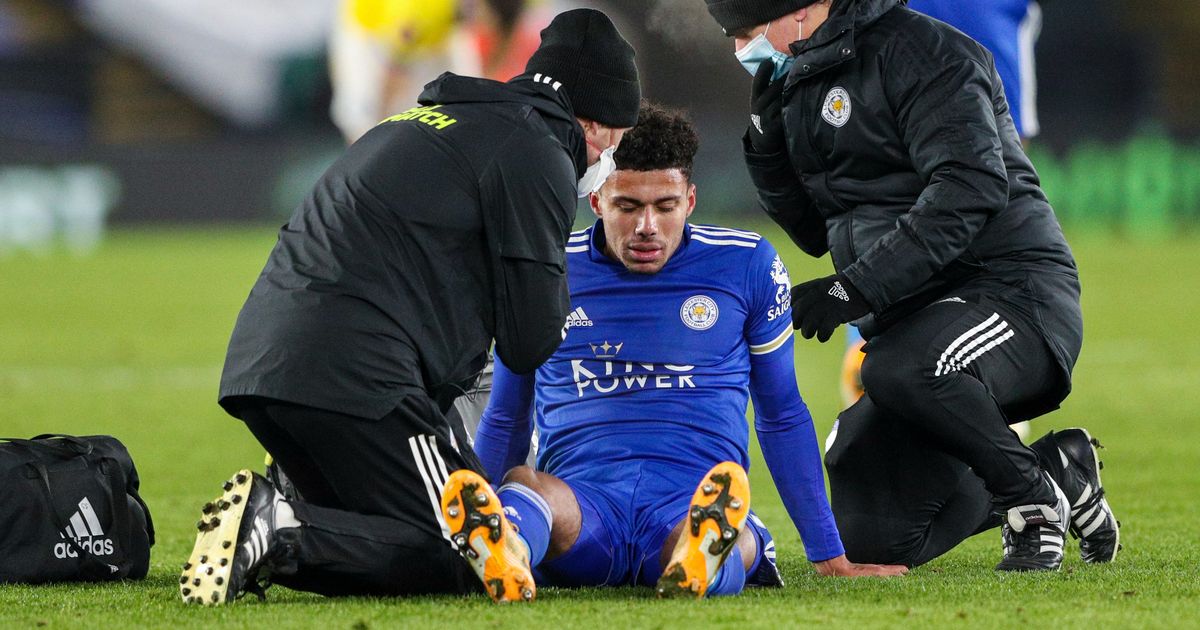 Leicester City’s James Justin has gone from cruciate ligament heartbreak to an England call-up, as Gareth Southgate names him in his Three Lions Nations League squad

The Three Lions boss will take his side to Hungary and Germany next week, before welcoming Euro 2020 Italy winners and then Hungary to Molineux as the national team ventures away from Wembley.

The squad has made headlines with its exclusion of James Maddison, while Jarrod Bowen got a debut call-up and recent Canadian-born Serie A winner Fikayo Tomori is named to finally win more caps.

After coming back from a devastating cruciate ligament injury earlier in the season, Justin went on to play in 13 Premier League games for the Foxes this campaign and featured heavily in their Europe Conference League efforts.

A versatile defender who predominantly plays as a right back, Justin has been known to be deployed as a left back and even central midfielder previously in his career.

Born in Luton, the defender went on to play for his hometown club after progressing up the club’s youth system.

Justin broke into Luton Town’s first team during the 2016/17 season and featured in multiple positions such as left winger and central midfielder before settling into a more defensive role.

After impressing Leicester scouts, Rodgers made Justin his first signing as Foxes boss. Having now recovered from last season’s devastating injury, he now looks set to earn a starting spot with the Midlands club.

Justin is no stranger to St George’s Park and the England set up, having been called up to the under-19 national team in 2017, ahead of the age group’s European Championship campaign. However, he did not make the final squad and failed to make an appearance.

Just months later, Justin received his first under-20 call-up and played in two friendly games against the Netherlands and Switzerland, making his debut in a 3-0 win against the Dutch.

The Leicester right back has also been a recent regular for the under-21 side, with eight caps and one goal to his name. This pathway continues what Southgate has long targeted, a natural progression through the age groups to the senior team – as England look to build a playing identity.