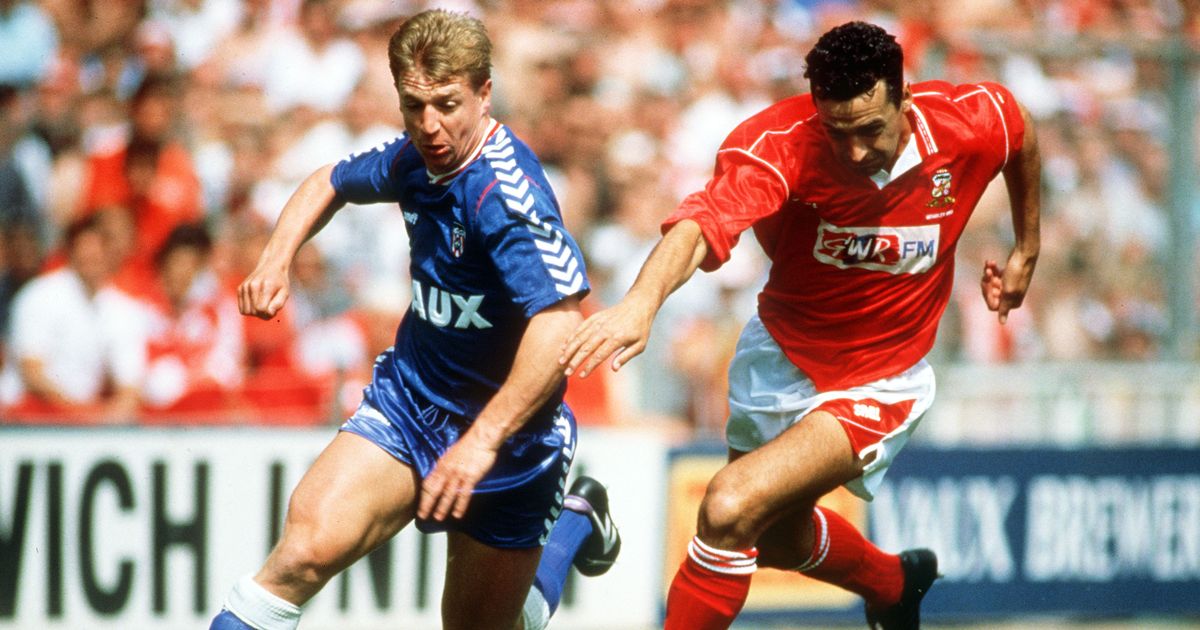 Sunderland travel to Wembley this weekend probably more in hope than expectation.

After all, the Black Cats’ are in their seventh stab at the play-offs and are still searching for that elusive promotion via this gloriously-entertaining but also nerve-shredding method. Two of the most gut-wrenching defeats in that streak were the defeats in 1998 and 2019 – both to Charlton.

Losing on penalties after a pulsating 4-4 draw was sickener, as too was the last-gasp reversal against Charlton 21 years later with the Addicks again inflicting more pain this time with virtually the last kick of the game to seal a 2-1 win.

However, another final heartache for the Wearsiders unexpectedly resulted in a positive outcome. Back in 1990 Sunderland overcame arch-rivals Newcastle over two legs to book a Wembley final against Swindon, who had beaten Blackburn.

But the Black Cats simply didn’t turn up; Alan McLoughlin’s deflected goal just before the half-hour gave the Wiltshire side the win and with it a place in the top flight – or so they thought.

The issue of financial irregularities had been the Sword of Damocles hanging over the Robins all season. And so just a week after their victory on the pitch they were given a huge punishment by the FA.

They would be demoted from the first division down to the third after their Chairman, Gary Herbert, admitted 36 charges dating back over a five-year period, all but one involving illegal payments to players. Ex-boss Lou Macari was also fined £1,000 for betting on his own side to lose a game while the then manager Ossie Ardiles was also charged in relation to allegedly distributing £5,000 in cash bonuses in the dressing room.

The upshot for the Black Cats was an unlikely and unexpected reprieve. After much deliberation it was decided Sunderland would be awarded the final spot in the 1990-91 First Division. Others were unhappy at the decision, including Newcastle who argued their third-placed finish should warrant their promotion whilst Sheffield Wednesday (who finished in the final relegation place in the top flight) wanted a reprieve.

In the end the decision was to hand the spot to the beaten Black Cats, whilst Swindon’s demotion was halved on appeal and they remained as they were; a second tier club.

Whilst the promotion for Sunderland that year was very much an anomaly, they would like to buck another trend on Saturday when they face Wycombe in the League One play-off final. Victory, this time a legitimate one, would wipe out years of pain in the end-of-season lottery. One of those who knows all too well about heartache at Wembley is Sunderland icon Niall Quinn.

The striker spent six years on Wearside and was part of that 1998 team for that fateful game against Charlton. And he feels under current manager Alex Neil, who was only appointed in February, they have a great chance of ending their supposed Wembley curse. “Alex has brought lots in the last two or three months,” Quinn told Mirror Football.

“I think the players go into this Wycombe game knowing they’re on a different level than they were before he came in.

“The last play-off in 2019 there was hope I felt. With this one I feel there’s a bit more than hope in the air. There’s something to build on that Alex has put in place.”

And on the disappointment of 1998, Quinn believes it strangely led the foundations for better days. Sunderland would ultimately romp to the second tier title the year after before posting superb seventh-placed finishes in the Premier League in both 2000 and 2001.

He added: “I look back at that day as a positive really, as most footballers do! We eventually got to the dressing room broken-hearted. Then the door slammed and we had a dressing room conversation that was as good as any I’ve had. We wanted to come back stronger next year, from the first day.

“That, I think, paved the way for the future success we had.”