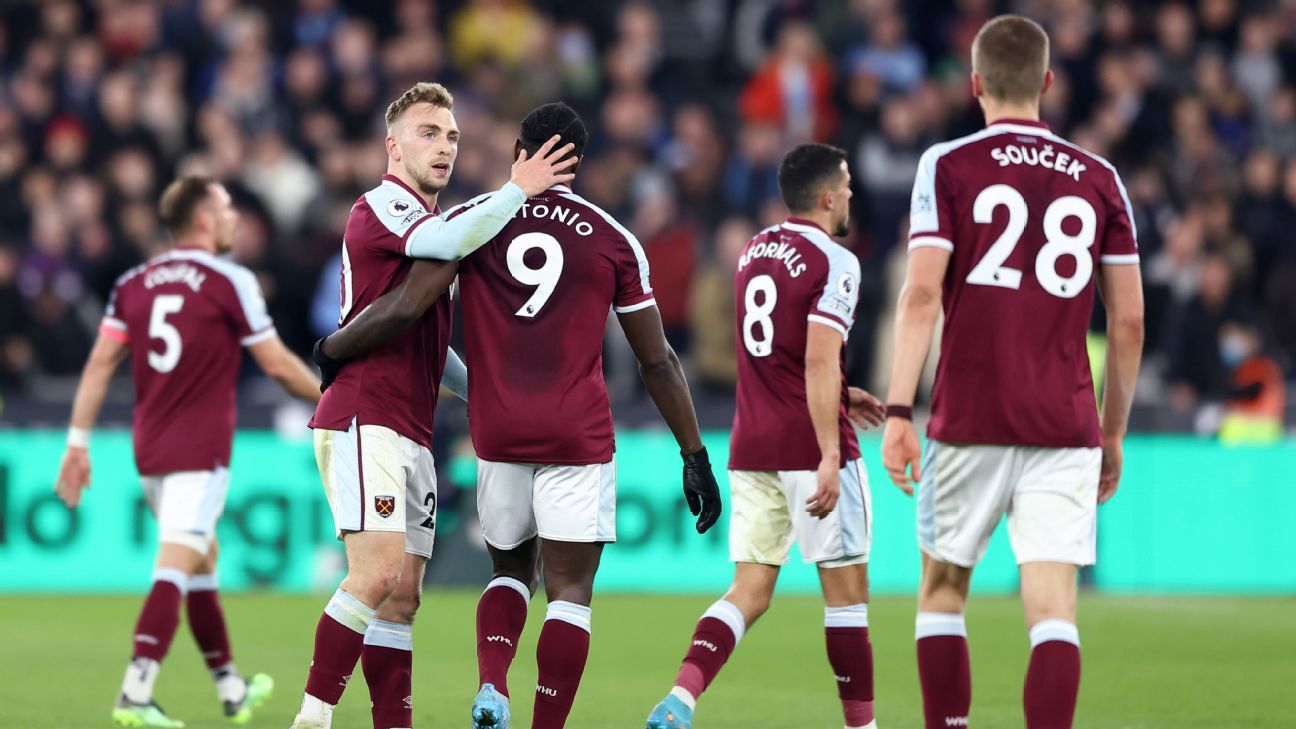 West Ham United boosted their hopes of a top four finish in the Premier League as Jarrod Bowen’s second half goal gave them a narrow 1-0 win over relegation-threatened Watford on Tuesday.

Defender Kurt Zouma, who is under investigation by the police after a video of him slapping and kicking a cat emerged on social media, was selected in the starting lineup by West Ham manager David Moyes and was booed by the home crowd.

Watford more than held their own for long periods against West Ham, but were undone in cruel fashion as Bowen’s 68th minute shot took a wicked deflection to beat goalkeeper Ben Foster.

Roy Hodgson’s side had been the better team early on but West Ham improved to earn an important victory.

They moved to 40 points in fourth spot, one point above Manchester United, who were in a later kickoff at Burnley.

West Ham have played more games than all their rivals in the top-four battle, but after consecutive league defeats they are right back in the mix for Champions League qualification.

“We know how important tonight was even if it was an ugly game,” Bowen said. “All we can do is focus on ourselves.

“We have a lot of games coming up so it is important to take maximum points.”

Zouma was kept busy in the first half as Watford belied their lowly position to play the better football, although chances were few and far between with West Ham coming closest when Said Benrahma struck the woodwork from a rebound.

The second half was not a great deal better, but West Ham will not care as they pocketed three valuable points.

And it was Bowen, their most reliable forward of late, who did the trick again when he took aim from 25 metres and his shot struck Watford defender Samir to leave Foster wrong-footed.

It was Bowen’s sixth goal in as many games and he almost doubled the lead late on but his powerful strike was kept out by Foster.

Watford’s Tom Cleverley was denied by Lukasz Fabianski late on as the visitors sought an equaliser but they are now winless in 10 league games and in 19th position.