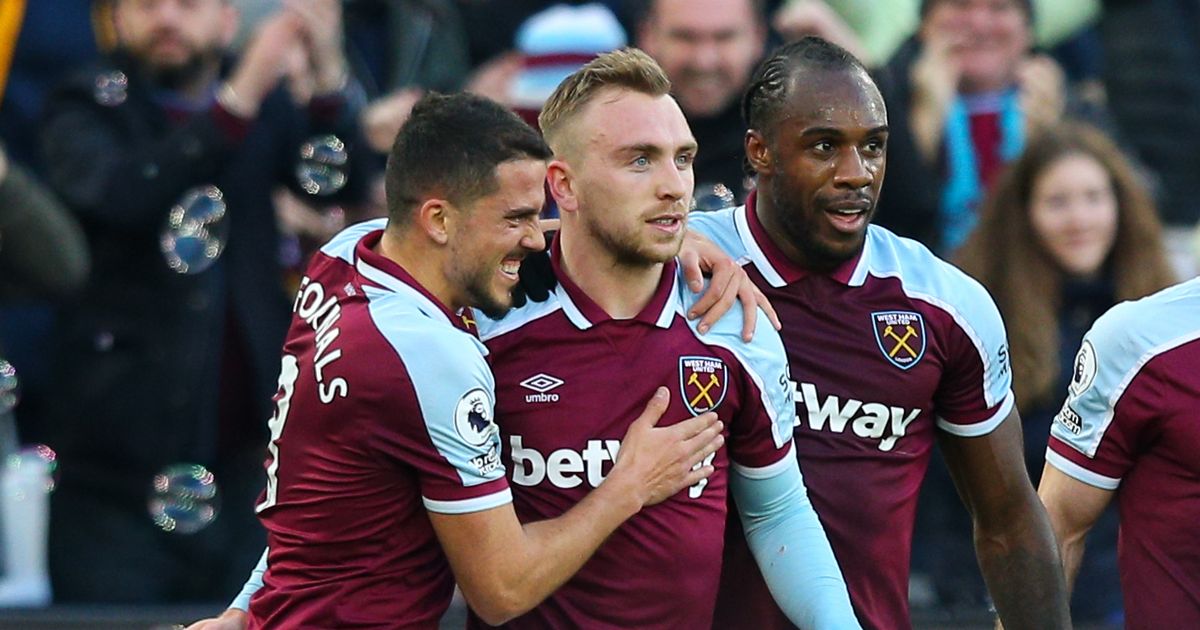 Jarrod Bowen scored his 10th goal of the season in the FA Cup win at Kidderminster, and ex team-mate Alex Penny says West Ham should “enjoy him while they can”

Jarrod Bowen ruthlessly dumped non-league Kidderminster out of the FA Cup with a last-gasp extra-time winner.

And his old Hull team-mate Alex Penny has warned West Ham that ambitious Bowen will be just as callous over his future when bigger clubs come calling.

Bowen netted the 10th goal of an impressive season when this pulsating tie was on the verge of penalties at the sixth tier hosts of National League North.

Bowen’s subsequent knock-out blow to the hosts left them and their fans aghast at a packed Aggborough, in front of 5,326 and a gripped live televised audience of millions.

Have Your Say! Is Jarrod Bowen ready to move on from West Ham? Tell us here.

Defender Penny, 24, was distraught at the final whistle as arguably the biggest ever shock in FA Cup history was on the cards against the Premier League visitors, who are fifth.

But he was still gracious enough to praise Bowen, 25, for his stunning development since joining Hull in 2014 before moving to West Ham January 2020 for £18million.

Penny, who came through the ranks at Hull, said: “It was so cruel.

“I was the match winner with two-three minutes to go and I would love to have seen that.

“But I was with Jarrod growing up at Hull and he has progressed massively.

“I saw him when he came from Hereford straight to us at Hull.

“Seeing the way he was treating his body then, you knew he was going to go on and do big things.

“That is something you will never take away from him and he shows it.

“No matter who he is against, he is going to keep going until the last minute and show what he is about.”

Bowen, who is under contract at West Ham until 2025, has been tipped for an England call-up.

Bowen has become a key player for West Ham
(

Penny reckons international honours are inevitable as well as a lucrative move in the future.

The full-back added: “The levels he is performing at, it is only going to be a matter of time before he is in an England shirt and then a bigger team snaps him up as well.

“West Ham should enjoy him while they can, but at the same time never forget what he has done for the club and the performances he has been putting in for them.

“He will wear the badge on his heart and keep going right until the end.

“You can see his ambition and drive and he really wants to go to the next level.

“He wants to better himself, you could see it on the pitch.

“When he first came to Hull he was a striker and he was scoring goals in the Championship week-in, week-out.

“Then he moved out on to the right and was still scoring goals.

“He is intelligent and can adapt, and I think that is going to be the main thing for the rest of his career.

“Whatever manager he has, he will adapt to whatever hurdles are in his way. I know he will for sure.”