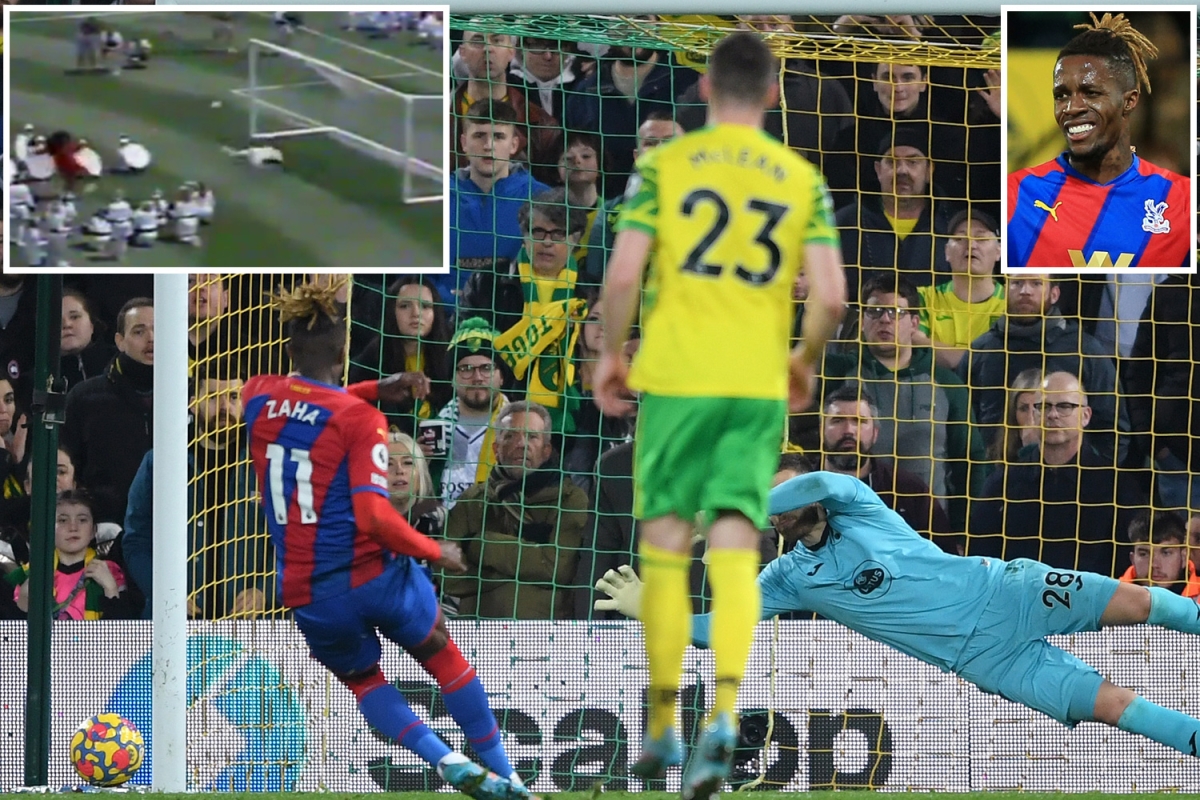 CRYSTAL PALACE forward Wilfried Zaha channelled his inner Diana Ross as he dragged his penalty five yards wide during the 1-1 draw at Norwich.

The Ivory Coast international, 29, went from hero to zero at Carrow Road after he equalised with an emphatic curling strike in the 60th minute.

Zaha whipped in an effort from the edge of the box into the top right corner for one of the best goals of the season.

But he was then guilty of missing one of the worst spot-kicks in Premier League history just THREE minutes later.

Zaha’s shot bobbled off his standing foot and away from goal to leave the player shocked by what just happened.

It turned out to a decisive moment in the match as the Eagles had to settle for a point to make it four top-flight matches without a win.

Unsurprisingly, social media was sent into a meltdown over the miss as fans likened the attempt to Diana Ross’ failed penalty during the USA 1994 World Cup opening show.

Supremes legend Ross was on the mic as she ran through a crowd of people, ready for her big chance of scoring from the spot.

But the lady in red feigned a few run-ups before hilariously scuffing her effort wide.

It was obviously supposed to find the back of the net – and the people by the goal decided to collapse it anyway to add to the ridiculousness.

A third added: “That Zaha penalty might just rival that of Diana Ross’.”

Meanwhile one remarked: “Zaha with maybe the worst penalty you’ll ever see…”

This fan then said: “No overreaction but Zaha’s penalty may be the worst I’ve ever seen.”

One supporter then referenced Cristiano Ronaldo and Anthony Elanga’s misses in Manchester United’s FA Cup exit at the hands of Middlesbrough last Friday.

He stated: “I thought Ronaldo and Elanga’s penalties were bad the other night. Take a bow Wilfried Zaha.”

Another joked: “Zaha with the sort of penalty that gets a sympathetic retake in an under-9s game.”