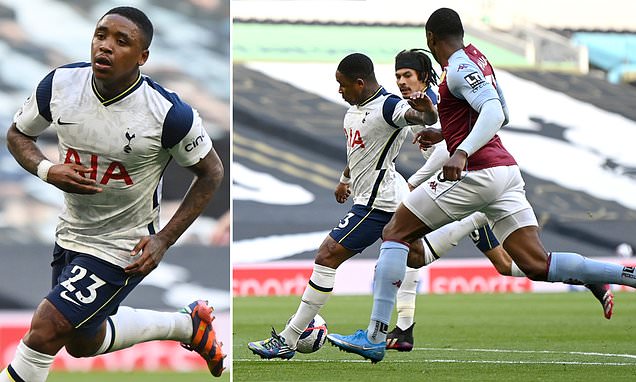 LIVE: Tottenham vs Aston Villa – Sergio Reguilon’s HORROR own goal levels things up after Steven Bergwijn’s solo opener as Harry Kane returns to action for the first time since asking to leave Spurs

Tottenham are looking to take another step towards European qualification when they Aston Villa this evening.

Harry Kane could be making his final home after the striker asked to leave the club earlier this week. There will also be 10,000 Spurs supporters in attendance for the first time since December.

Elsewhere, European contenders Everton are also in action at home to Wolves, while Newcastle host already-relegated Sheffield United, with both games kicking off at 6pm. We’ll keep you up-to-date with both matches.