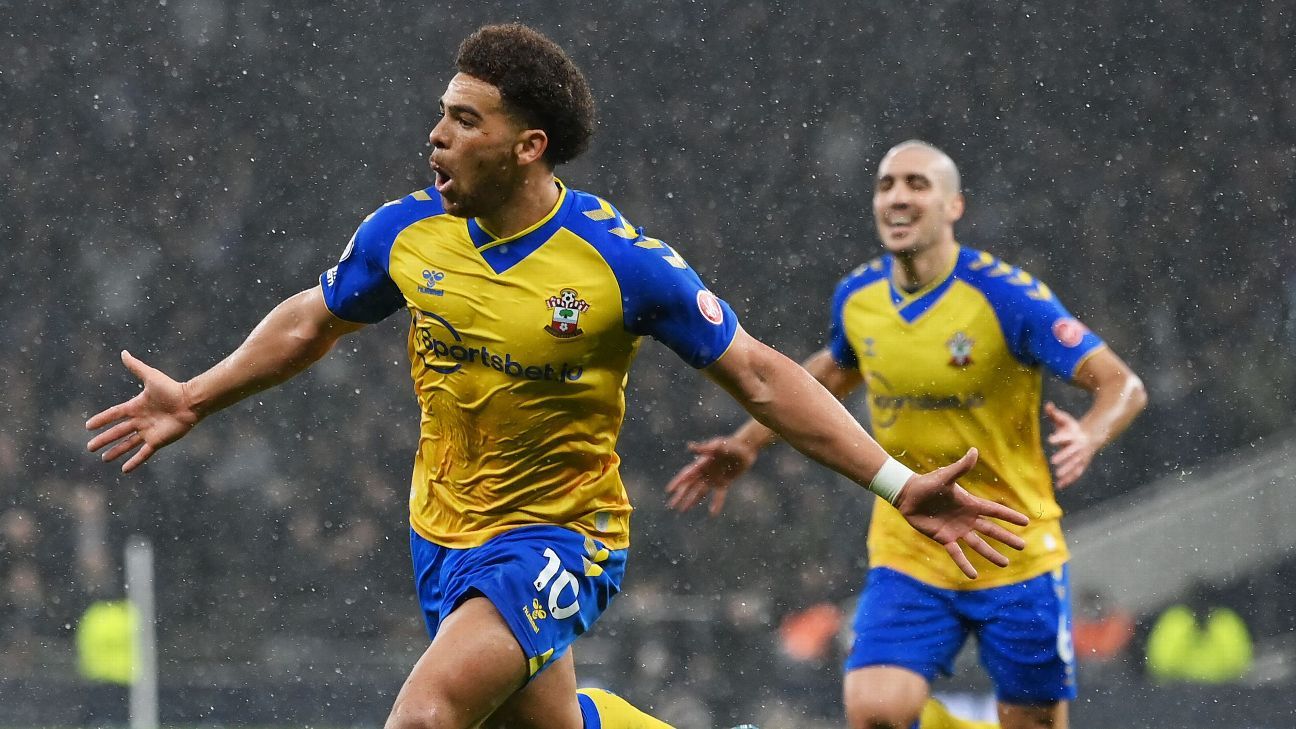 Mohamed Elyounoussi and Che Adams stunned the Spurs defence in the final 11 minutes, turning the game around after Son Heung-Min looked to have grabbed the winner for the hosts on 70 minutes.

Southampton were the better team in the first half and trailed through a 19th-minute own goal from Jan Bednarek which had put Antonio Conte’s side ahead against the run of play. Armando Broja equalised just four minutes later before Son put the hosts back in front.

However, late goals from Elyounoussi and Adams turned the game on its head to give Southampton all three points.

Substitute Steven Bergwijn thought he had rescued a point for Tottenham in stoppage time but his effort was ruled out for offside after a VAR check.

The results means Spurs remain in seventh place in the Premier League, four points behind West Ham in fourth with three games in hand, while Southampton move up into 10th.

It was a stressful night for Tottenham manager Conte, who watched his team get outplayed at times and defend appallingly. He also got embroiled in a fierce slanging match with Southampton players and technical staff after Son’s goal.

“In the first half we made many mistakes and many times the pass was not good and we risked complicating our life today,” Conte said. “The players gave everything tonight and that is why it was a pity to lose the game.”

The night had begun well for Tottenham when Lucas Moura played a clever pass to Pierre-Emile Hojbjerg and his low cross, aimed at Son, was intercepted by Saints defender Bednarek who could only turn the ball into his own goal.

Southampton immediately changed gear and begun to carve open a Tottenham side with some fluent football.

The hosts then took the lead in the 70th minute when Harry Kane played in Moura who whipped in a low delivery for Son to meet with a brilliantly-controlled shot.

Southampton felt there had been a foul on Broja by Emerson Royal in the build-up and while he was down having treatment, Conte lost his temper, gesticulating at Southampton players.

When order was restored it was Southampton who had the clearer heads and thanks to a couple of majestic James Ward-Prowse crosses and some non-existent Tottenham marking they returned home with a deserved three points.

“The mentality and character of the team is outrageous, it is fantastic to watch,” Saints manager Ralph Hasenhuttl said. “They are fighting for everything. We played fantastic football and played 23 passes before the second goal. Fantastic.”