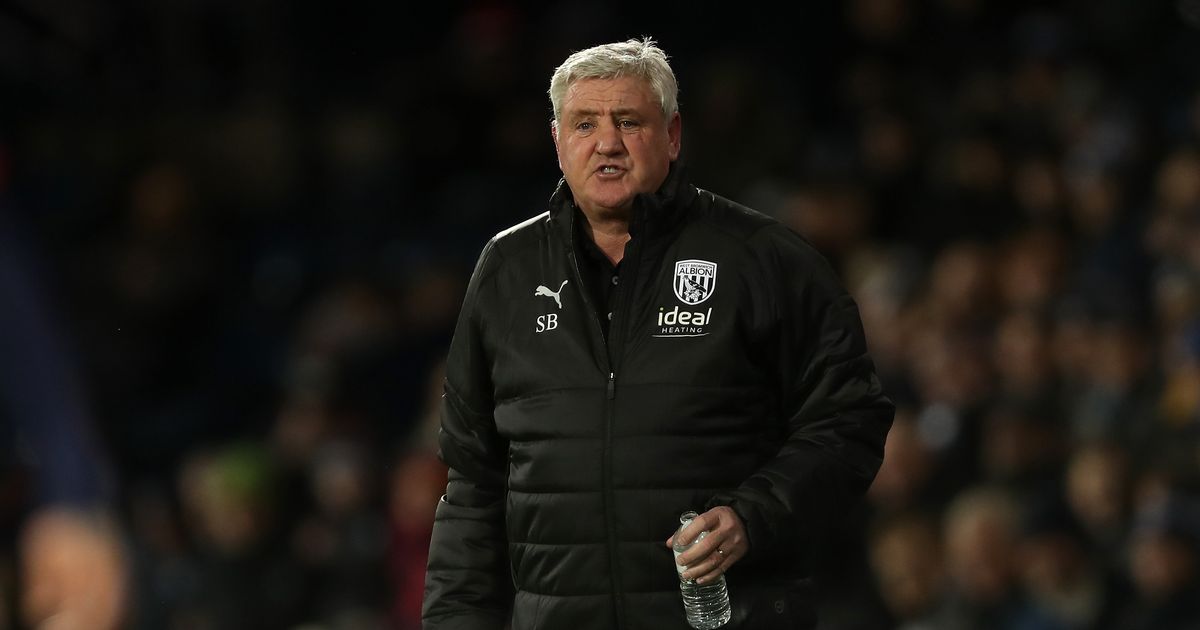 Bruce surprised many when he took up the vacant post at West Bromwich Albion earlier this month, after enduring a tough time whilst in charge of Newcastle United

Bruce had copped for more abuse than most managers get in a career, with the end of his reign on Tyneside welcomed by the vast majority of Newcastle fans.

In an interview with the Telegraph, just days after his exit, he reflected on the level of that abuse.

“I think this might be my last job,” the 61-year-old admitted at the time.

“It’s not just about me, it’s taken its toll on my whole family. To never really be wanted, to feel that people wanted me to fail, to read people constantly saying I would fail, that I was useless, a fat waste of space, a stupid, tactically inept cabbage-head or whatever. And it was from day one…”

Will Bruce lead Albion to promotion this season? Let us know in the comments

Those comments left many feeling as though Bruce had finished with football. And who could blame him?

Despite the criticism he came in for, Bruce achieved his principle aim with United and kept them in the Premier League – before that, he had won four promotions into the top flight.

He was now free from the strains and stresses of the job, with the new regime at St James’ Park at least allowing him the dignity of managing his 1,000th game in the dugout before waving him on his way.

So when, less than four months after his high-profile departure, Bruce was unveiled as West Bromwich Albion’s manager, it did raise more than a few eyebrows across football.

What had suddenly changed? Had a few months off suddenly re-ignited the passion within Bruce?

Judging by his comments upon his Hawthorns unveiling, that certainly seems to be the case. A chance to recharge the batteries whilst watching the England cricket team out in Abu Dhabi appears to have given Bruce a fresh outlook.

After penning an 18-month deal in the West Midlands, he admitted: “I did not envisage I would return to management this quickly, but once I got the phone call from Ron (Gourlay), I knew I could not resist the challenge of getting this club back to where they want to be.

“I am coming in with one aim and that is to get Albion to the Premier League.

“I could easily have sat and watched the cricket. But I’ve recharged my batteries. What happened at Newcastle is history now.

“I asked myself ‘Do I still want to do it? Do I still have the same enthusiasm? Do I want a fifth promotion?’ And the answer had to be yes.”

Bruce has certainly been saying the right things to his new club’s fanbase. But it has so far been a low-key start for his new charges.

Albion drew 0-0 with Blackburn Rovers on Monday in a stalemate that extended their poor run in front of goal.

They have now gone more than six hours – 361 minutes to be precise – without scoring a goal. Across all competitions it is now just one win in ten for the Baggies, who have dropped down to eighth in the table.

Bruce, who saw his former Newcastle striker Andy Carroll cause Blackburn problems, admits that he may look at a formation rejig in a bid to get the team back on track.

“There was lots to be pleased about and it’s good to at least get a point but we need to find a way of scoring goals and winning games,” admitted Bruce, whose first game was a 2-0 defeat at Sheffield United.

“Maybe I need to take another look at playing 4-3-3. We certainly need someone getting closer to Andy (Carroll). He worked his socks off, proved his fitness and looked a threat.

“I have to thank the supporters for giving me the welcome they did. It was great to hear – and I’m still quietly confident that we can make the play-offs.”

Bruce’s assertion that his side need to score more is backed up by the numbers. Albion have scored just 34 league goals – the lowest tally of all top half sides in the Championship.

Bruce has jumped back into football relatively quickly, the transfer window is shut and he’s taken over a team clearly low on confidence.

Some are questioning whether the gamble will pay off.

To achieve his target of the play-offs this season, he will need to draw on all his experience to make that aim become a reality.