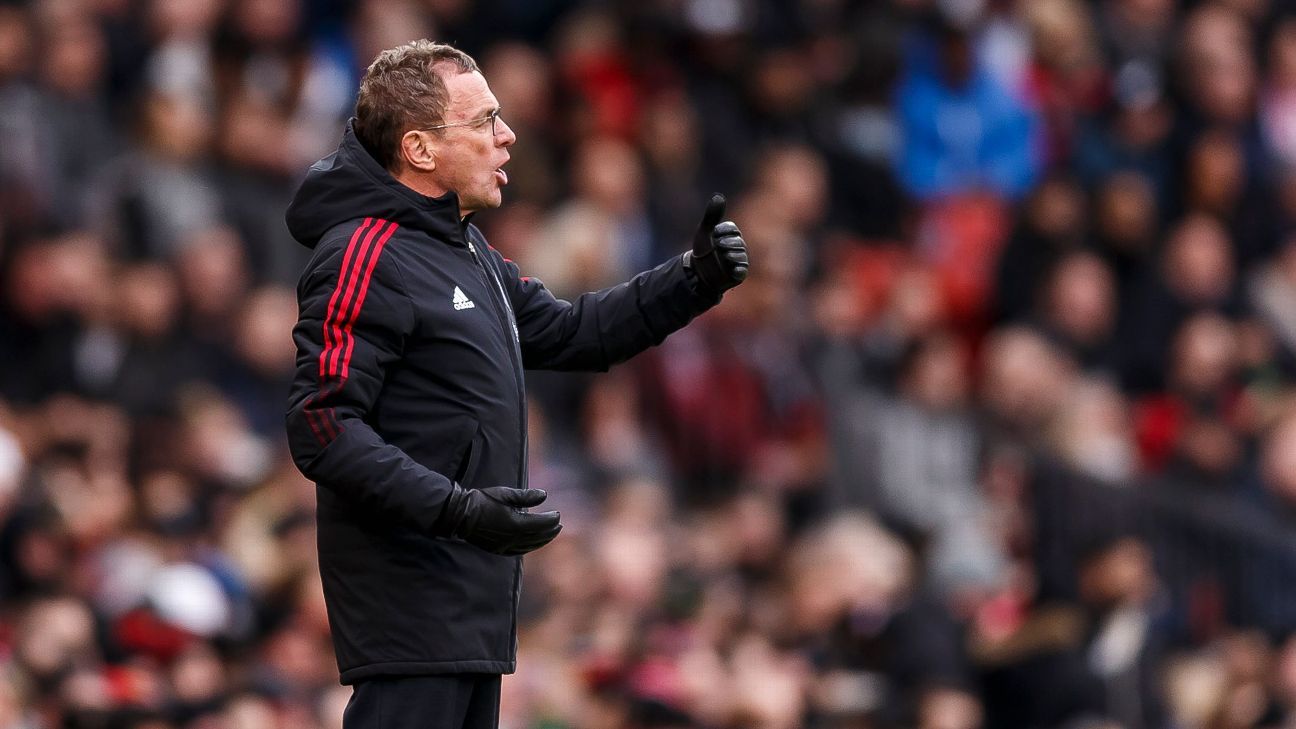 Ralf Rangnick says former manager Ole Gunnar Solskjaer will have to shoulder some of the blame if Manchester United miss out on a place in the top four this season.

United are stuttering in the race of Champions League football after successive draws with Burnley and Southampton.

Rangnick admits he is “concerned” about their prospects of finishing in the top four but insists Solskjaer, sacked in November after a run of five defeats in seven league fixtures, is also responsible.

“It [not finishing in the top four] has always been a concern since Ole left the club,” said Rangnick.

“That was one of the reasons why he probably had to leave the club and of course results like [Southampton] doesn’t make things any easier.

“This is what we have to face. We have to realise the truth and obviously with results like this it doesn’t make it any easier to finish fourth at the end.”

Against Southampton at Old Trafford on Saturday, United were pegged back after leading for the third game in a row after similar performances against Middlesbrough and Burnley. They also threw away a two-goal lead against Aston Villa in January, eventually drawing 2-2.

Rangnick has been especially critical of his team’s second-half display against Burnley and Southampton and hinted he is struggling to fix all the issues after being parachuted into the job mid season.

“To be honest I don’t know if we are fit enough to play that way because, as you said, I came in the middle of the season,” said the 63-year-old.

“We had no preseason and in essence we had in total two weeks in between where we could train in a normal way.”

United are back in action against Brighton at Old Trafford on Tuesday and Rangnick says there are a number of problems to rectify from the draw against Southampton.

“I would have wished us to stay a bit calmer. We had the chances. I don’t think it’s a question of physicality with regard to fitness but yes it might well be. As I said the players we have are technical players, they like to play technical football but in the Premier League no matter against which team, you cannot win games only in a technical way. You also have to show some physicality.”