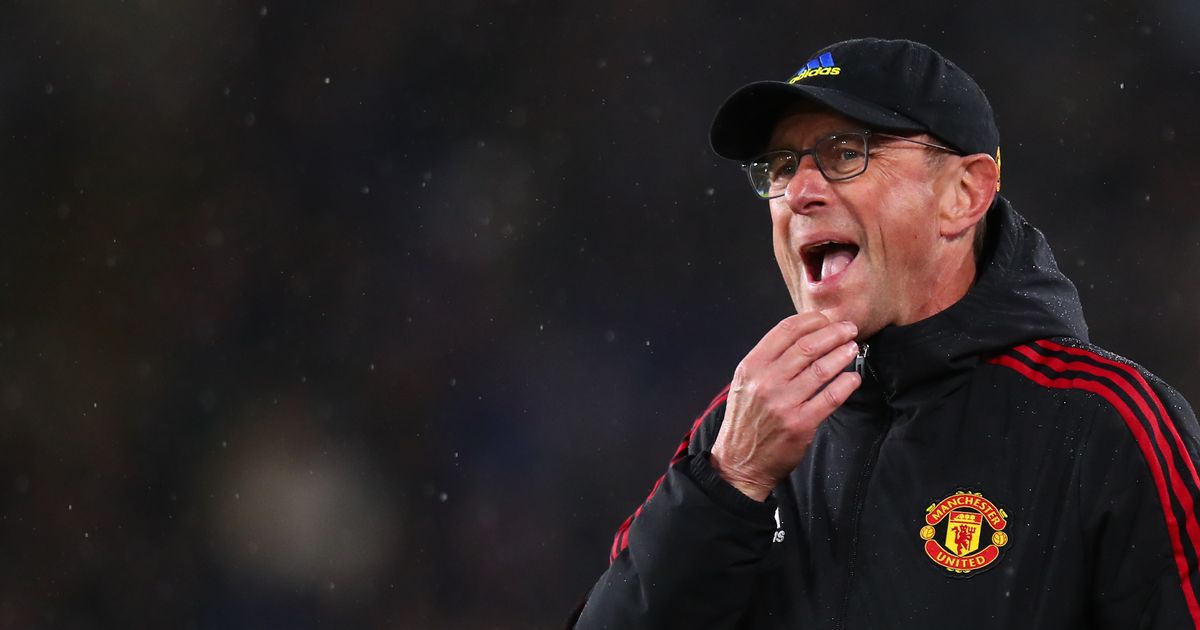 Manchester United are currently trying to hire a manager to take over the club in the summer, but the problems Ralf Rangnick is experiencing won’t simply go away

Manchester United are currently in the middle of a curious period, undergoing an identity crisis and battling for a top-four place in the Premier League, while trying to plot a path forward all at once.

The sacking of Ole Gunnar Solskjaer back in November was an inevitable consequence of the team’s poor form on the pitch, but had clearly not been planned for.

United’s hierarchy knew they needed to sack the Norwegian, yet appeared unsure how to proceed.

In the end, Ralf Rangnick was plucked from the relative obscurity of Lokomotiv Moscow, where he held the role of head of sports and development with the remit of leading the side until the end of the season.

It was a slightly left-field choice, with United choosing to forgo the usual option of a big name in favour of a different pathway.

The theory sounded good: Rangnick would come in, work intensively on the training pitch, instil a modern pressing game, whittle down and shape United’s bloated squad and then hand over an entirely new beast to his successor.

In practice, nothing is that simple and Rangnick has run into problem after problem at Old Trafford, many of which have concerned events off the pitch, rather than on it.

United’s dressing room is packed full of egos. Rangnick was hired for his tactical prowess, yet his biggest challenge has been managing his players’ wants and wishes.

The German does not appear to have much stomach for that side of things, with his comments about transfers, contracts, rumours and personal problems giving off an air of disinterest.

“I haven’t read any newspapers and don’t know about those articles,” he said in Friday’s press conference when asked about the latest gripe from his players to be leaked to the media.

You get the sense Rangnick would be much happier if his brief was limited to training and matchdays.

HAVE YOUR SAY! Who is the right man for the Manchester United job this summer? Comment below.

His 75 days in charge have been littered with reports of unhappy players and dressing room rifts. The departure on loan of Donny van de Beek, Anthony Martial and Amad Diallo in January doesn’t appear to have quelled things much.

The latest report, from ESPN, does not reflect well on United’s players, who are reportedly openly undermining Rangnick’s assistant, Chris Armas, comparing him to Ted Lasso, a fictional comedy character.

The players are unhappy with the focus of training sessions, which frequently contain 11 vs 11 matches instead of focused technical drills. It is tempting to wonder whether such gripes would become public knowledge were a more authoritative figure in charge.

It is amid this backdrop that United are stepping up their recruitment process to hire their next long-term manager. Rangnick will step aside into a consultancy role in the summer and, hopefully, the man who replaces him will begin to build a Sir Alex Ferguson-style dynasty.

According to The Athletic, the names in the frame are Mauricio Pochettino, Ajax’s Erik ten Hag, Spain boss Luis Enrique and Sevila manager Julen Lopetegui.

While Rangnick’s work in trying to earn United a top-four place and progress in the Champions League are important, the appointment of the next manager is arguably more so.

The problem for Richard Arnold, John Murtough and the other important players in the United boardroom is that their previous poor decisions might be affecting their next big one.

A leaky dressing room which is constantly making headlines for all the wrong reasons is hardly attractive to prospective managers looking in.

The pull of United’s history, of Old Trafford and of working with Cristiano Ronaldo is only so strong.

Pochettino, for example, is already well-versed in dealing with a squad packed full of egos , having to work with Lionel Messi, Neymar, Kylian Mbappe and co every day. Is he going to want to swap one difficult working atmosphere for another?

Disharmony is pervasive and United clearly have deep-rooted problems in their playing squad.

The club are already looking for a new manager this summer, but it seems their summer rebuild might need to be bigger than first envisaged.