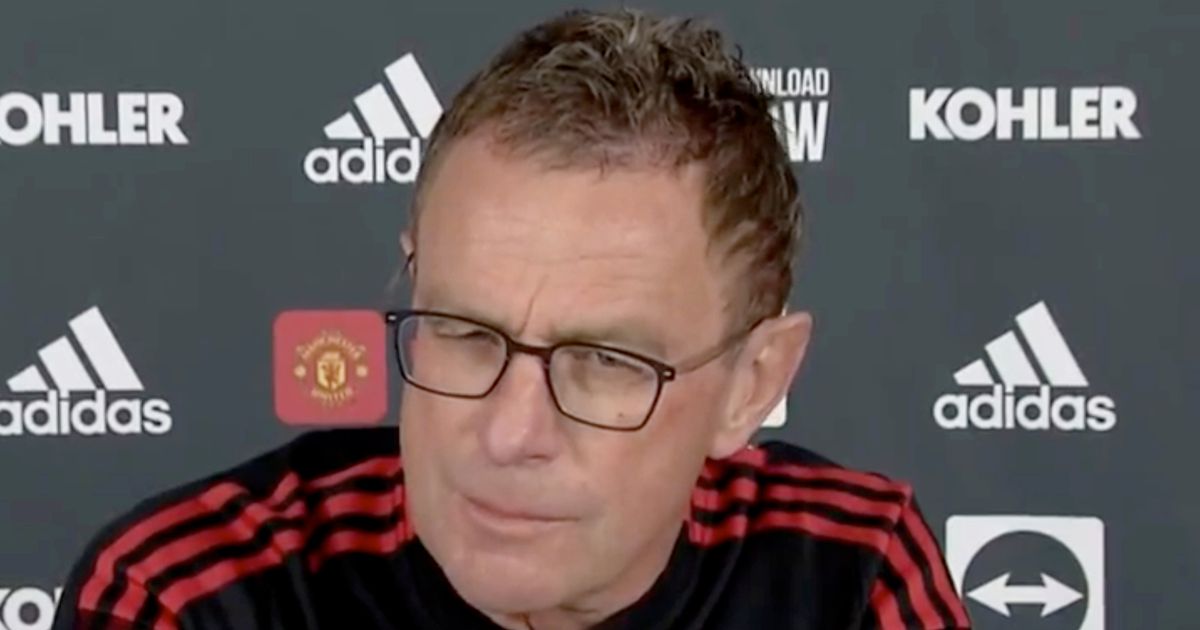 Manchester United interim boss is facing the prospect of shelving his beloved pressing style, accepting the current crop of stars at his disposal may not yet be up to it.

Rangnick has been in the Old Trafford hotseat for more than two months, having been named Ole Gunnar Solskjaer ’s successor at the end of November.

The German tactician steadied the ship leading into Christmas, but has failed to ever really get a consistent tune out of his adopted United squad.

Results have somewhat eluded him in recent weeks, winning just three of their eight games since the turn of the year, including three successive 1-1 draws.

In each of those matches, the Red Devils have taken the lead, only for their defensive deficiencies to rear their head, allowing their opponents back into the contest on each occasion.

HAVE YOUR SAY! Will Man Utd end the season in the top four? Let us know in the comments

On Saturday, it was Southampton ’s turn to come from behind and take a point, with Saints boss Ralph Hasenhuttl pointing out some flaws in United’s game in his post-match media commitments.

“It is not a big secret that when they lose the ball that the reverse gears are not the best from everybody,” Hasenhuttl said after his side’s draw at Old Trafford.

And Rangnick, feted as the ‘Godfather of gegenpressing’ prior to his appointment, has admitted that it is becoming a serious challenge to completely change the style at the midpoint of the campaign.

“What he said was that we are not a naturally born pressing team with a lot of players in their DNA to press all the time,” he said.

“This is normal. I mean, they haven’t been doing that in the last couple of years and to change that into a pressing team all the time is difficult during the season.

“For us, it’s important that we pick the right moments when we strive to be proactive, to be able to press, the best possible counter-pressing and even if this is not possible, to stay and not to easily be outplayed.

“Those were the moments where we had to suffer when we conceded the goals, too easily some of them in transitional moments when we’re almost over-anxious.

Rangnick added: “We were not ready at the right moment and then saying: ‘Oh, we should have pressed,’ coming then one or two steps too late and then giving the other team the space to be on the counter-attack.

“I think this has also got to do with not only tactical discipline but also the need to be clever, smart enough to realise now it’s not possible, then just stay in position, keep your shape and keep your formation and then still make it difficult for the other team.”

United face Brighton on Tuesday night, knowing they could leapfrog West Ham back into fourth with a win – a position Rangnick believes is the pinnacle for his first season in charge.

“Right now, this is exactly what Manchester United needs and wants: to finish fourth in the league,” he explained.

“I think this is the highest possible achievement we can get [domestically].

“In the league, it’s number four, that’s our ambition, what we have to achieve and what we’re aiming at.”