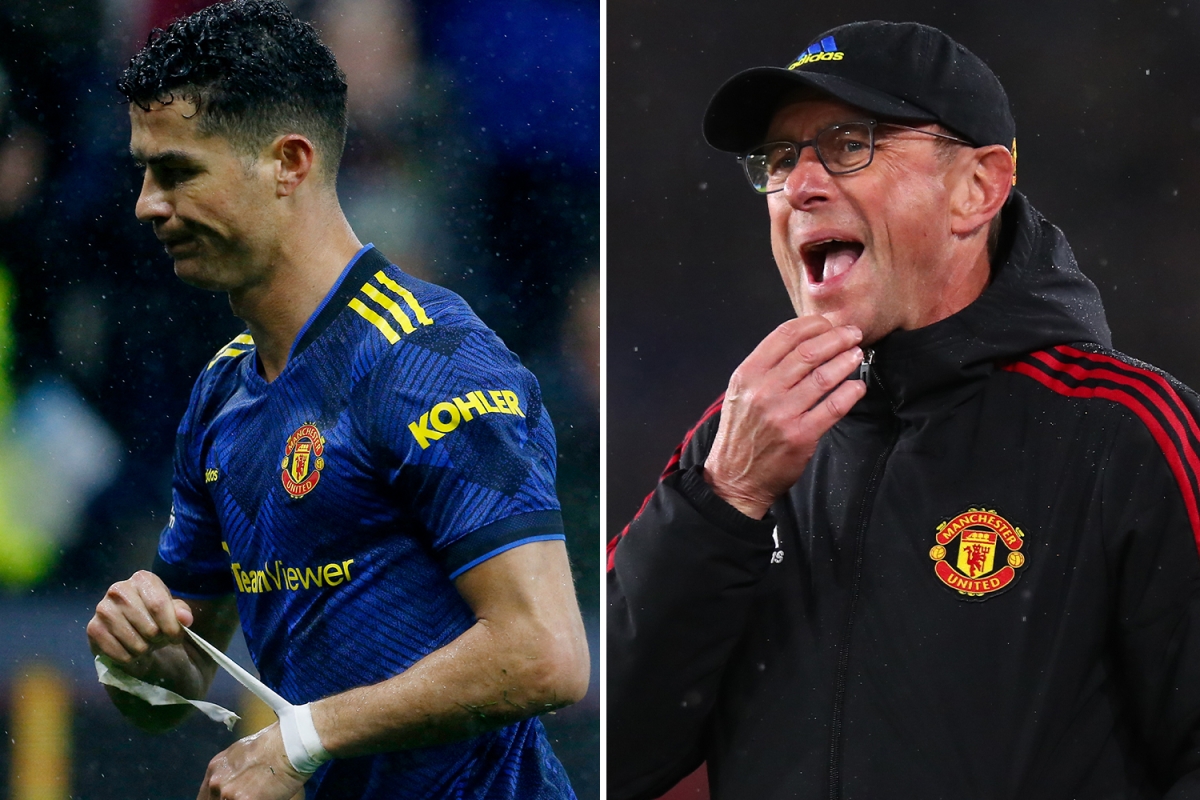 DIVA Cristiano Ronaldo is the only one who can explain his hissy fits at the end of games.

It is not the first time Ronaldo has acted like that after only being used as a substitute.

But asked what the problem is, United boss Ralf Rangnick said: “It’s a question you have to ask Cristiano.

“I only realised that after the game. This is not a question I can answer.”

However, Rangnick would not back down on why he benched Ronaldo for the first of seven games in 22 days.

He said: “Cristiano, as we all know, is 37. He knows himself what he should do or not do.

“Our focus is on those things we can influence and develop.

“Why he left the pitch directly after the final whistle? Maybe he was also disappointed that we only got a draw and that he didn’t score.

“Again, this is not any kind of energy we should waste. We put our full focus on those things we can influence.”

What Rangnick has struggled to influence is second-half displays in the last two games.

United led at half-time against Middlesbrough in the FA Cup and at Burnley.

But they lost to Championship outfit Boro on penalties and were held 1-1 by the Premier League’s bottom side.

Rangnick said: “If we concede a goal, against Middlesbrough it was after 60 minutes and Burnley 50 minutes, we should stick to the game plan — not lose shape or composure.

“This was the most harmful part, we didn’t have the same positioning on the pitch. This is what we spoke about when we analysed the Burnley game.

“If the other team scores, we have to be aware of why we were so dominant before that and not lose shape.

“This was obvious for some 15 to 20 minutes against Burnley.”

United have been creating chances, but missing them.

Ronaldo has scored just once in his last seven games.

Rangnick said: “It’s not only about Cristiano, we should score more goals.

“It’s obvious we are creating opportunities in the last couple of games but are just not scoring enough goals.”