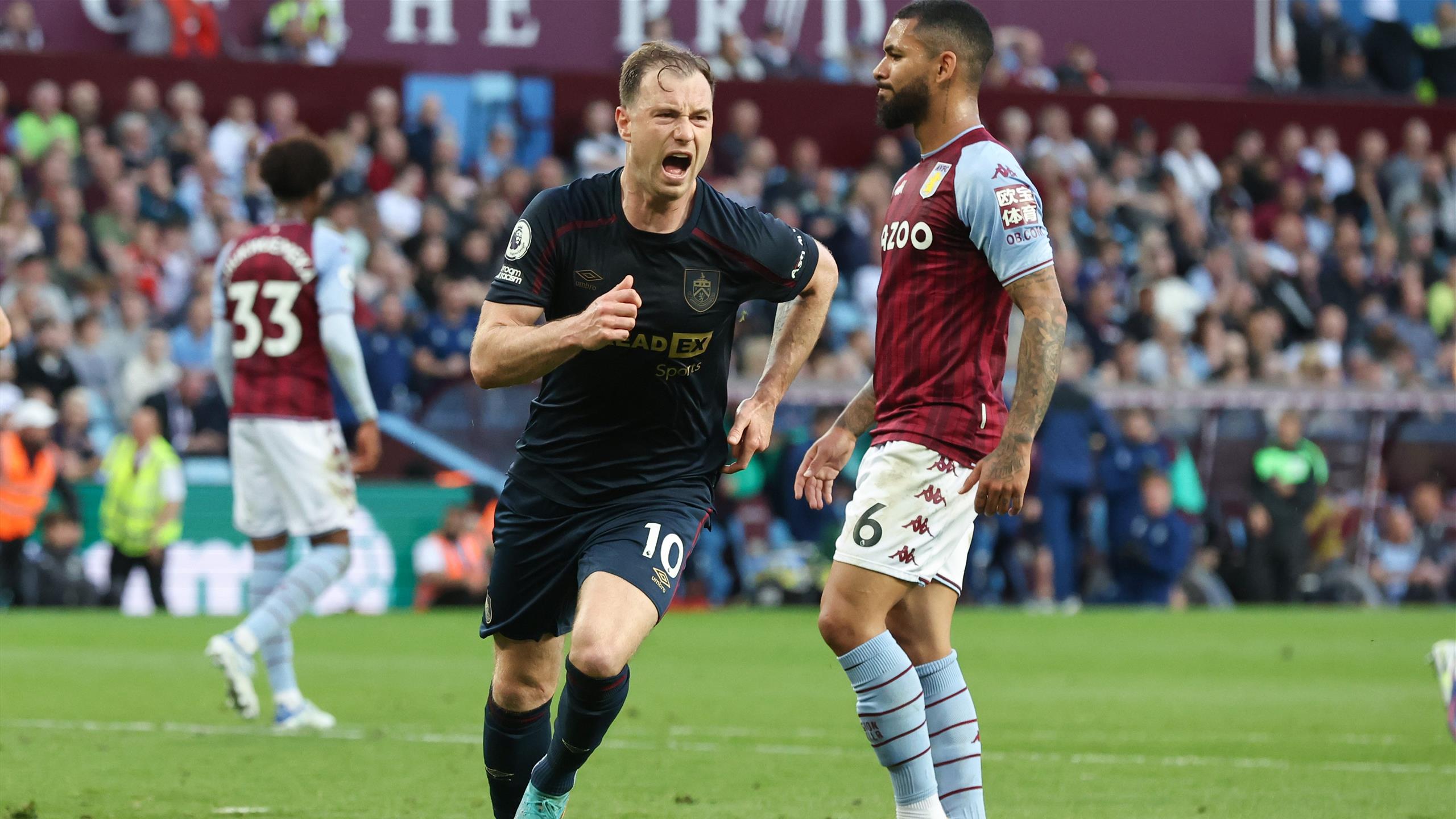 Burnley edged closer to safety in their desperate battle to retain their Premier League status as they held Aston Villa to a 1-1 draw away from home.

Ashley Barnes converted from the penalty spot on the stroke of half-time to give Mike Jackson’s side a vital lead after Max Cornet was upended by Emi Buendia.

Despite dominating possession, the home side’s frustration had been growing as they were unable to find space behind Burnley’s deep and stubborn defence and subsequently failed to carve out a clear-cut opportunity.

Buendia, however, would take full advantage when the Burnley defence switched off from John McGinn’s cross, hammering a first-time effort past Nick Pope just three minutes after the break to make amends for his earlier mistake.

Now seemingly happy to play for a point, Burnley dropped deeper, inviting pressure and substitute Danny Ings – formerly of the Clarets – flashed a shot just wide before Pope kept out Bertrand Traore’s header with an excellent reflex save.

But the visitors almost won it right at the death when Wout Weghorst found himself but his point-blank effort was repelled by a brilliant block from Tyrone Mings. The tension got too much for Burnley defender Matthew Lowton, who was shown a straight red card in stoppage-time for a reckless foul on Calum Chambers.

In the end a well-deserved point will yield mixed feelings for a spirited Burnley. They will start Sunday’s final game of the season at home to an in-form Newcastle just of the bottom three, ahead of Leeds – who travel to Brentford – courtesy of a superior goal difference, knowing their fate is still in their own hands.

Everton, meanwhile, guaranteed their top-flight status with a dramatic 3-2 victory over Crystal Palace.

Burnley would have been delighted with a point at the start of the night – one suspects – but given the half-time score and the huge chance Weghorst had at the death, they will be a little disappointed they didn’t garner all three.

While they will be cursing their luck at one end, Burnley were indebted to the heroics of Pope at the opposite end, with the England international pulling off a string of saves to keep Villa at bay. Indeed, Pope has been integral to Burnley throughout the season and it’s thanks to his brilliance that the Clarets start the final round of fixtures with a much healthier goal difference than rivals Leeds.

Now Burnley only need to match the Whites’ result and their safety for another season is secured. Ultimately, however, that may be easier said than done.

Whether Burnley stay up or not, they will do well to hold on to their excellent goalkeeper. Pope’s athleticism and reflexes were, once again, vital to earning the Clarets a share of the spoils as he made no fewer than eight saves.

45′ – GOAL! ASTON VILLA 0-1 BURNLEY (ASHLEY BARNES, PEN): Barnes keeps his composure as he steps up and sends Martinez the wrong way with an impressive penalty. How crucial could this goal prove to be for Burnley’s top-flight survival hopes?

48′ – GOAL! ASTON VILLA 1-1 BURNLEY (EMI BUENDIA): That’s how to make amends! Having conceded the penalty, Buendia levels the scores! What a ball from McGinn as he cuts the Burnley defence open and Buendia watches it all the way, keeping his volley low and hard to beat Pope!

80′ – FINE SAVE! Burnley are indebted to Pope as he somehow keeps out Traore’s bullet header out with a brilliant reflex save!

86′ – ALMOST A BURNLEY WINNER! Mings to the rescue! Agony for Burnley! Roberts has a shot blocked at the near post, he tees up Weghorst whose goalbound shot is blocked by Mings!

90’+1 – RED CARD! Lowton is shown a straight red for a reckless challenge on Chambers! That means he’ll miss the final game of the season.

Nick Pope made eight saves in helping his Burnley side to a point against Aston Villa, the joint-most he’s ever made in a single Premier League game.

Tottenham up into fourth place with narrow win over struggling Burnley