The Norway international has one year left on contract and has been urged to leave this summer by national team manager Stale Solbakken.

Celtic value Ajer highly but the 22-year old will be free to talk to foreign and cross-border clubs from January. That has weakened Celtic’s bargaining power and they face losing him for a fraction of what they had hoped for. 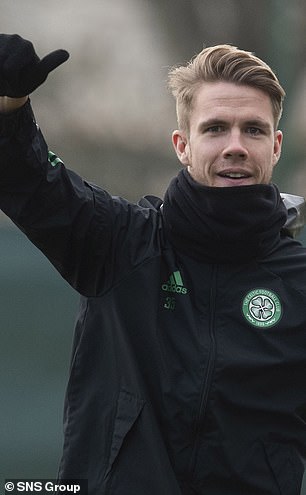 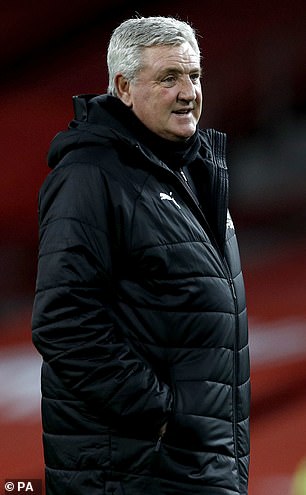 Newcastle are preparing to submit an £8million bid for Celtic defender Kristoffer Ajer, with Steve Bruce (right) in need of recruits at the back

As with striker Odsonne Edouard, Celtic’s optimum time to sell would have been last summer but they wanted both key players to stay and help them secure ten league titles in a row. After failing in that objective, they are now looking at a huge summer overhaul.

Ajer has set his sights on a move to the Premier League though he is also attracting interest from Italy.

Solbakken insisted: ‘He has to change league now. He must. He does not have enough challenges in everyday life there.’ 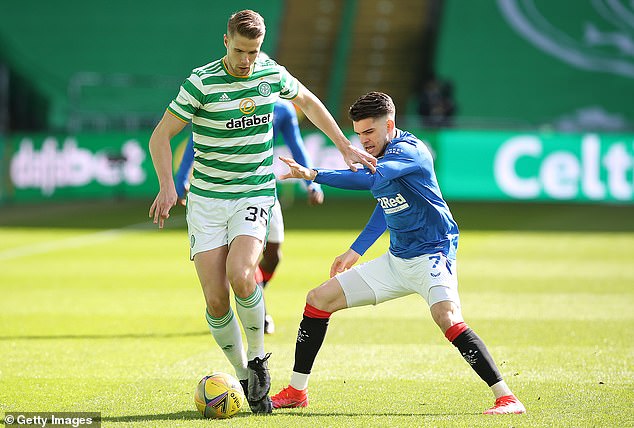 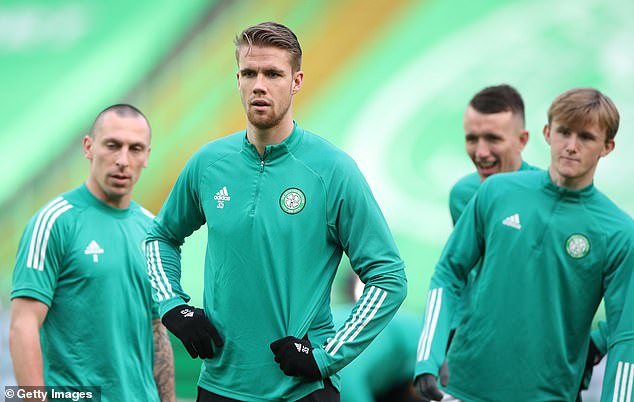 Norway assistant and Fulham defender Brede Hangeland echoed the sentiment saying he has called Ajer several times to say he needed a move to challenge himself.

For their part, Newcastle have long admired the 6ft 6ins centre back but will have to secure their Premier League status first to stand a realistic chance of persuading the player to join them.

Manager Steve Bruce is fighting for his future also but it is understood that would not affect Newcastle’s pursuit.

However, Newcastle do anticipate competition for Ajer’s signature and that will suit Celtic as they look to achieve optimum price for a player they believe is worth closer to £35m.