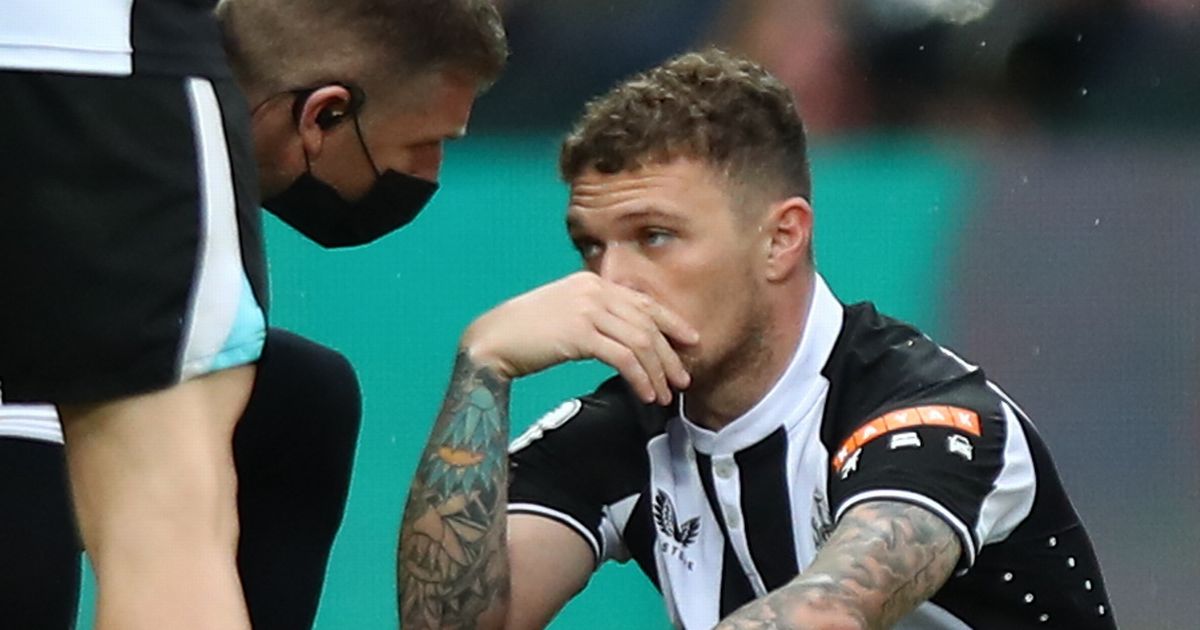 Newcastle United star Kieran Trippier fears he has broken a bone and has left his club sweating in their battle to avoid relegation.

The England international scored the winning goal as the Magpies beat Aston Villa 1-0 on Sunday but was withdrawn shortly after half-time.

It quickly emerged that Trippier – who was a doubt in the build-up to the Premier League clash – was forced off through injury, with The Times reporting that he left St James’ Park on crutches with his left foot in a protective boot.

His absence could prove costly in Newcastle’s fight for survival, having scored two free-kicks in as many matches to help the Magpies to back-to-back home wins.

And it was the 31-year-old’s right foot that worked its magic against Villa, hammering in an effort in the 35th minute from just outside the penalty area past a helpless Emiliano Martinez.

Join the debate! Will Newcastle stay in the Premier League? Comment your prediction below.

Trippier fears he has broken a bone

After becoming the club’s first signing since their Saudi Arabian-backed takeover, Trippier has proven to be an influential figure on Tyneside – even being handed the captain’s armband by manager Eddie Howe for a number of games.

And Howe is concerned over the state of his right-back, admitting post-match: “We are keeping everything crossed that there is no break.”

On a positive note, Sunday’s result makes it three successive wins for the Magpies, as they moved themselves four points clear of the drop zone, with one game in hand on 18th-placed Norwich City.

“It shows we’re in a good place at the moment,” Howe added. “We’ve worked incredibly hard. In the last three games, I don’t think there’s been any secret to how we’ve won the games.

“I don’t think they’ve been fluent footballing performances where we’ve played from back to front and all the things that we potentially want to do in the future but it’s been very disciplined, hard-working, a lot of energy, a lot of team-work, team spirit, togetherness that have made the difference for us.

“So big compliments for everyone for that because that’s sometimes the hardest thing to deliver consistently.

“For the last three games, we’ve certainly had that.”

Trippier’s match-winner came after a Newcastle penalty was overturned, with Joe Willock being fouled just outside the box.

And midway through the second half, Villa were again on the end of a VAR intervention that was to the Magpies’ benefit, as Ollie Watkins’ equaliser was ruled out for a marginal offside.

Boss Steven Gerrard had no complaints, though, instead focussing on his team’s below-par performance.

“Look, VAR have taken a long time to make a decision – that tells you that it’s extremely close,” Gerrard said.

“Sometimes you perform to a level where you make your own luck, but our level was nowhere near today, so we got what we deserved from this game.

“I’ve got no complaints with the outcome. I might have been different if that would have gone in our favour, but we’d be clutching at straws if we were pointing fingers towards VAR.

“I don’t think Newcastle have had to play ever so well to beat us – that’s a big frustration as well.”