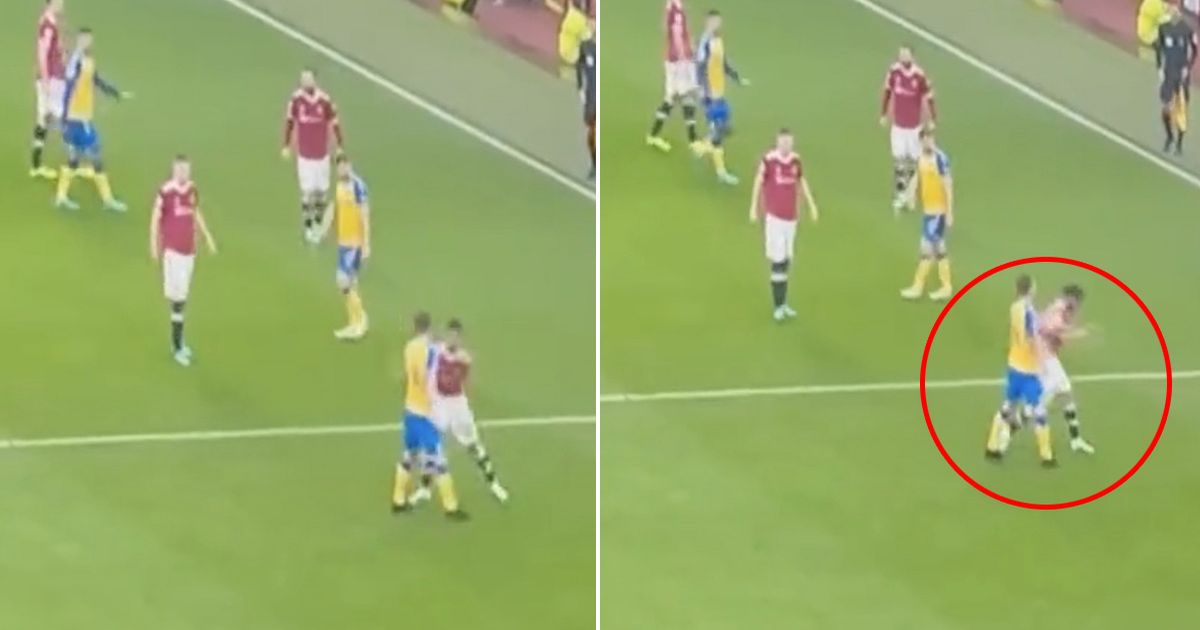 A review of Bruno Fernandes’ alleged punch at James Ward-Prowse absolved the Manchester United star of any wrongdoing.

While social media footage of a tangle between the duo appeared to show the midfielder lashed out at the Southampton captain, other angles of the incident showed Fernandes was merely trying to free his arm.

Saints fans were incensed when a video emerged on Twitter shortly after their side’s 1-1 draw with United at Old Trafford.

The video, shot from the stands, showed Fernandes and Ward-Prowse tussling in the middle of the park during a break in play.

HAVE YOUR SAY! Who do you think should be Man United’s next boss? Comment below

The pair could be seen spinning each other around and both appeared to be at fault before suddenly Fernandes’ arm swung past Ward-Prowse’s head at speed.

The two players suddenly broke apart and the game resumed.

According to ESPN, the incident was reviewed and the angle of the video on social media was not representative of the situation.

Other angles of the incident, which BT Sport chose not to broadcast, showed Fernandes was pulling his arm free rather than throwing a punch at Ward-Prowse.

As such, Fernandes will not be hit with any sanctions.

United went ahead against Southampton through Jadon Sancho on Saturday but were unable to hold their lead for a second match running.

Che Adams netted the all-important equaliser for the Saints to earn his side a point.

“We lost a bit of composure, took the wrong decisions and this is where we have to get better,” explained Rangnick after the match. “Whenever we prepared the team, we have had an excellent first half-hour like today but have to do it for longer.”

* Pick up tomorrow’s Daily Mirror and get a FREE £2 Shop Bet with William Hill which can be used on any of the sport action!