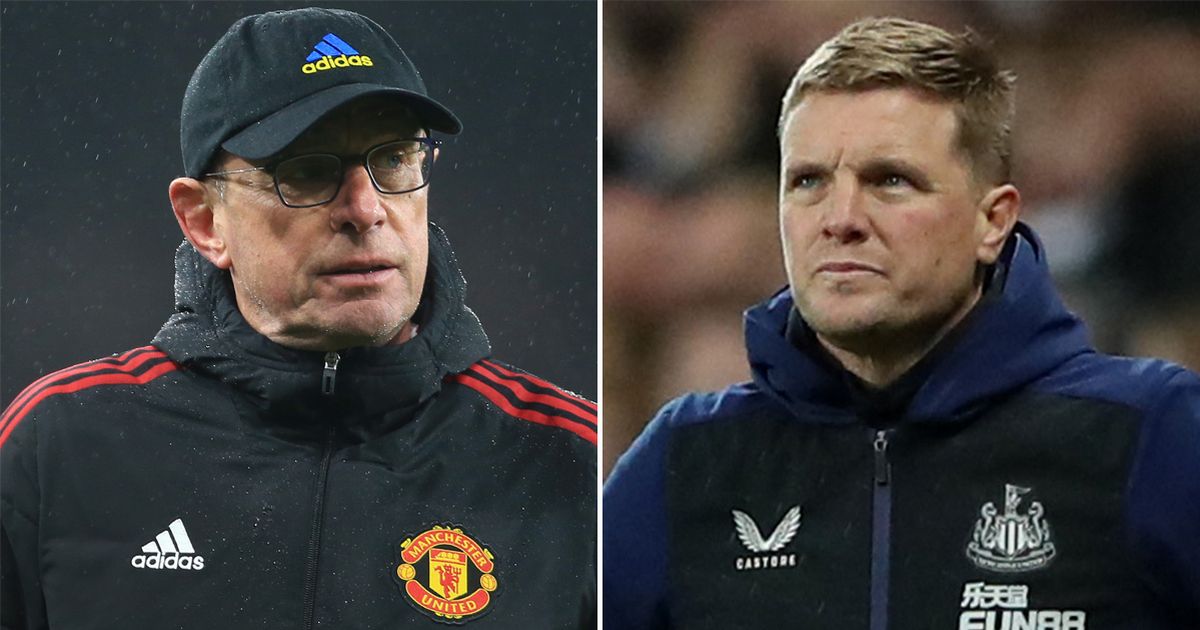 Manchester United could have made a shock January signing on transfer deadline day but the Red Devils were rejected, despite agreeing a loan swap deal with Newcastle

The Red Devils were prepared to approve a loan swap deal that would have seen second-choice stopper Dean Henderson head to St James’ Park until the end of the season in exchange for Dubravka.

But, as reported by the Manchester Evening News, the experienced Slovakian turned United down.

Newcastle were open to giving Ralf Rangnick a suitable back-up in return for taking Henderson, who has started just three games this term and harbours fading dreams of becoming England ‘s No.1 for the Qatar World Cup later this year.

Dubravka, however, opted to stay put on Tyneside and started the Magpies’ vital 3-1 win against Everton on Tuesday.

Join the debate! Should Man Utd have loaned out Henderson? Give us your verdict here.

Rangnick was more than happy to keep Henderson at Old Trafford but understood the 24-year-old’s desire for regular first-team football.

Henderson looked to have usurped David de Gea as No.1 during the second half of last season, but the Spaniard has returned to top form this campaign, winning the Premier League ‘s Player of the Month award for January.

The Cumbrian ‘keeper could now not feature again until pre-season, with United out of both domestic cup competitions and De Gea’s place assured for the remaining top-flight and Champions League matches.

It is added in the report that Henderson is prepared to leave Old Trafford permanently, but his long-term contract until 2025 means club chiefs are in no rush to make a decision.

His failed move was not the only deal between the two clubs to collapse on deadline day, as Jesse Lingard also came close to joining cash-rich Newcastle on loan.

The Red Devils’ insistence on the Magpies coughing up another sum of cash on top of a loan fee if Eddie Howe and co survived relegation reportedly caused negotiations to stall and ultimately break down.

Lingard was then left of United’s squad to face Middlesbrough in the FA Cup four days later, with the player and Rangnick at odds in public over the reason why.

Speaking candidly in a recent press conference, the acclaimed German coach revealed: “Three weeks ago, Jesse didn’t want to leave, then he changed his mind.

“I had a chat with him 10 days ago and I could fully understand why he wanted to leave to get game time for his future and the World Cup and I told him if he finds a club and the club find a solution with our club I would allow him to leave, but with all the developments, things changed.

“We also had no agreement with any other club so we had to take a final decision as the board and keep Jesse until the end of the season.”

But Lingard tweeted soon after to give his side of the story: “The club advised me to have time off due to personal reasons!

“But my headspace is clear and I’ll always be professional when called upon and give 100 per cent.”