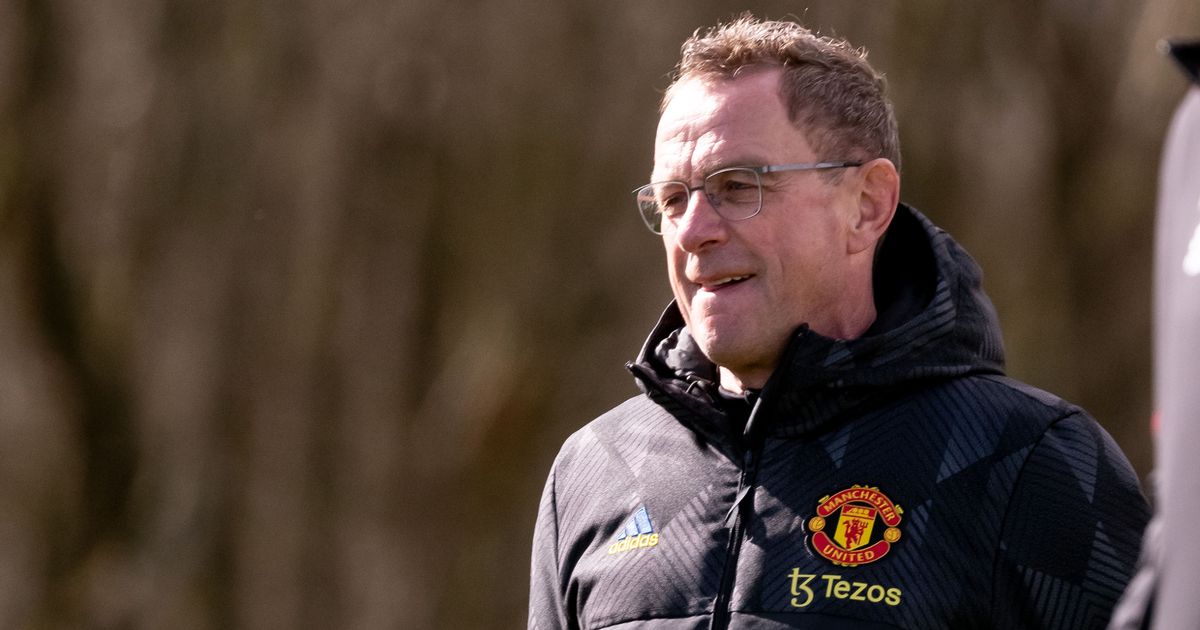 The end of the season can’t come quick enough for the Red Devils epitomised by their humiliating defeat against Brighton last weekend.

United are in limbo to a certain extent as they wait for Erik ten Hag to take over in the summer with interim boss Rangnick taking on a consultancy role, while managing the Austria national side.

The Dutchman is set to oversee a major rebuild with wholesale changes expected in the upcoming transfer window as many as 12 players could depart Old Trafford. That means there are several unsettled players in the dressing room which has negatively impacted the culture at the club.

And The Daily Mail claims the mood ‘is totally flat’ as Rangnick’s tenure fizzles out. The report states the players are reportedly underwhelmed with the training carried out by Rangnick’s coaches Chris Armas and Ewan Sharp who they feel are ‘well below’ the standard set by their predecessors Michael Carrick and Kieran McKenna.

The Athletic reports that players have been critical of the coaching team for some time, specifically Armas and Sharp.

It is claimed sessions in the lead-up to their embarrassing 4-0 defeat at Brighton included no specific instructions on how the Seagulls would play as Graham Potter’s side humbled United.

Rangnick gave the squad four days off Rangnick with the Red Devils not back in action until the final day of the season, next Sunday against Crystal Palace, but some players were against that decision with plenty of things to work on.

And when they did return to training this week, these grumblings came to the surface as two players were reportedly involved in a fight during Thursday’s session at Carrington.

The Sun claims that an unnamed pair were involved in a ‘full-on scrap’ ‘ towards the end of the Red Devils’ training session. United players were left ‘stunned’ as Rangnick was forced to bring the squad back to the dressing room and cancel the session as the situation deteriorated.

What do you make of the reported training bust-up at Manchester United? Let us know in the comment section below

United have 15 players out of contract in the next 18 months and Rangnick is fully aware of the changes needed for where United want to be.

He said: “With regards to next season, there will be some changes because there are quite a few players whose contracts are expiring, and we spoke about that earlier on. With the right new players to join us here plus the players who are already here on longer-term contracts, in the end, it is a thing that needs to be discussed with Erik and the board. Erik needs to tell the board which player he wants to work [with].

“I am positive with the right new players plus the players that are already here the pathway could be a very positive one and this is what we will all try to achieve.”