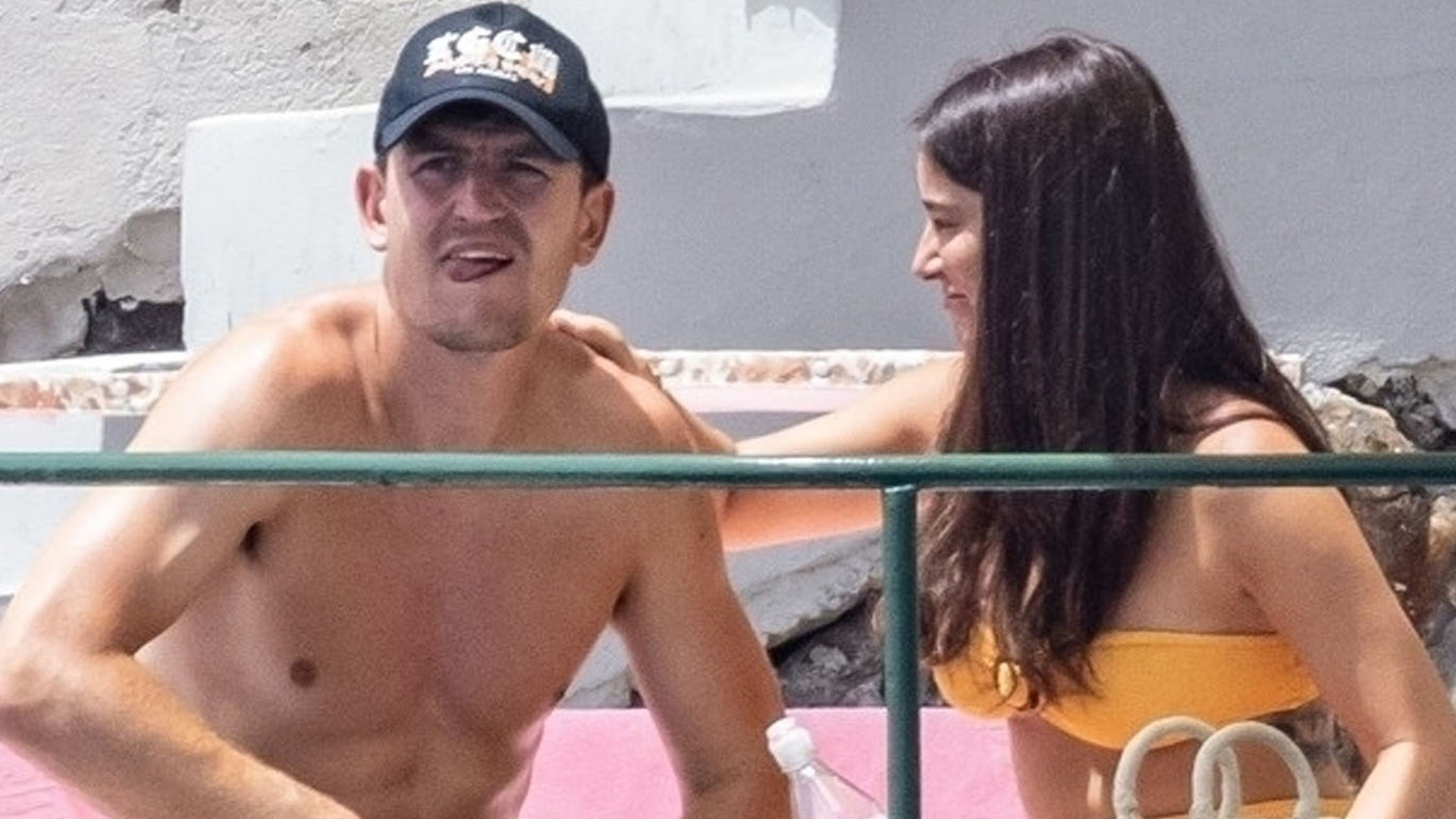 HARRY MAGUIRE has been soaking up the sun on the Amalfi coast on his honeymoon with Fern Hawkins.

The Manchester United captain, 29, tied the knot with Fern at the spectacular Chateau de Varennes in the South of France at the end of June.

But Maguire has now swapped France for Italy for his first few days as a married man.

And the England star appeared to be having a great time as he relaxed with his new wife Fern.

He also dived into the sea and went for a swim – clearly making the most of his time off while his United team-mates returned to training this week.

Maguire looked in good shape as he bathed shirt off in the sun – so should be raring to go when he returns to Manchester.

The defender took off for his honeymoon after obtaining permission from new United boss Erik ten Hag.

The newlyweds sailed to the Amalfi coast and posed together on board a boat.

Maguire captioned the photos: “Time away with the wife.”

Meanwhile, Maguire’s United team-mates have been hitting the gym and getting their first taste of Ten Hag’s training sessions.

They are the first Premier League team to begin pre-season training as Ten Hag looks to implement his ideas in an attempt to get the season off to a positive start.