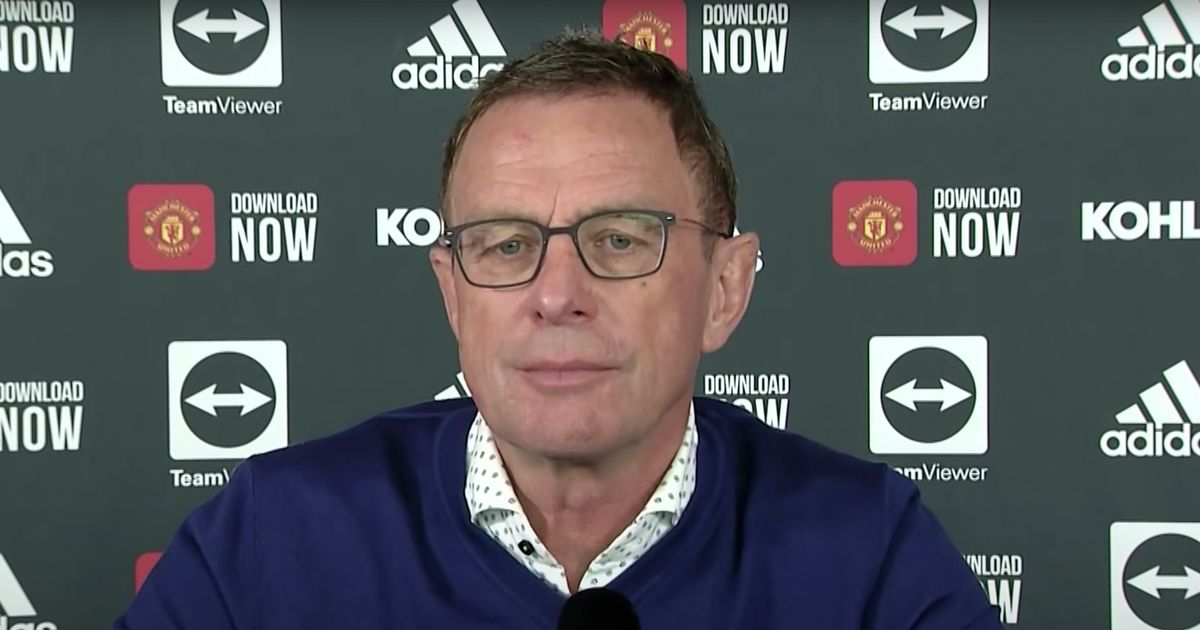 Ralf Rangnick has twice been challenged by players on social media, specifically Anthony Martial and Jesse Lingard, and the Manchester United interim manager has now sent his squad a stern warning

Ralf Rangnick has warned his Manchester United players not to air their grievances on social media after being challenged by a member of his squad for a second time.

Jesse Lingard recently followed Anthony Martial in rebutting Rangnick’s claim that he had asked to miss a match, with Lingard not taking part in the shock defeat to Middlesbrough in the FA Cup fourth round on Friday.

Martial had done the same on Twitter after the Red Devils interim manager told reporters that he requested to be absent from January’s 2-2 draw at Aston Villa, which the Frenchman later denied.

But Rangnick, who is facing increased pressure at Old Trafford, says “it’s always better” to keep things in-house, insisting that his relationship with Lingard remains a strong one.

Join the debate? Were Lingard and Martial wrong to challenge Rangnick? Comment your thoughts below.

“I never, ever read or communicate by those social media accounts,” the United boss said ahead of Tuesday’s trip to Burnley in the Premier League.

“I don’t exist there and wouldn’t have time to do that, so therefore it’s always better and I always communicate with the players directly.

“I did that with Anthony Martial and Jesse but maybe I’m a different kind of generation. My generation didn’t grow up with those kind of things.

“I can even remember a time when there were no mobile phones or internet so, for me, it’s always better to communicate directly but again it’s time now to look ahead.

“I know in both cases what I said to the players and what happened so for me there’s no reason to discuss this anymore.”

Following Rangnick’s comments last Thursday stating that Lingard requested to be left out of the squad for the cup clash, the midfielder tweeted: “The club advised me to have time off due to personal reasons!

“But my headspace is clear and I’ll always be professional when called upon and give 100 per cent.”

Lingard had missed out on a deadline-day transfer to Newcastle, having seen Martial get his wish of a move away earlier in the January window after similarly claiming that he would “never refuse to play a match for Man United.”

Martial did the same before signing for Sevilla on loan
(

Rangnick continued: “With regard to Jesse, I have a very good relationship with him. He knows that I would have been willing to let him go [on loan], at least until the issue with Mason [Greenwood] came up.

“He mentioned some personal issues but again we have to look forward now, there are no problems whatsoever between myself and Jesse and vice versa. “I’m happy to have him in the squad and he’ll be a member of the squad for [Burnley].”