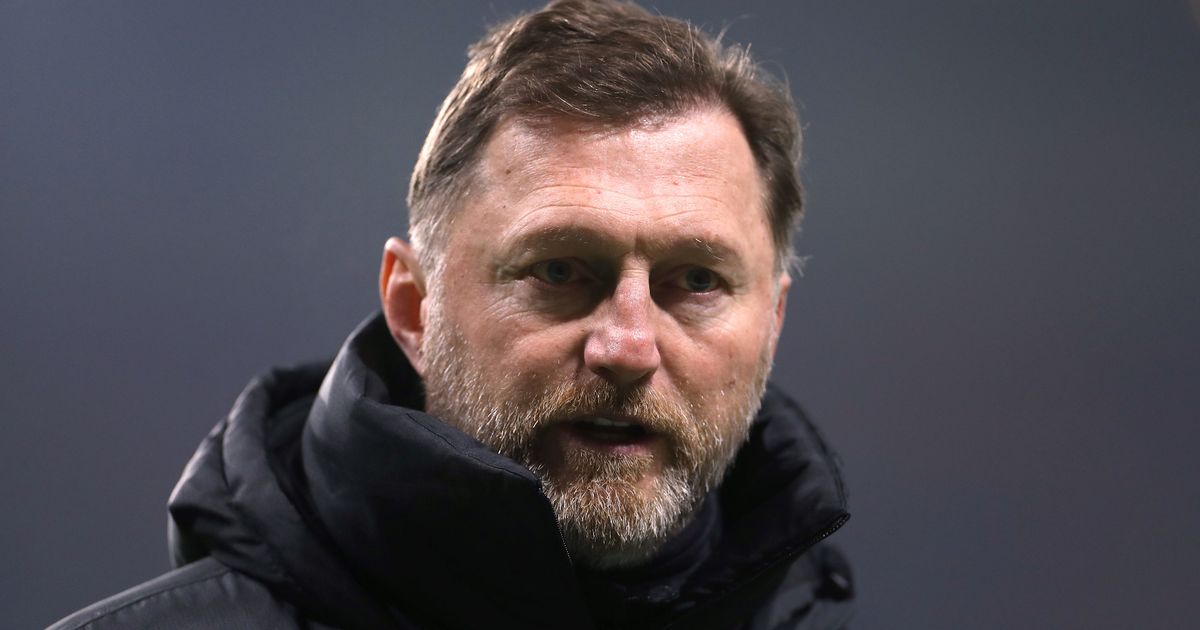 Manchester United let a first-half lead slip as Southampton earned a 1-1 Premier League draw on Saturday, with Ralph Hasenhuttl identifying a key problem for his opponents

Manchester United were left disappointed yet again this season as Ralph Rangnick’s team squandered a lead for the second time in a week to register a 1-1 Premier League draw against Southampton.

United opened the scoring as Bruno Fernandes sent Marcus Rashford racing through to cross for Jadon Sancho to net.

But Saints levelled three minutes into the second half as Che Adams sent a superb strike off the far post.

After the final whistle Southampton boss Ralph Hasenhuttl identified a key defensive problem for United which his side exploited, with the Austrian being linked with becoming the next permanent manager at Old Trafford.

And following the draw, Paul Scholes tore his old side to shreds in a scathing rant about the performance.

It comes as Donny van de Beek made his first Everton start – and showed his parent club exactly what they are missing.

Have Your Say! Will Man United finish in the top four of the Premier League this season? Let us know here.

Donny van de Beek was named in Frank Lampard’s starting XI for the first time in their Premier League tie with Leeds United.

The ex-Ajax midfielder was impressive for his new side, with no player able to better his three first-half tackles.

He also made a key contribution to one of his side’s goals as Everton claimed all three points with a 3-0 win at Goodison Park.

Van de Beek produced a low cross which Dominic Calvert-Lewin slid in with Diego Llorente to meet and as the ball bobbled up, Seamus Coleman was on hand to nod in from close range.

And even United fans were left purring at Donny’s display.

Manchester United legend Paul Scholes ripped his old side to shreds in his stinging criticism of the performance against Southampton on Saturday.

Scholes, covering punditry duties for BT Sport for the game, pulled no punches in his assessment of Ralf Rangnick’s side at the final whistle – and no player appeared to escape his wrath.

The former England star also ripped into the players now taking up his former position in midfield, and called Rangnick’s side a “team of individuals”.

Southampton boss Ralph Hassenhuttl hit the nail on the head with his assessment of Manchester United’s defensive problem.

Hassenhuttl’s side fought back from a goal behind and were impressive for large periods of the game at Old Trafford having seemed to have identified and exploited a problem United have had all season.

And the Austrian coach shared all of the details as he spoke after watching his side share the points with United following their battling display in the second half.