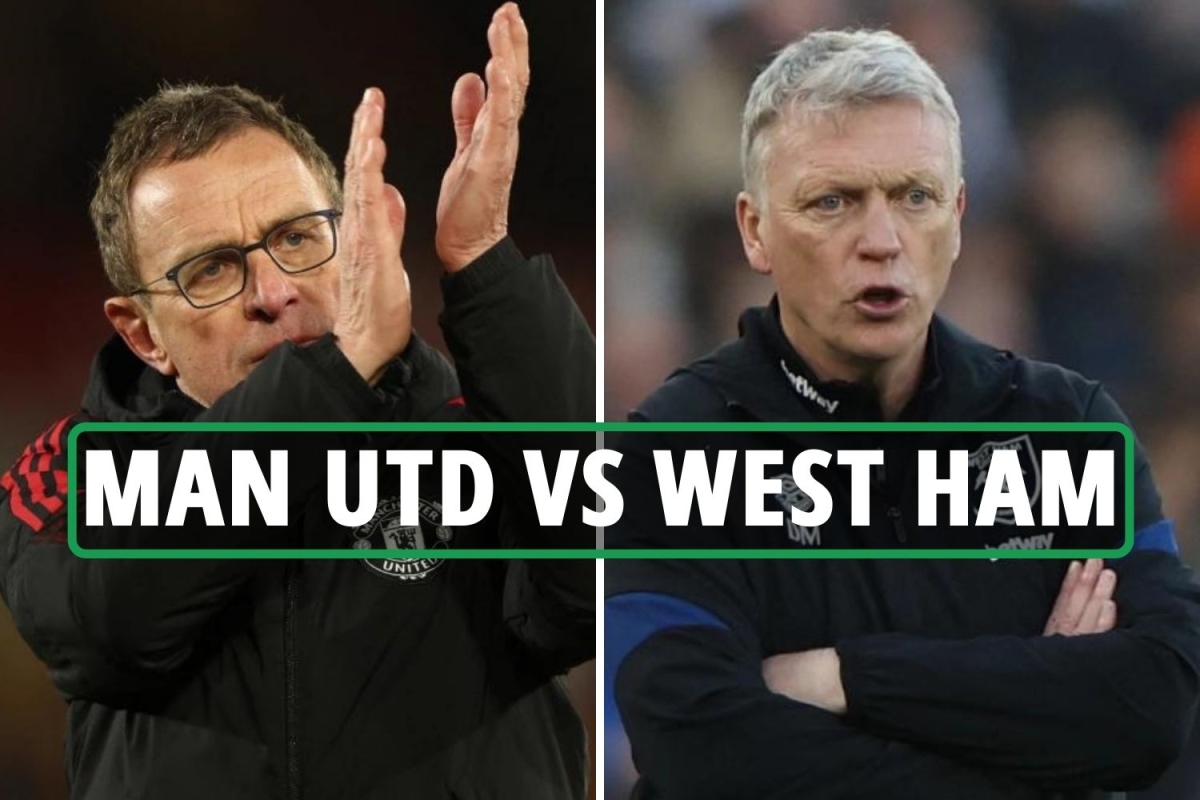 MANCHESTER UNITED are back at Old Trafford as they welcome Champions League hopefuls West Ham.

Ralf Rangnick’s side survived a first-half scare against Brentford in midweek before eventually running out 3-1 winners in the capital.

West Ham meanwhile are enjoying a superb season but will want to get back to winning ways after a home defeat to Leeds.

When is Man Utd vs West Ham?

Which TV channel and live stream can I watch it on?

Unfortunately this match will not be shown on TV here in the UK.

It falls in the blanket ban on football TV coverage between 2.45pm and 5.15pm.

The ban is designed to protect attendances throughout the footbal pyramid.

What is the team news?

Scott McTominay was taken off with a knock against Brentford but looks set to feature here.

Both Paul Pogba and Eric Bailly are unavailable, while Luke Shaw and Edinson Cavani are doubts.

Cristiano Ronaldo was unimpressed at being hauled off after 70 minutes in West London, but will almost certainly start again at the weekend.

Thomas Soucek could be back from Covid-19 isolation for the visitors, with Mark Noble still sidelined by a knee problem.

*All odds from Betfair and correct at time of publication.