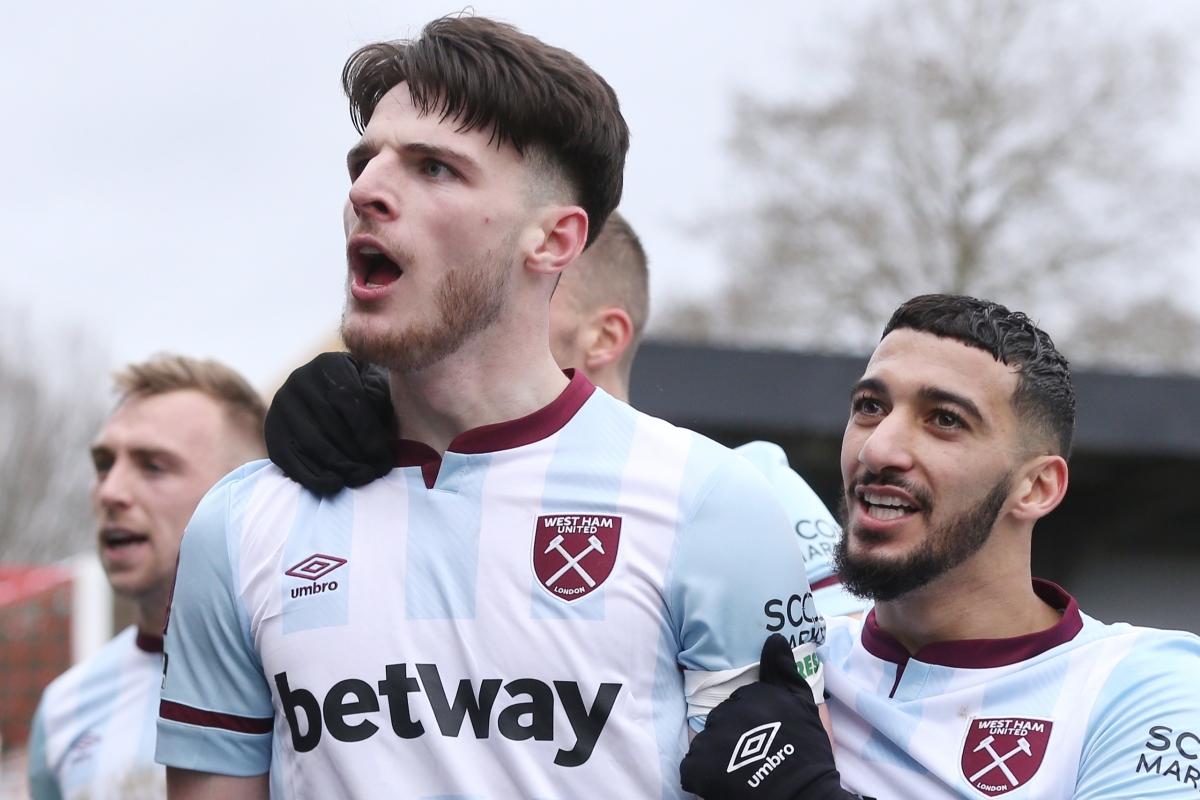 RUSSELL PENN revealed Declan Rice showed his class by sharing a SHOWER with the Kidderminster Harriers team moments after they came close to dumping him out of the FA Cup.

David Moyes revealed last week it would take much more than £100million to tempt West Ham to part with their 23-year-old England star.

However, the humble Hammer proved he was no pampered prima-donna by joining his Harriers opponents to share their home dressing-room showers.

Even though the sixth-tier National League North side came within seconds of pulling off the greatest FA Cup shock of all time before Rice struck to get the Hammers out of soapy-bubble!

Harriers boss Penn revealed: “West Ham have been great. I’ve got a couple of shirts and their kitman has been excellent.

“Declan Rice has showered with our lads.

“I don’t know if I’m allowed to say that. But it’s things like this that will live in their memories.

“Their showers are really small so they’ve mixed with ours.

“Declan Rice is a great, great pro and he’s one of the best in the world at the moment, and you could see that. He was excellent.

“He changed the game, for me, with his energy and his bounce and his power. They played 10 yards higher up the pitch with him on and it was tough.

“They’re a good group. We wish them all the best in the Premier League, Europe and the FA Cup.

“David Moyes is a top man. We spoke before the game and at the end he just said, ‘you didn’t deserve that’ and then the media took over.

“He’s a top man and he’s paid us a lot of respect and I can only thank him for that.

“He made five changes he probably didn’t want to make and we made him do that. I take great pride in that.

“The way they wanted to manage the game would have been to win it in 60-70 minutes and not use Declan Rice because they’ve got a big game on Tuesday.”

Penn hailed his Harriers heroes and said: “I’m proud. They left everything on the pitch for me.

“They were crawling off, they can’t even stand up.”