After reeling off all the standard footballer’s responses to a post-match television interview, Kelechi Iheanacho let down his guard. As he turned away from the camera, the Leicester striker let out a scream of pure, instinctive delight.

He had just scored twice to help his side reach their first FA Cup semi-final since 1982, thanks to a 3-1 win over Manchester United – one of Leicester’s most significant results since their Premier League title five years ago.

Iheanacho’s double made it seven goals in four games for him as the Nigerian has found form at the perfect time to keep the Foxes on track for a top four finish and the first FA Cup in their history. 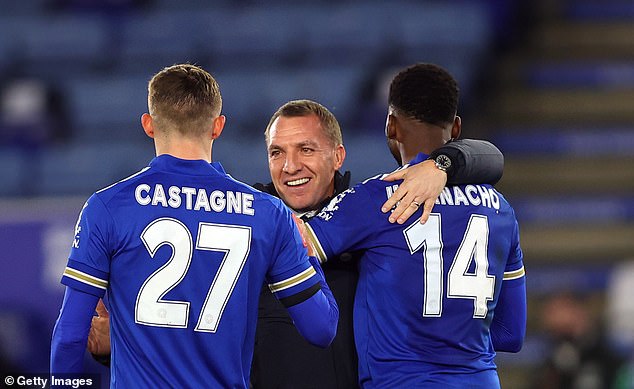 ‘I’ve always said you can see the improvements in him day to day,’ said Foxes manager Brendan Rodgers. ‘I’m delighted because he trains so hard.

‘He works well with Jamie Vardy and the combination is really good. He has a bit of everything and he has come up trumps in a lot of the games recently.

‘Kelechi has always contributed. Maybe his confidence was lower [at other times] but he works so hard every day and always comes in and gives his all. You see his confidence now. He’s at the top of his game.

‘Kelechi is probably best with someone up there with him. Those two (Iheanacho and Vardy) are working very well.’

When he touched down on Wednesday at Nigeria’s base – Eko Hotels and Suites in the upmarket Lagos suburb of Victoria Island – for their forthcoming World Cup qualifiers, Iheanacho had plenty to pleased about. 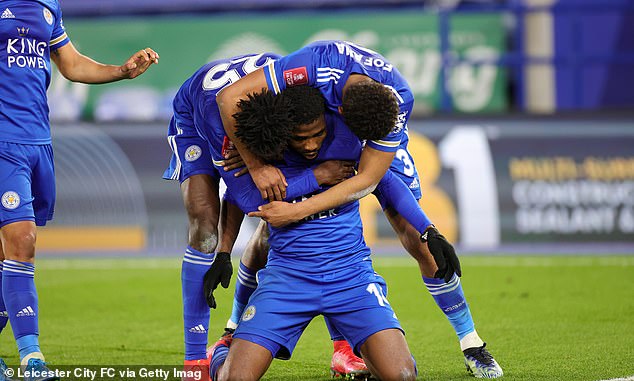 Suddenly he has gone from Vardy’s deputy to one of Europe’s in-form strikers. The challenge when he returns is to keep it going. It has not been an easy journey for him to get here, and he will be determined not to let his golden moment go to waste.

When he joined Leicester from Manchester City in 2017, the transfer fee – £25million – placed immediate pressure on a player who, despite his impressive goalscoring record, had started only 12 Premier League games.

Iheanacho had also had his confidence knocked by a season working with Pep Guardiola, who was clear from an early stage that Iheanacho would not play a significant part in his long-term plans at City.

Arriving at Leicester, Iheanacho found a dressing room bruised by a dire defence of their 2016 Premier League title, and in which Vardy, Wes Morgan and Kasper Schmeichel held considerable influence.

He had turned down West Ham and Tottenham to move to the King Power Stadium but his early weeks were an uphill struggle. 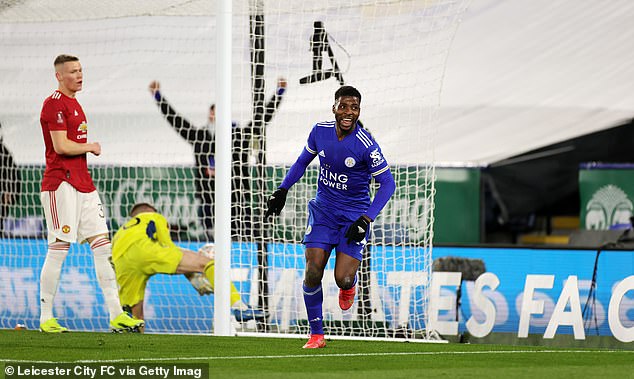 The Nigeran has scored seven in his last four games, including two against Manchester United 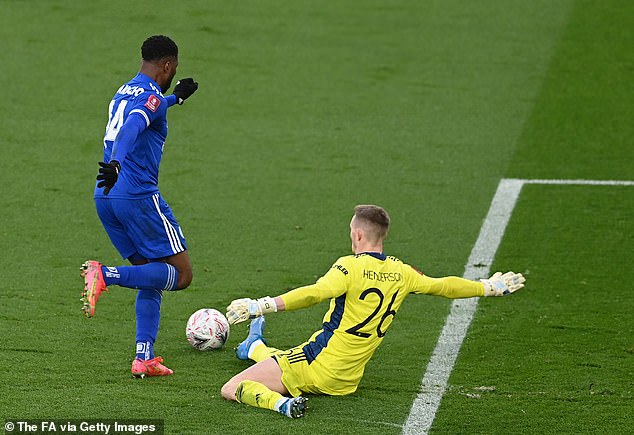 While Iheanacho is a hugely popular figure at Leicester, with fellow Nigerian Wilfred Ndidi a very close friend, he is not a particularly brash or outgoing personality.

That made adaptation a little trickier – as did an injury after 17 minutes of his first appearance, a pre-season friendly against Borussia Monchengladbach.

As is the case with so many players at Leicester, the arrival of Rodgers in February 2019 made all the difference.

He demonstrated the same qualities at Leicester. If senior men like Vardy, Schmeichel and Morgan are on board with the boss, everything looks rosier, the atmosphere is better, and other players are able to flourish. 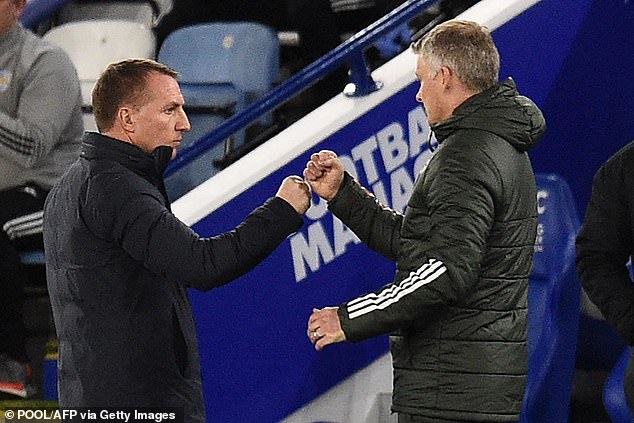 Rodgers never doubted Iheanacho’s ability but has been keen to work on his mentality. For perhaps the first time in his club career, Iheanacho is handling the pressure of being a regular starter and he is repaying his manager’s faith in spades.

Indeed, his form has been so good that Leicester fans have even been questioning whether injured duo James Maddison and Harvey Barnes will regain their places automatically when they are fit again.

A client of the powerful ICM Stellar agency, Iheanacho has one year remaining on his contract at the end of this season but there is every expectation that he will sign a new, improved deal with Leicester when the campaign ends.

Before he does so, Iheanacho wants a trophy on his mantelpiece. He was part of the City squad who lifted the League Cup in 2016 but if he could help Leicester win the FA Cup it would feel considerably more special.

Iheanacho already has three goals in this season’s competition and if he could add to that tally in the semi-final against Southampton and then an eventual Final, he wouldn’t be the only one screaming with joy.