Harry Maguire: Ralf Rangnick says he sees no need to strip the defender of the Manchester United captaincy 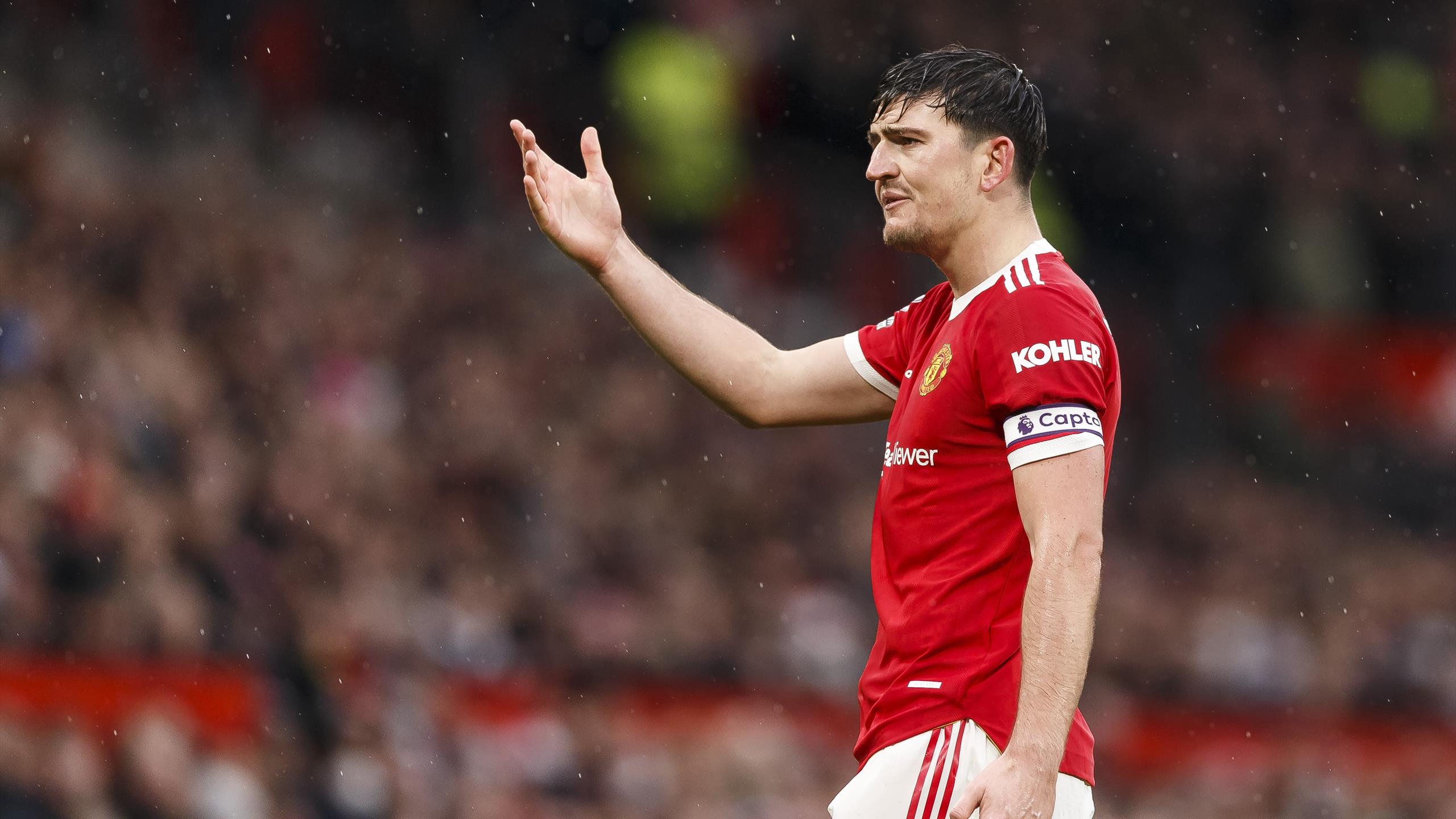 Maguire has been some way short of his best this term, first under Ole Gunnar Solskjaer and then under Rangnick since November, with the United defence conceding more goals in the Premier League than bottom club Burnley.

But Rangnick – though not seeking to gloss over the 28-year-old’s form – sees no reason to make a shift the armband.

The United boss said: “I think when he came back after his injury he did extremely well. He had a very good performance, a very good game against West Ham.

“In the past two games he had some weaker moments, against Southampton and when we conceded the goal at Burnley, but he’s our captain and I don’t see any reason to change that.

“He’s a player who has to develop, get better, like all the other players.

“The way that we are playing now is new also to him because in the English national team he was used to playing in a back three and here at Manchester United, in most cases a back four, but still not being as proactive, not with that kind of rest defence always being on the front foot when we are trying to defend.

“This is something also new to him and it will also take some time for him to get used to that, to get adjusted to that.”

United take on Brighton tomorrow at Old Trafford as they seek to climb back into the top four above West Ham, who drew with Leicester on Sunday.

Varane ruled out ‘for a few weeks’ after suffering groin injury