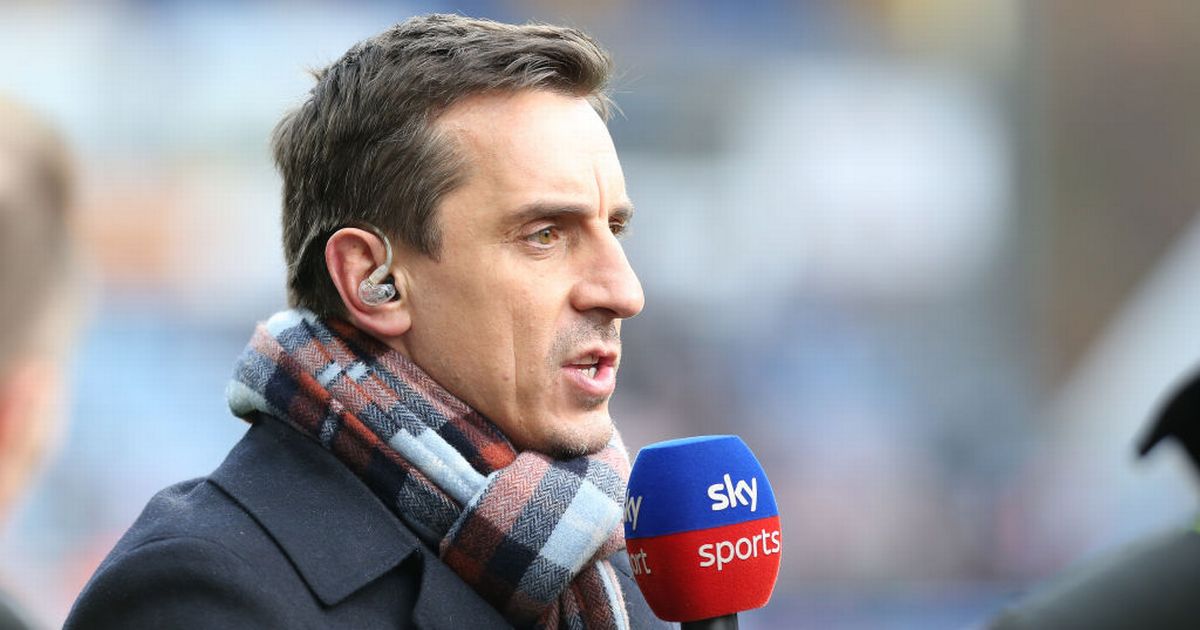 Gary Neville had a simple response after Manchester United fans launched a wave of anti-Glazer chants after an ‘embarrassing’ announcement was made over the tannoy just before half-time of their FA Cup clash with Middlesbrough.

A club official took to the PA system to reveal that a technical fault meant that no food and drink would be served at the ground for the remainder of the game.

That sparked a furious reaction from both home supporters and away fans at Old Trafford, with boos ringing around the stadium following the announcement.

United were a goal up thanks to Jadon Sancho ’s effort 20 minutes before the break, but Red Devils fans would be disappointed if they went grab a half-time pie and a pint.

HAVE YOUR SAY! How would rate Manchester United’s January transfer window? Comment below.

Just before the end of the first-half, a club official could be heard making the announcement to the 75,000-strong crowd.

“Due to technical fault we will be unable to sell any food or beverage at half-time,” the official said.

The announcement sparked immediate anger from both United and Middlesbrough fans, with the Teessiders having travelled 120 miles for the fourth-round clash.

Boos immediately rang around Old Trafford, with home and away supporters making their anger at the situation clear.

With food and drink likely already at the stadium and the technical fault possibly related to card payments, Neville called upon United to give away refreshments for free.

“Give it away free?” the former United captain wrote on Twitter with the shrugging emoji.

It was not only fans at the ground who were left furious by the announcement, with many United supporters on social media taking aim at the Premier League giants.

Many used the hashtag #GlazersOut to make their feelings clear about what the ‘embarrassing’ situation said about the club.

“No food and drink available at half time! Can you imagine what Middlesbrough fans think of us after travelling for 2 hours with kids etc! Cheers Glazers! #GlazersOut embarrassing,” one wrote.

“Our club is getting more embarrassing by the day, can’t even get a pie at half time,” added another.

“Just when you think our club can’t get any worse….we can’t even supply the fans food and drink at half time Jesus christ man lol,” added a third.

“No food and drink at half time? No wonder they were booing,” a fourth user fumed.

“Biggest club in the world and can’t even get food and drink at half time #GlazersOut” a fifth said.

Sancho put United well on their way to reaching the fifth-round of the competition with his first-half strike.

United had been dominant in the opening period, with Cristiano Ronaldo missing a penalty after Paul Pogba had been brought down in the box.

But the hosts only had Sancho’s goal to show for their efforts when half-time came around, with the fans still furious at the lack of refreshments.