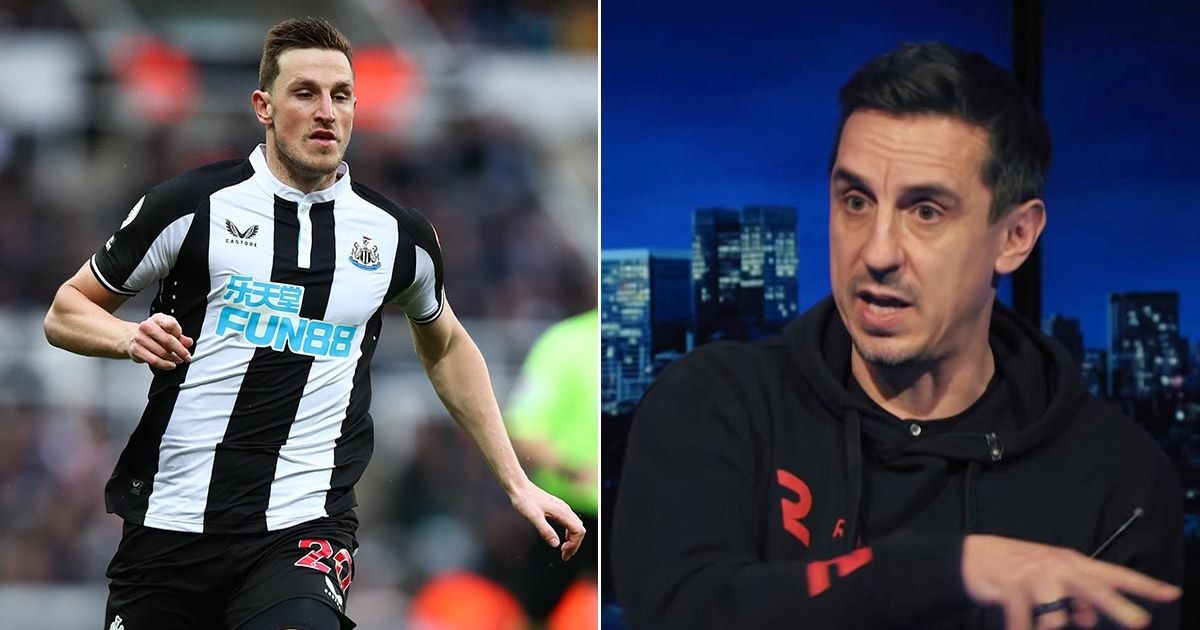 The New Zealand international arrived from Burnley in the January transfer window after the Magpies triggered his £25million release clause, and has offered Eddie Howe’s side a focal point in the absence of injured Callum Wilson

Gary Neville has heaped praise on Chris Wood for his impact on Newcastle United – despite failing to score since joining from Premier League relegation rivals Burnley in January.

The 30-year-old was the club’s second signing under the new Saudi-led ownership and was brought in as extra firepower in order to aid the Magpies’ survival push.

With top scorer Callum Wilson ruled out for the long-term, Eddie Howe needed an addition in attack, turning to the experienced New Zealand international.

Following his mid-January arrival, the Kiwi has been thrown straight into the starting lineup, playing all four games for his new side, in which they have been unbeaten, winning three and drawing once.

Wood has failed to hit the back of the net thus far, however, Neville has praised the ex- Leeds United striker for his performances, labelling him as “a really good signing”.

How many goals do you think Chris Wood will score before the end of the season? Let us know what you think in the comments section below.

The Sky Sports pundit highlighted that there is much more to the 30-year-old’s game than putting the ball in the back of the net, and that is proving crucial to the Toon at present.

Speaking on his self titled ‘ Gary Neville Podcast’ after the win over Aston Villa on Sunday, the Sky Sports pundit said: “I like the signing of Wood.

“He had a big impact on that game today, the little flick-ons that he wins in the last 10 minutes that just keep the ball alive in that corner, means that it’s not coming back at you all the time.

“For me, I think that fixed presence, I don’t think Newcastle have had that for a few years whereby they’ve got someone to be able to play up too.

“Yes, he’s not going to score a great amount of goals. I don’t really care about that to be honest with you.

“It’s not his job in the team to score goals. I know he’s a centre forward and people might find that really strange for me to say.

“I think Wood’s a really good signing, it’s reliable. It’s what was needed.”

Wood has been a guaranteed goalscorer at Premier League level, scoring 10 or more goals in the past four seasons for Burnley in the top flight.

But after netting only three times in the opening half of the season for the Clarets, questions were asked when Newcastle splashed the cash to take him to the North East.

In Wilson’s absence however, he has led the line diligently, dropping deep, linking up play and working tirelessly to cause as much mayhem in the penalty box as he can with his presence and aerial strength.

While his stats may not be pretty, his effort on the pitch and work off the ball hasn’t gone unnoticed.